First off, we have some video encoding benchmarks courtesy of x264 HD Benchmark v5.0. This is simply a test of CPU performance. As expected, the Core i7-7500U helps the BRIX come out on top in both passes. 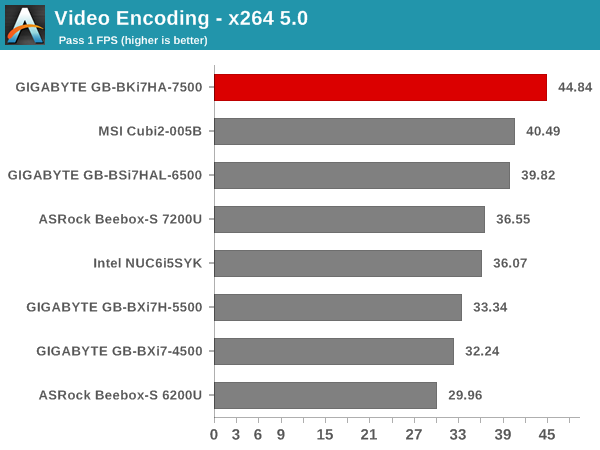 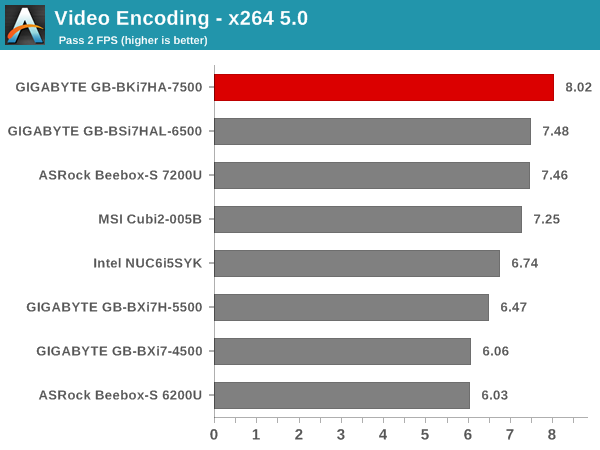 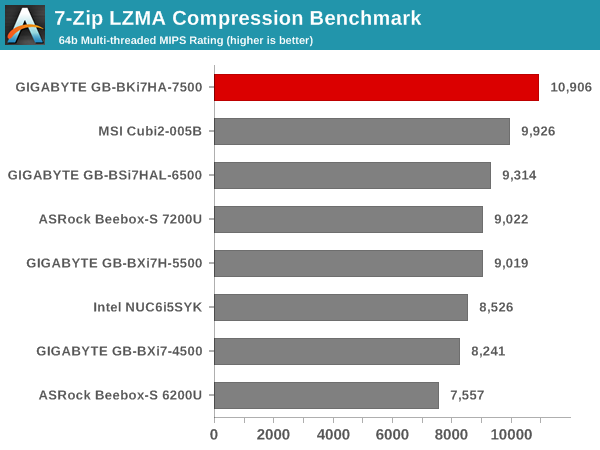 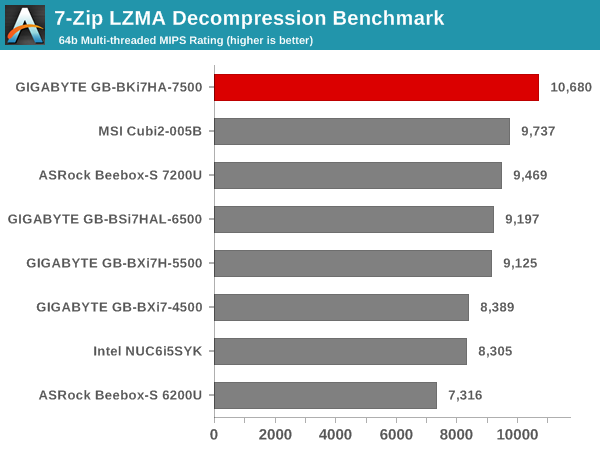 As businesses (and even home consumers) become more security conscious, the importance of encryption can't be overstated. CPUs supporting the AES-NI instruction can accelerate the encryption and decryption processes. The Core i7-7500U has AES-NI support. TrueCrypt, a popular open-source disk encryption program can take advantage of this. The TrueCrypt internal benchmark provides some interesting cryptography-related numbers to ponder. In the graph below, we can get an idea of how fast a TrueCrypt volume would behave in the GIGABYTE GB-BKi7HA-7500 and how it would compare with other select PCs. This is a purely CPU feature / clock speed based test. Note that the BRIX can operate at a higher power level for a longer duration compared to other Kaby Lake UCFF PCs. That explains why the Cubi2-005B comes behind the GB-BKi7HA-7500 in this test despite sporting the same processor. 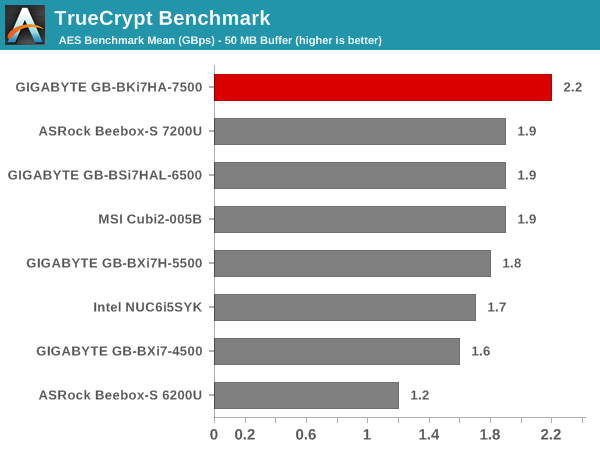 Workloads that stress the CPU for long durations like Photoscan lower the effectiveness of the BRIX configuration. While the initial higher power budget helps the BRIX come out on top in the first three stages, we find that the MSI Cubi2-005B catches up in Stage 4 and starts delivering similar performance. 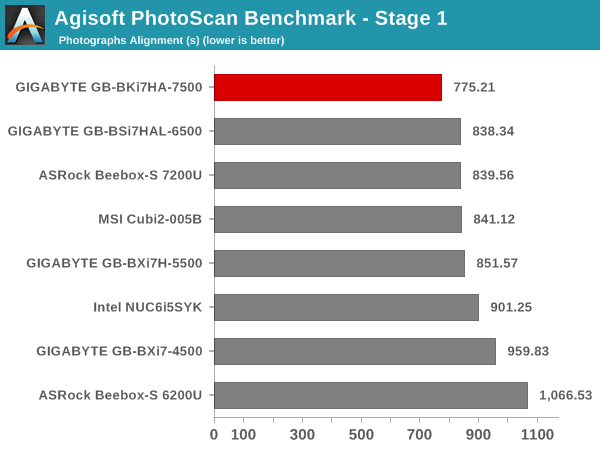 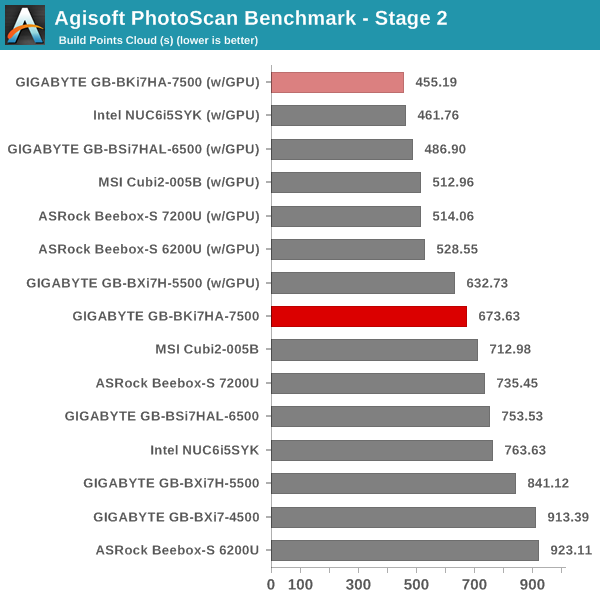 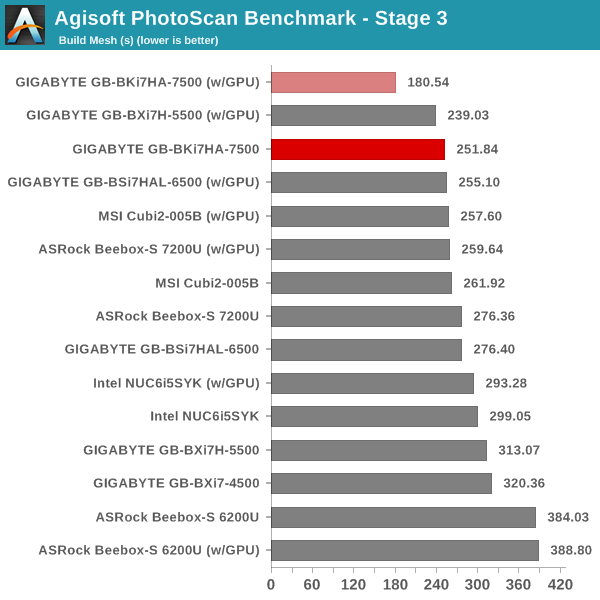 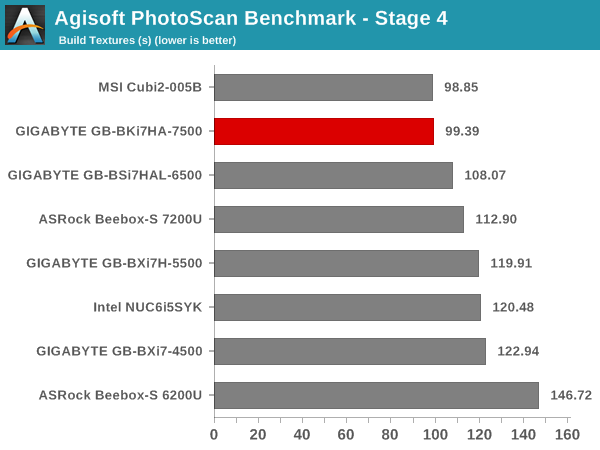 Wrapping up our application benchmark numbers is the Dolphin Emulator benchmark mode results. This is again a test of the CPU capabilities, and the BRIX easily comes out on top amongst the considered PCs. 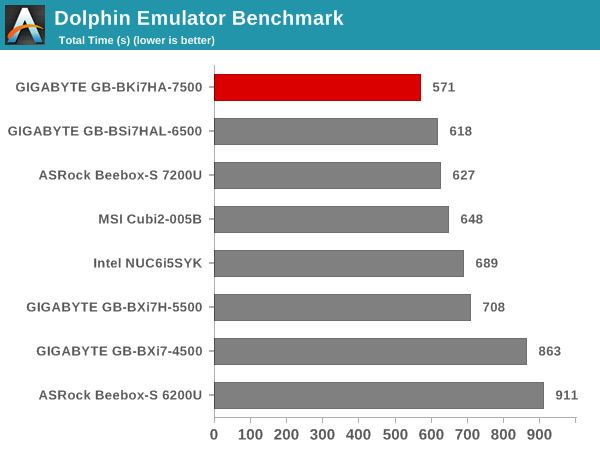