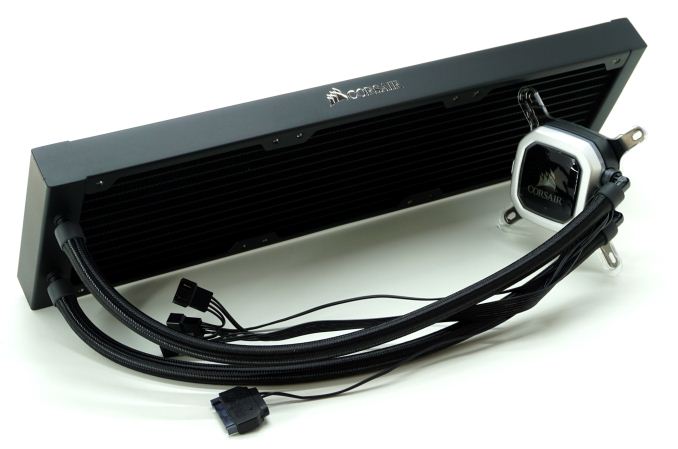 Corsair is one of the oldest companies in the PC market. The company became known for their memory-related products but, following the explosive growth of PCs at the dawn of the millennium, the company began diversifying into other segments of the market. Corsair was reluctant at first, releasing just a couple of new products each time. Most of their attempts were highly successful and driven the company to furiously expand over the last decade, creating the entrepreneurial giant that every computer enthusiast knows of today.

One of the company's most successful products segment today is their all-in-one (AIO) liquid coolers. That is somewhat ironic, considering that the liquid cooling market was one of the company's first diversification targets back in 2003 and their attempt was largely unsuccessful. That was because the product that they marketed back then in collaboration with Delphi, the HydroCool 200, was not successful due to its size, cost, and complexity. Corsair repeated their attempt to claim a piece of the cooling market share many years later after the company had already several other successful diversification attempts and the AIO designs were more mature.

Fast forward to today and the liquid-based AIO coolers are amongst Corsair's most popular products. We have reviewed several of their products in the past, ranging from cost-effective designs to advanced products with a software interface. In this review, we are taking a look at their recently released and largest AIO cooler, the H150i Pro RGB. The H150i Pro is largely based on previous popular AIO cooler designs but is using a massive 360 mm radiator and features programmable RGB lighting.

We received the H150i Pro RGB into a long rectangular box that clearly hints the size and shape of the cooler. The designer did not stick to the usual black-yellow theme that is Corsair's insignia, but instead added a full-color spectrum at the front of the packaging to signify the product's RGB lighting. Information regarding the features and technical specifications of the cooler are printed on the sides and rear of the box. Inside the box, we found the cooler and its parts well protected by a custom cardboard insert.

Corsair supplies all of their advanced Hydro coolers in similarly sized and designed cardboard boxes. Essentially, the only thing that changes is the picture of the product and the color theme. The design is simple but elegant and attractive, with enough information printed on the box and in several languages. Inside the box, the coolers are well protected into a custom cardboard insert. 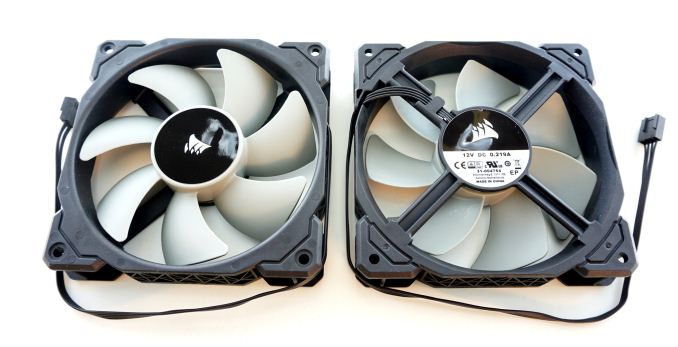 The bundle of the H150i Pro is Spartan, especially considering the premium character of the product, with Corsair supplying only the absolute essentials. Inside the box, we only found the hardware necessary for the mounting of the cooler onto the CPU socket and an internal USB 2.0 header cable. It is also important to mention that Corsair's universal bracket supports most of Intel's and AMD's current processors, yet it is not compatible with the SP3r2/TR4 socket. Corsair mentions that the H150i Pro RGB now supports the SP3r2/TR4 socket via another mounting bracket that was not included into our packaging. 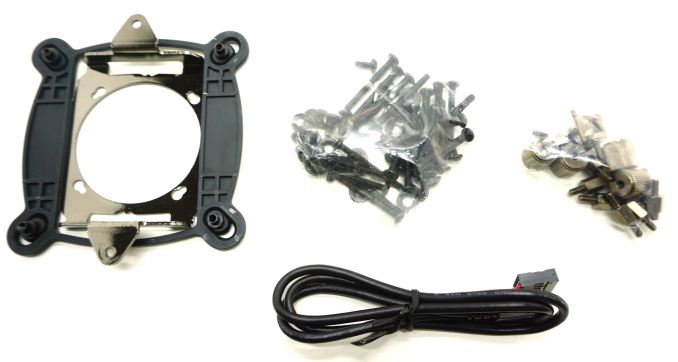 Corsair supplies three 120 mm fans for use with the H150i Pro RGB. The Corsair ML (MagLev) fans are rebranded and so we cannot tell who the OEM behind them is. Nevertheless, these are very high quality fans with magnetic levitation engines. Their plastic frame also is significantly reinforced. According to Corsair's specification sheet, these fans have a maximum rotational speed of 1600 RPM, a maximum static pressure (i.e. zero flow) of 1.78 mmH2O, and a maximum airflow (i.e. open air, no resistance) of 47.3 CFM. These numbers are hardly impressive for an advanced AIO cooler, clearly indicating that the H150i Pro RGB is designed for quiet operation and relies on its massive radiator to provide good thermal performance.