The Biostar A10N-8800E uses a simplistic UEFI firmware with grey and white text on a black background. The grey text signifies that the element is non-customizable, whereas the options in white text provide some function. The firmware is divided into four primary sections with the left-hand side displaying an informative list of information from CPU core speed to the current CPU temperature, date, and time. Across the top is the word ‘Motherboard’, while the central panel houses all of the settings that users can customize such as enabling, or disabling controllers, power settings and even enable the IOMMU function. The last panel sits at the right-hand side of the screen which provides a helpful and informative key listing.

To be honest, from Biostar, I had expected a more legacy BIOS setup with blue-on-blue. The fact that this is somewhat graphical, for a board at this level, is somewhat amazing. 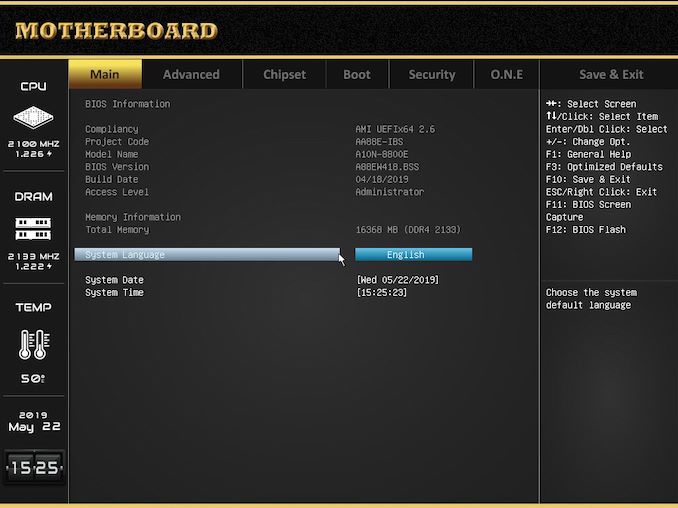 Entering the firmware can be done by pressing the Del key, and upon entering, users will be brought to the initial splash screen. The BIOS information screen is very basic in its layout and offers a list of information such as the compliance of the firmware, the version installed, and it's build date. Users can also customize the system date and time. 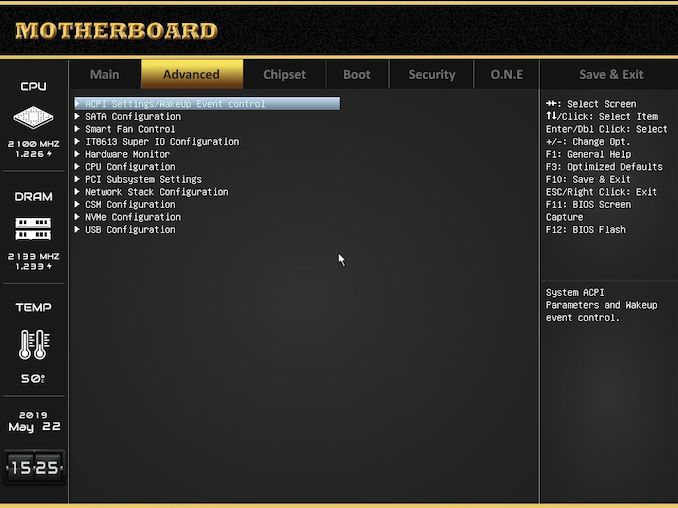 Within the advanced tab, users can access the majority of the core settings within the firmware. This includes the SATA configuration, the smart fan control, CPU configuration, and the CSM configuration. Users looking to alter or customize the built-in power settings such as PStates, these can be found within the CPU Configuration sub-section. 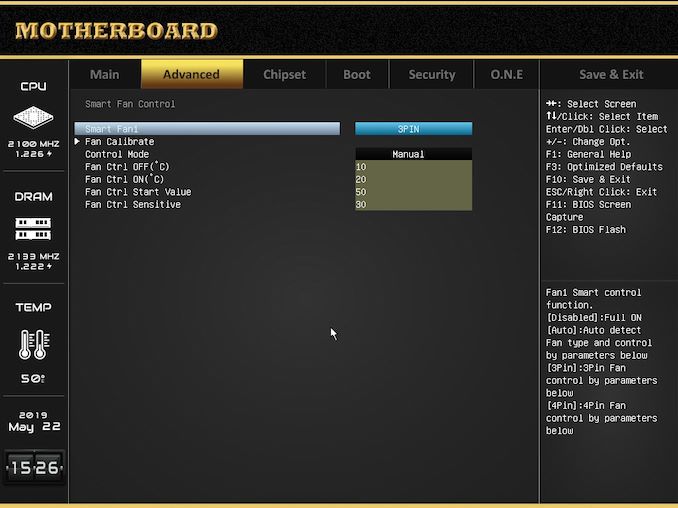 The fan control section of the Biostar A10N-8800E firmware is somewhat primitive with a basic set of adjustable temperature parameters including off, on, a start value, and allow users to select between an automated control mode and manually. There is an option to calibrate the selected fan, but there is no option to sync between the two available fan headers. 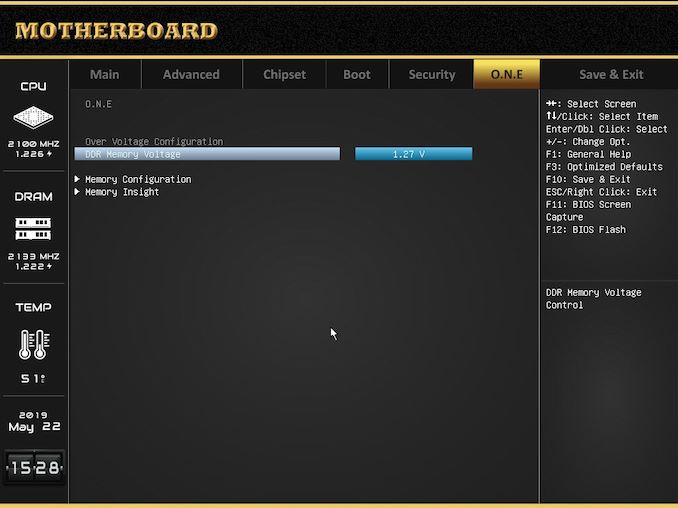 Where users would usually find Biostar’s overclocking options, the O.N.E section contains a very basic set of options with no CPU core clock control or voltage configuration. The only option users can overclock is the memory with two different DDR memory voltage settings; default or overvolted at 1.27 V. Users can also select the memory frequency, although options here are limited to 2133 MHz which is the maximum frequency the AMD FX-8800P processor supports.

Overall the firmware on the Biostar A10N-8800E SoC motherboard is easy to navigate, is clear and concise, and for the platform it represents, doesn’t really need anything over the top to make it effective. The user interface works well with the white text on a dark grey/black background, and the basic fan control within the firmware is quite useful.

Bundled with the A10N-8800E is a software installation disc which contains all of the available drivers and software applications supported by this AMD Carrizo based SoC motherboard. 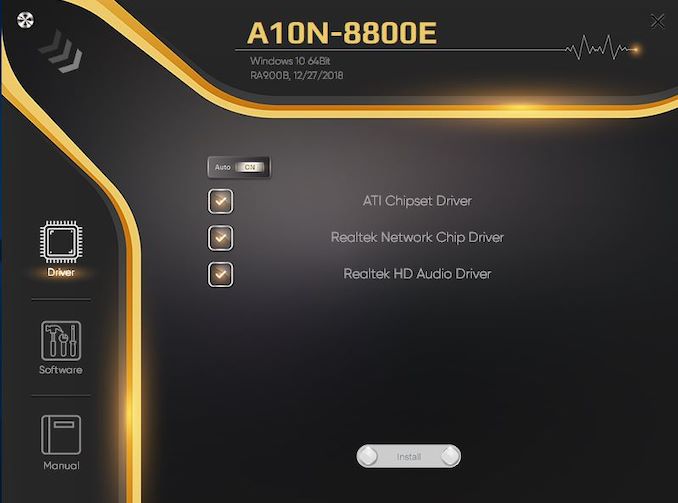 There are limited software and driver options available with A10N-8800E which include an ATI Chipset driver, a Realtek networking and audio driver, as well as a BIOSCreen utility, eHot-Line utility, a temperature monitor, and a BIOS updater. 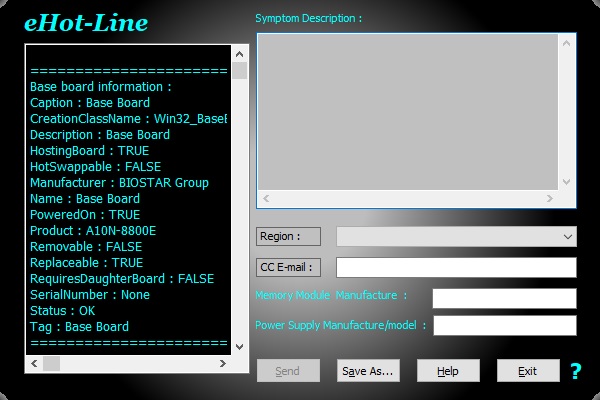 Biostar's eHot-Line software allows users to contact Biostar directly in regards to any diagnostical related issues and current issues in which the less tech-savvy may not adept at dealing with. It allows users to input basic information such as memory module brand for potentially incompatibility issues, as well as the power supply model which could provide useful information to Biostars support team in helping diagnose issues. The software allows you to copy in other users via the use of the CC E-Mail option.

Also included in the software is a basic temperature monitor which provides users with temperature from two onboard sensors with the minimum, current, and maximum values all available for viewing. The GUI is very archaic and Biostar hasn't put any extra research into the design of the skin, but it's effective and it works absolutely fine. 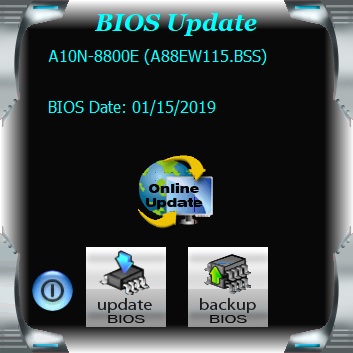 With motherboard vendors updating firmware quite regularly in this day and age, Biostar has also included a basic variant of its BIOS Update utility. Users can simply download the BIOS from the download section on the official product page, There are options to update the BIOS from the downloaded file, and there's also the option to backup the current BIOS just in case there are complications with the new BIOS; users can simply flashback from the back up file by going through the same process.

Overall the software bundle is similar to the accessories with the Biostar A10N-8800E motherboard, simplistic, useful, but more to the point, they do the intended job without fanfare which is important for a product such as this.