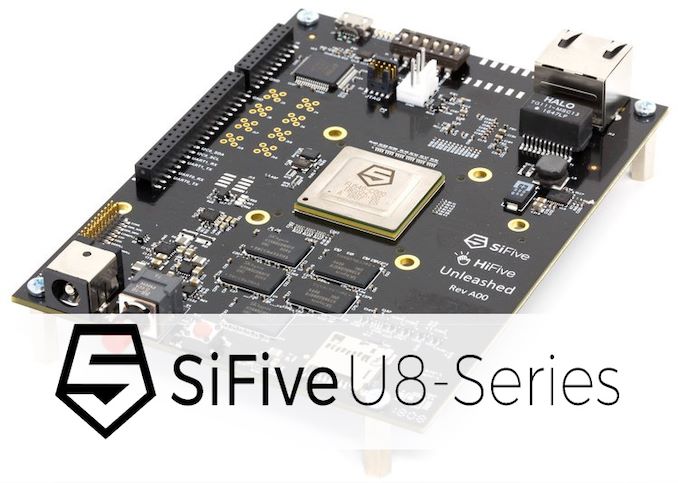 In the last few year’s we’ve seen an increasing amount of talk about RISC-V and it becoming real competitor to the Arm in the embedded market. Indeed, we’ve seen a lot of vendors make the switch from licensing Arm’s architecture and IP designs to the open-source RISC-V architecture and either licensed or custom-made IP based on the ISA. While many vendors do choose to design their own microarchitectures to replace Arm-based microcontroller designs in their products, things get a little bit more complicated once you scale up in performance. It’s here where SiFive comes into play as a RISC-V IP vendor offering more complex designs for companies to license – essentially a similar business model to Arm’s – just that it’s based on the new open ISA.

Today’s announcement marks a milestone in SiFive’s IP offering as the company is revealing its first ever out-of-order CPU microarchitecture, promising a significant performance jump over existing RISC-V cores, and offering competitive PPA metrics compared to Arm’s products. We’ll be taking a look at the microarchitecture of the new U8 Series CPU and how it’s built and what it promises to deliver. 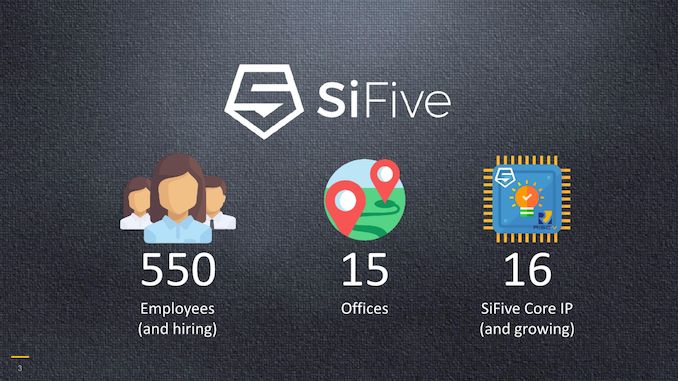 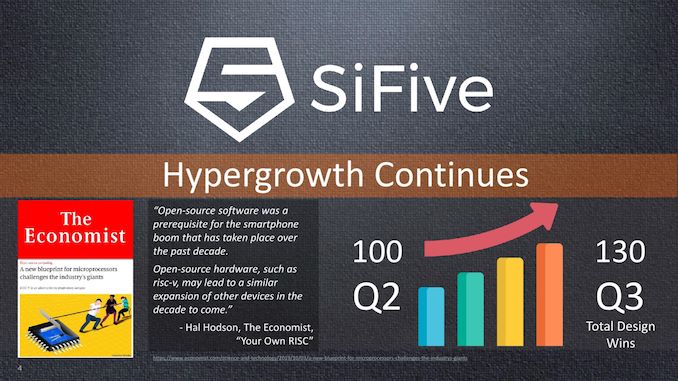 As a bit of background on the company, SiFive was founded in 2015 by the researchers who invented the RISC-V instruction set at UC Berkeley back in 2010. The company’s goal was to develop and implement CPUs and IP based on the RISC-V ISA and produce the first hardware based on the technology. The company first full-blown CPU IP that was able to run a full OS such as Linux was the U54 series which was released in 2017, and ever since SiFive has been in an upward trend of success and hypergrowth.

Up until now, it’s been relatively unsurprising that if you’re designing a new CPU based on a new ISA, you first start out small and then iterate as you continue to add more complexity to your design. SiFive’s U5 and U7 series as such have been relatively more simplistic in-order CPU microarchitectures. While offering functionality and being very cost-effective options and alternatives compared to Arm’s low-end and microcontroller cores, they really weren’t up to the task of more complex workloads that needed more raw performance. 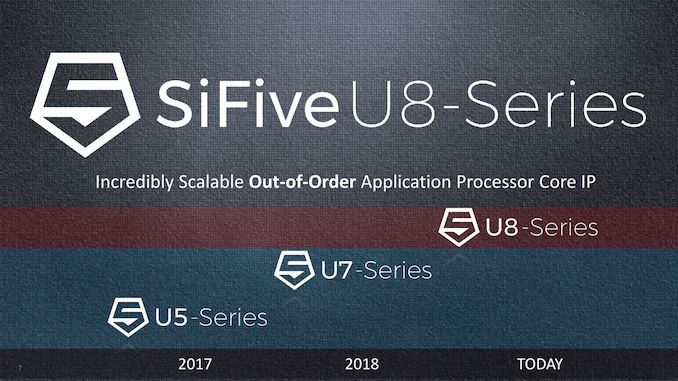 The new U8-Series addresses these concerns by massively improving the performance that can be delivered by the new microarchitecture – outpacing the U54 and U74 by factors of up to 5-4x, a quite significant performance jump that we don’t usually see very often in the industry. 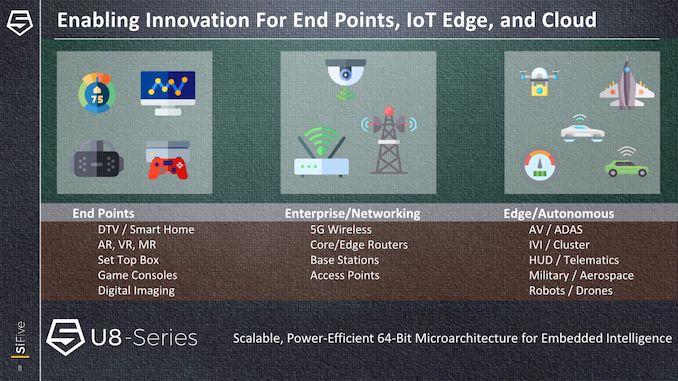 The new CPU IP’s performance promises to vastly expand SiFive’s and the RISC-V’s ecosystem viability in end-point products, and really be able to offer alternatives to the embedded Arm products in the world today and in the future. 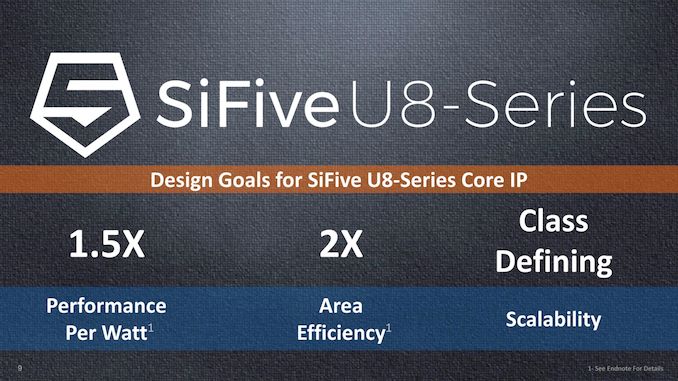 SiFive’s design goals for the U8-Series are quite straightforward: Compared to an Arm Cortex-A72, the U8-Series aims to be comparable in performance, while offering 1.5x better power efficiency at the same time as using half the area. The A72 is quite an old comparison point by now, however SiFive’s PPA targets are comparatively quite high, meaning the U8 should be quite competitive to Arm’s latest generation cores.