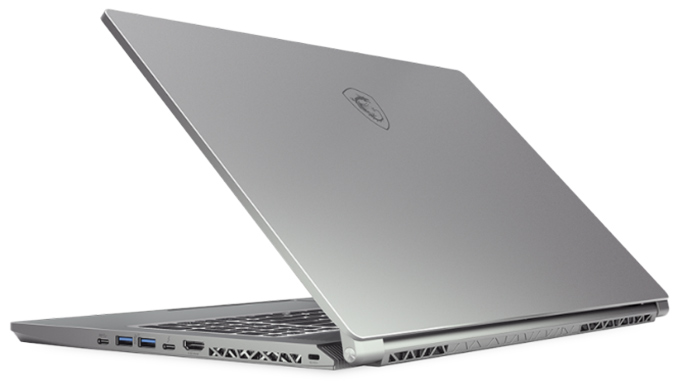 Mini LED-based Full Array Local Dimming (FALD) backlighting significantly improves brightness and contrasts of contemporary LCD monitors particularly when it comes to HDR games and videos. By now, a few companies have released desktop displays and televisions with Mini LEDs, but so far technology has not taken off. As it turns out, MSI is also prepping a Mini LED-powered product, its Creator 17 laptop.

The central part of the MSI Creator 17 notebook is its Ultra-HD 17-inch display with a Mini LED-based backlighting that boasts a 3840×2160 resolution as well as a peak brightness of 1000 nits, a not-so-common combination even for desktop LCDs and a unique for mobile PCs. Also, MSI says that the monitor can reproduce 100% of the DCI-P3 color space.

MSI does not reveal what is inside its Creator 17 desktop replacement notebook, but it is reasonable to expect the machine to have enough horsepower to run demanding DCC applications since this PC is clearly designed primarily for content creation. To some degree, a Thunderbolt 3 port and a UHS-III SD card reader (one of the industry’s first, by the way) highlight the target market for this mobile PC.