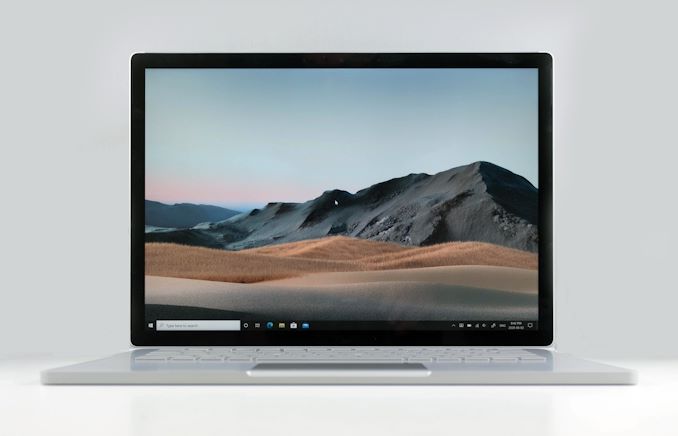 The PC industry has introduced some remarkably exciting designs over the last five years or so. Some of those designs, such as the thin-bezel laptop, have been adopted by almost all players in the industry. Microsoft has certainly been an innovator in the space as well, and the Surface Pro series has become the baseline for an entire category that did not exist in any volume before their launch.

But almost certainly, one of the quirkiest designs to come out of the Surface group has been the Surface Book. First launched in 2015, the Surface Book took an unusual approach to convertible laptops, incorporating an electromechanically detachable screen, and putting processors in both halves of the laptop. The original Surface Book was succeeded by the Surface Book 2 in 2017, and recently Microsoft launched the third generation of their most powerful notebook computer.

With Surface Book 2, Microsoft first introduced the 15-inch version of the notebook, and for 2020, the company is continuing to offer both 13.5-inch and 15-inch models. The electromechanically detachable tablet portion is certainly the highlight feature, and one which the entire design hinges on, pun intended. Microsoft’s Dynamic Fulcrum hinge, which expands the footprint of the base as the laptop is opened, is what provides the Surface Book with its very unique look and feel. Fittingly, for Surface Book 3, Microsoft has opted to keep chassis virtually identical to its predecessor. 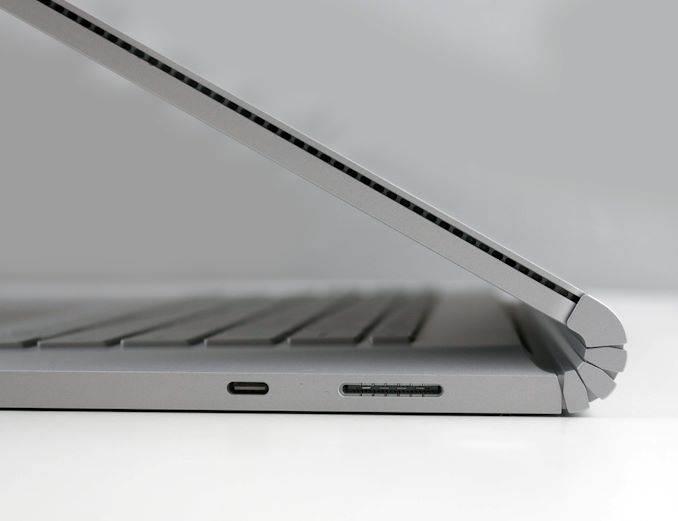 Instead the Surface Book 3 is all about the internal upgrades, and they are all significant. The new Book gets an infusion of Intel's Sunny Cove CPU architecture in the form of their newest Ice Lake platform. Built on the company's 10 nm process, it is the first major architectural change since 2015's Skylake, and brings with it more performance, better power management, and a much-improved iGPU. Microsoft has also included the latest NVIDIA GPUs targeting laptops in 2020, with the smaller 13.5-inch Surface Book 3 offering an optional GeForce GTX 1650 Max-Q, while the larger 15-inch model sports the GeForce GTX 1660 Ti Max-Q, both of which are nice steps up in performance over the previous generation's GTX 1050, and GTX 1060 offerings. Also in a first for Surface, the new Book 3 is also optionally available with a NVIDIA Quadro RTX 3000, one of the company's professional-focused GPUs.

The move to Ice Lake also means that for the first time, the Surface Book 3 is now available with up to 32 GB of LPDDR4X RAM, double the maximum capacity versus the previous generation. The 16 GB limit was a function of previous Intel laptop CPUs only supporting LPDDR3, and for a laptop that competes against powerful opponents, this is an important addition.

Although Microsoft still seems reluctant to include Thunderbolt 3 support, they did add a USB Type-C connector on the previous Surface Book 2. That port is now upgraded to USB 3.2 Gen 2, as are the Type-A ports. The Surface Connect charging / docking connector also gets a substantial upgrade as well, and now finally allows two UHD 60 Hz display connections via the new Surface Dock.

As for wireless connectivity, Microsoft if finally moving away from Marvell network adapters as well. As a result, the Surface Book 3 goes all-Intel, using the company's AX201 adapter with Wi-Fi 6.

Past this, the Surface Book 3 sees a relatively minor refresh for 2020, with no cosmetic changes, but certainly welcome changes under the hood. When the Surface Book first launched, it was one of the most interesting laptops on the market. Now, five years later, let us see how that design holds up with some fresh internals.