Decked out in all-black, the MSI MEG Z690 Unify is a prime example of a motherboard that doesn't need RGB LED lighting to look good. Despite not including any RGB LED lighting on the board directly, it does have plenty of headers for users looking to add their own RGB LED strips, including one 4-pin RGB, two 3-pin RAINBOW LED, and one 3-pin Corsair RGB header. From left to right, there's a large metal rear panel cover with large and rugged power delivery heatsinks. Even towards the lower portion of the board, MSI covers as much of the PCB as possible with a wave of M.2 heatsinks and a large flat black chipset heatsink.

For cooling, MSI includes a total of eight 4-pin headers, with one for a CPU fan, one for a water pump, as well as six designated for chassis fans. Located in the top right-hand corner of the board is a two-digit LED debugger for diagnosing system POST faults. There's also a dual BIOS selector switch, a power button, and a reset button, which can be found in the bottom right-hand corner. 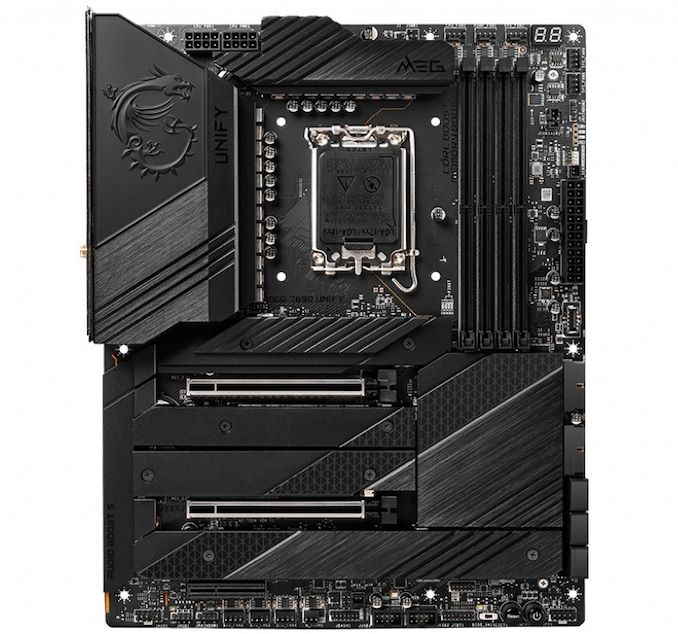 Located in the top right-hand corner of the ATX-sized PCB is a total of four memory slots. The memory slots have one installation clasp per slot, which is found at the top of the slot. MSI includes support for fast speeds of up to DDR5-6666, with a combined tested capacity limit of 128 GB.

Focusing on the bottom half of the motherboard, the MSI MEG Z690 Unify has two full-length PCIe 5.0 slots that can operate at x16 and x8/x8, with a half-length slot electronically locked down to PCIe 3.0 x4. On the storage side of things, MSI is using a lot of PCIe lanes in this area, with a total of five M.2 slots. This includes three PCIe 4.0 x4, one PCIe 4.0 x4/SATA, as well as one PCIe 3.0 x4 M.2 slot. 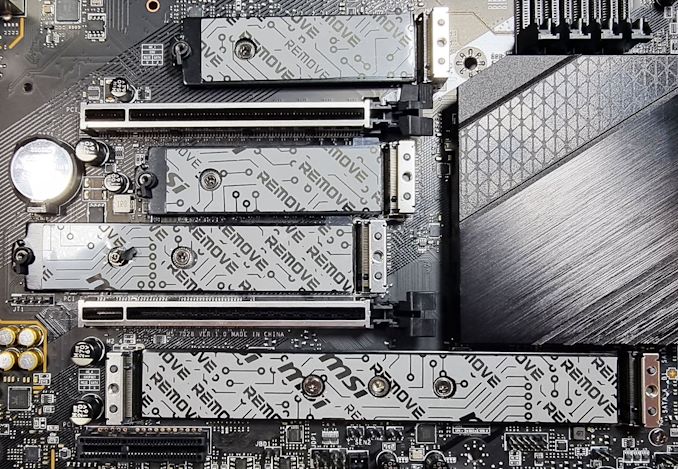 Each of the M.2 slots includes M.2 heatsink coverage, while for SATA-based devices and drives, MSI includes six SATA ports. Four of the SATA have support for RAID 0, 1, 5, and 10 arrays, while an ASMedia ASM1061 SATA controller drives the remaining two SATA ports. 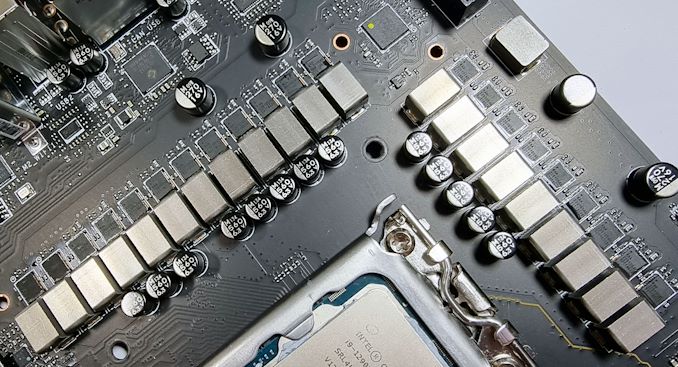 The MSI MEG Z690 Unify has a large 21-phase power delivery, with nineteen Renesas RAA22010540 105 A smart power stages dedicated to the CPU VCore, and offers up to 1995 A just for the processor. This is more than enough for overclockers to push things to the limit with both ambient and sub-ambient cooling types. There are two RAA22010540 40A power stages for the SoC, with the power delivery being regulated by a Renesas RAA229131 20-phase PWM controller operating in a 19+2 configuration. Providing power, the processor is a pair of 8-pin 12 V EPS CPU power connectors. 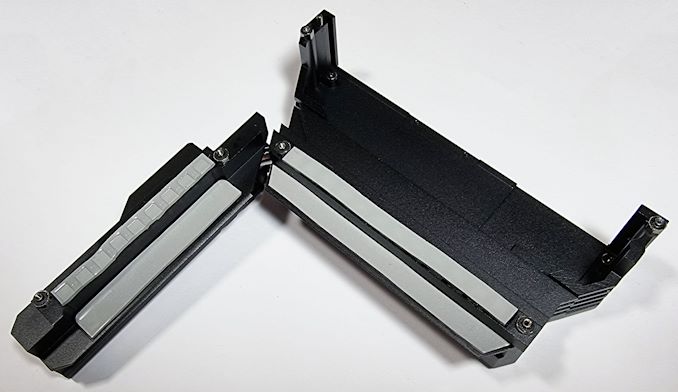 Cooling the large 21-phase power delivery is a chunky heatsink with two main sections. The main section is built around the large rear panel cover with a single heat pipe connecting both sections of the power delivery heatsinks together. It has quite a bit of weight to it and includes deeply channeled fins designed to catch passive airflow when installed into a chassis.

Looking at the audio section of the PCB, MSI is using a Realtek ALC4080 HD audio codec with no EMI shielding. It uses five large Japanese Gold Nichion audio capacitors, with a flank of six smaller ones. MSI includes PCB separation from the rest of the board, with a thin metal cover that hides it away when installed into a chassis.

On the rear panel, the Z690 Unify includes one USB 3.2 G2x2 Type-C, seven USB 3.2 G2 Type-A, and two USB 2.0 ports. The Unify lacks any video outputs, so no integrated graphics support is featured at all. For integrated audio, there are five 3.5 mm audio jacks and S/PDIF optical output powered by a Realtek ALC4080 HD audio codec, while MSI also includes a PS/2 combo port, a clear CMOS button, and a BIOS Flashback button.

MSI also has a solid array of networking capabilities on the Z690 Unify, with two Intel I225-V 2.5 GbE controllers and a premium Intel AX210 Wi-Fi 6E CNVi offering both wireless and BT 5.2 connectivity. 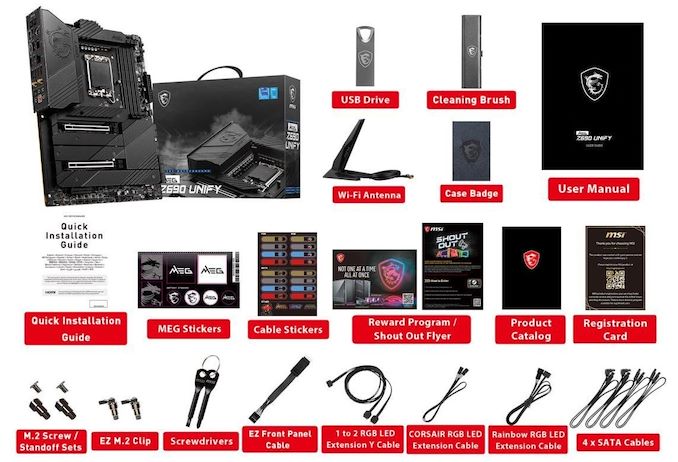 Included in the box with the MSI MEG Z690 Unify is a varied and wide selection of accessories. The most notable of these include the Intel AX210 WI-Fi 6E CNVi antenna, MSI branded screwdrivers, an MSI cleaning brush, a USB stick with the relevant software and drivers, as well as four black SATA cables. MSI also includes M.2 screw kits, cable stickers, an MSI case badge, a user manual, and RGB extension cables.