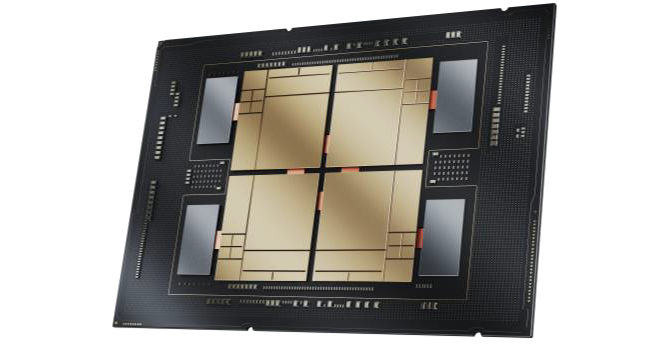 Alongside today’s disclosure of the Rialto Bridge accelerator, Intel is also using this week’s ISC event to deliver a brief update on Sapphire Rapids, the company’s next-generation Xeon CPU which is shipping later this year. While Intel has been beating the drum for their forthcoming, 4th Generation Xeon Scalable chip for a while, we have yet to hear anything of significance about its expected performance – particularly in the HPC space. So ahead of its formal launch a bit later this year, Intel is finally talking a bit about the expected performance of the HBM-equipped version of the chip, which is aimed in particular at the HPC/supercomputing crowd.

Intel’s first tiled Xeon processor, Sapphire Rapids is also Intel’s first CPU to offer optional on-chip HBM memory, which is being dubbed Sapphire Rapids Plus HBM. The addition of 64GB of HBM2e makes it a fairly complex and expensive chip, but also one with access to far more memory bandwidth than any x86 CPU before it. As a result, the chip is of particular interest to a subset of the high-performance compute community, as it offers an alternative route for workloads that aren’t suitable for GPUs, but still need access to vast amounts of memory bandwidth.

As part of their ISC presentation today, Intel is releasing two slides with performance figures for the HBM version of Sapphire Rapids (Sapphire Rapids Plus HBM). The idea here is to show off the combination of architecture improvements – and in particular, the dedicated accelerator blocks – combined with using 64GB of HBM2e memory to keep those blocks well fed. The pre-production processors are being compared to Intel’s Xeon Platinum 8380 (Ice Lake-SP) chips. 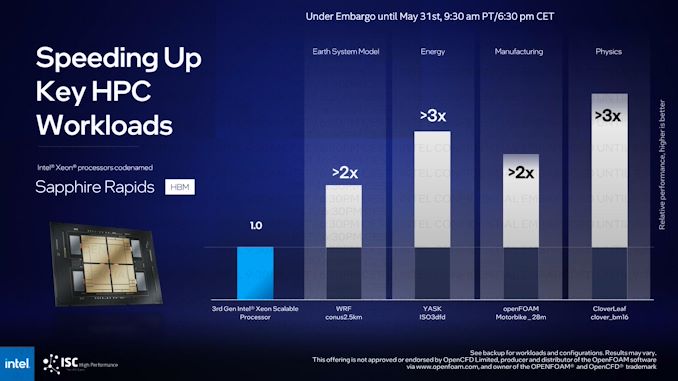 Bearing in mind that these are going to be cherry-picked performance figures, Intel is seeing anywhere between a 2x speed-up in things like the WRF weather forecasting model, to over a 3x improvement for the CloverLeaf Euler equation solver. Both of which are somewhat narrow use cases, but important ones for the HPC market segment.

Sapphire Rapids Plus HBM is due to be released alongside the rest of the Sapphire Rapids family later this year. According to Intel’s current roadmaps, it is due for a successor in the 2023 timeframe, before the entire HBM-equipped Xeon lineup is due to be rolled into the Falcon Shores XPU in 2024. 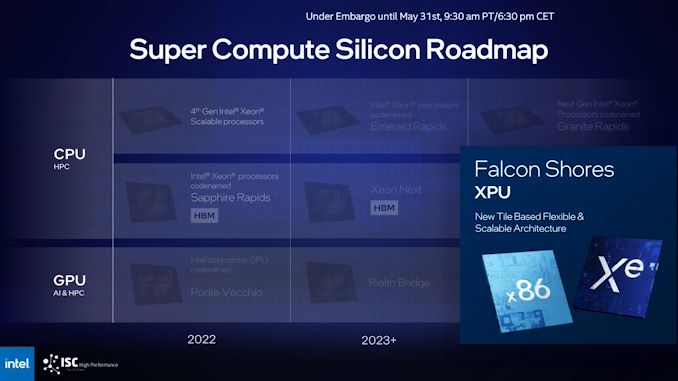