If you read our launch piece, you’ve probably already heard and and seen much of what I’m going to talk about regarding the Surround’s camera. That said, things have been fleshed out a bit since the launch piece.

First off, the Surround packs a 5 megapixel camera with LED flash. Photos are 2592 x 1944 on the Surround and average around 4.5 MB between 700 kilobytes and 1.6 MB (update: mistake on my part), which translates to a lot of compression. Interestingly enough, the WP7 camera interface on the HTC Surround only lets you change shooting resolution (from VGA to 5 MP in 1 MP steps), not how much photos are compressed. The camera again can be launched either by holding the camera button for 4 seconds with the device off, by pressing the button while it is on, or by launching it from the applications list. Launch is pretty speedy averaging almost exactly 2 seconds from tap to live preview. 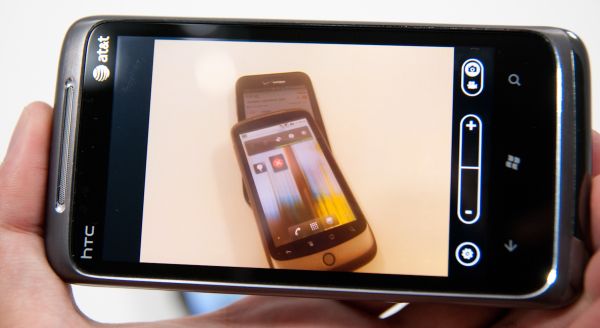 When I put the photos in our smartphone camera bench gallery, I accidentally missed one - the very last one. When I settled on the locations for our camera bench, I didn’t realize that the one at the very end would actually be the most useful. It features a wide range of colors, varying spatial frequencies (small and large objects on various backgrounds), and best of all, controlled lighting. Anyhow, that photo is now in the gallery and below:
Gallery: Smartphone Camera Bench
Likewise, there are photos from the Surround in our more controlled lightbox tests with the lights on and off:
Gallery: Lights On - Controlled Smartphone Camera Comparison
Gallery: Lights Off - Controlled Smartphone Camera Comparison
The photo taken with the Surround in the dark does have a noticeably blue cast which is a bit strange, and illumination isn’t as even as some of the dual LED flash phones. That said, exposure in the center is dead on even in the darkness.
Unfortunately, WP7 (at least on the Surround) neglects to illuminate the scene with the LED flash while running the autofocus routine with the shutter button pressed halfway down. The result is that shooting photos in darkness or near darkness results in missed focus a lot of the time. The capture flash in darkness is double - one dim followed closely by one bright, so it’s obviously pre-illuminating the scene with the flash for the sake of metering, and then capturing, but focus is somehow left out.
This is admittedly something that a ton of smartphone vendors are getting wrong in their products, but I’d like WP7 to get it right. If there’s an LED flash onboard that can be left on continually without overheating, use it to illuminate the scene during autofocus, tap to focus, or whenever showing a preview in pitch darkness. Just do it. Otherwise it’s virtually impossible to compose the scene or know if you’re at focus. For devices with a Xenon flash, obviously this isn’t possible, but it’d be nice to see continual illumination leveraged in a useful manner whenever possible.
In good illumination, the Surround’s camera isn’t much better than HTC’s other cameras I’ve tested thus far. Specifically, there’s a ton of extra sharpness that is being added, which is very apparent when viewing almost any of the images 1:1. The level of sharpness rivals (if not exceeds) the HTC Incredible.
But what’s strange about the Surround is that its focal plane is very curved. Check out this photo of the ground taken completely normal to it. 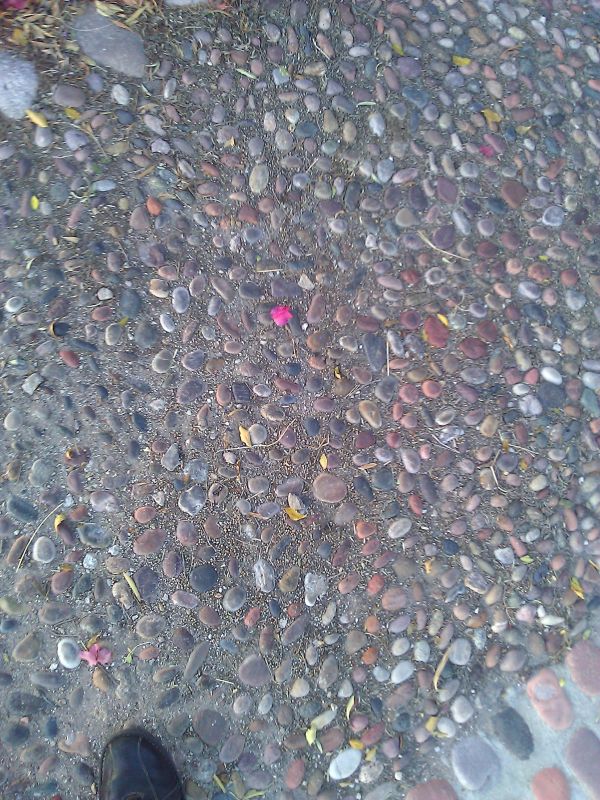 Note how field dependent focus is. It’s clear there’s some very field dependent aberrations (most dominantly, field curvature) contributing to a strong increase in softness at the edges. The Surround is the first device I’ve noticed with so much field curvature that I felt it was worth noting, but I’m going to start rigorously testing more smartphone cameras for it. Overall, I’m not super impressed with the Surround’s camera. It’s totally fine for casual throwaway shots, but still reminds me a lot of the Nexus One’s all around mediocre performance. You can compare for yourself and see in the galleries.
Screen: Brightness, Contrast, Quality Camera - Video
Tweet
PRINT THIS ARTICLE
Comments Locked