The Microsoft keynote at CES last night reiterated a lot of what we already know about Windows Phone 7, and fleshed out the software giant's plans for its mobile phone operating system in 2011. Part of those plans include a much needed update bringing copy and paste, some dramatic performance improvements, and support for CDMA carriers stateside like Verizon and Sprint. 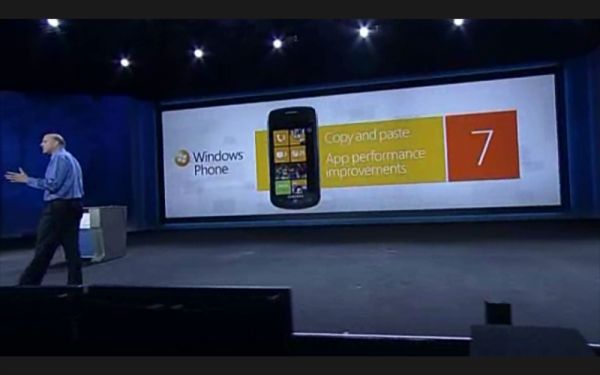 Since finishing our mammoth Windows Phone 7 review, Anand and I both have been regularly using our respective WP7 devices. He's got the Focus and Optimus 7, and I'm still carrying around the working HTC Surround - as an aside, I still feel like I got screwed since I have the only phone out of the three with no dialer codes or cool tethering hacks. ;)

Anyhow, what's become pretty apparent using the devices much more is that third party application launch times can be pretty long. One of the most noteworthy workflows that comes to my mind is something I do almost continually - switch between browsing the web, and twitter. On WP7, the nice thing is that you can navigate back and forth by using the back button, but the problem is that because WP7's Twitter application quits and doesn't keep running in the background, you have to wait the entire launch time each time you switch between the two. For first party applications on WP7 that seem to keep running constantly, this isn't a problem, in fact, those are all super speedy, but some games and applications can take much longer than I'm used to on the fastest of Android devices or iPhone 4. To give you an example - it takes 7.1 seconds to launch Twitter on my HTC Surround.

Most of this I originally attributed to being a disk I/O problem, possibly stemming from the fact that WP7 mounts NAND and storage like internal microSD cards in a big JBOD. What we learned today is that disk I/O isn't the problem, the problem is memory management and how WP7 applications load assets into memory.

We also recorded a video which really showcases the somewhat dramatic performance difference and loaded those games up, which I'll post whenever the glacially-slow WiFi here permits. The device we tested on was a Samsung Taylor running a build of WP7 versioned 7.0.7353.0. For comparison, retail WP7 devices are running 7.0.7004.0.

The WP7 performance updates really only address application load times. We were told there are other optimizations in other areas, but most are relatively minor and don't have an appreciable difference. I asked about whether JavaScript or general loading performance in the browser would see a bump and was told the update would not bring any improvements in that area.

The next part of the update is of course copy and paste support. WP7's implementation looks a lot like what we expected it to - tapping on text highlights it, two triangular handles appear below, and a copy icon hovers above. Tapping that copies the selection into the clipboard. Next time you're in an appropriate field, at the far left of the autocorrect bar is a paste symbol. It's a little rough, and I wish there was a magnification effect or some cursor aide like exists in Android 2.3, but copy and paste is there. 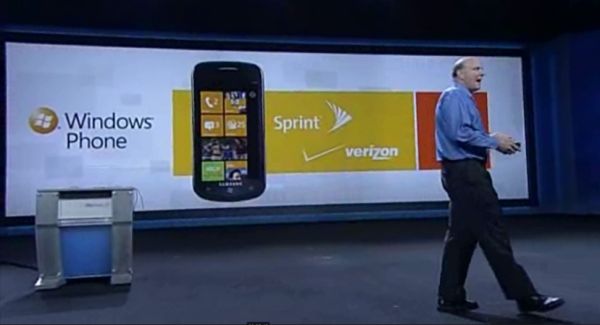 Finally, the update brings necessary changes to the software stack to play nice with CDMA2000/EvDo wireless networks like Sprint and Verizon in the US.

What's a little bit disappointing about the whole thing is that Microsoft is being uncharacteristically vague about how fast these updates will roll out. The software update is due out in the next "couple of months," and CDMA devices on Verizon and Sprint are due out sometime in the first half of 2011. Previously, Microsoft promised a crawl, walk, run launch strategy for WP7, with rapid fire platform updates that would quickly fill in the gaps. As long as "couple of months" turns out to be under two or three, that's probably fine, but much more would really seem excessive.