Microsoft’s first serious foray into tablets came just after the turn of the new millenium, with Bill Gates demonstrating the first tablet PC prototype onstage at Comdex in the autumn of 2000. From there, OEMs started releasing tablets based on Windows XP Tablet PC Edition in 2002, with a full range of pen-enabled slates and convertibles releasing over the next few years. In addition to oftentimes prohibitive cost, each had its own set of drawbacks. Convertibles tended to be quite bulky compared to their notebook counterparts (the ThinkPad X-series being a notable exception), while slates were rather difficult to use - a symptom of shoehorning a desktop operating system into a purely touch-centric form factor. 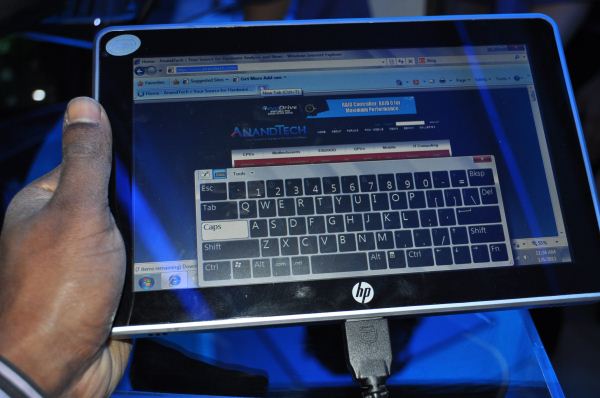 Fast forward a decade, to the beginning of 2010. After a number of conceptual non-starters in the tablet PC space - building tablet PC support into all editions of Windows Vista and 7 (other than Basic/Home Starter), the entire Origami class of devices - Microsoft’s touchscreen devices were floundering. The iPad had been announced to mixed reaction but an extremely high level of anticipation. Microsoft and HP countered with the Slate 500, an Atom-based device shown off at CES 2010 with solid state storage and Windows 7 in roughly the same form factor as Apple’s iPhone OS-based ARM tablet. With speculation pointing to a pricetag of just $549, the Slate appeared to be the most viable hope Microsoft had in trying to make mainstream headway with the tablet PC concept. But shortly after the iPad shipped in April 2010, rumors of the Slate’s demise started to circulate, and after a six month delay, the Slate 500 started shipping as an enterprise-only product in December of that year for $799. HP’s acquisition of Palm (RIP) definitely played a role in the sidelining of the Slate, but more importantly, it essentially spelled the end for the tablet PC. This was news that was perhaps known already, but the Slate saga officially pulled the plug on Microsoft’s original idea of what a tablet was.

The problem was two parts software, one part hardware. Microsoft had developed a very interesting touch-oriented user interface for its handhelds, so at least one part of the equation was relatively straightforward. The hardware issue came down to this: the iOS and Android tablets succeeding in the market ran off ARM system-on-chips, which resulted in slim, power-efficient tablets that had idle times stretching for days. At the time, there was just nothing in terms of x86 hardware that could compete with that in low-power device realm (Clover Trail and Haswell, of course, change this part of the story considerably). The other question? How to converge the touch-centric UI with the classic desktop environment that had been the corner of Windows dating all the way back to 95. 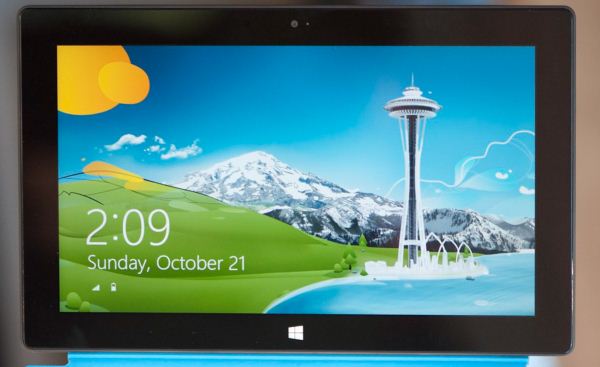 Meet Windows RT. It’s Microsoft’s first major foray into the modern tablet market, the shipping version of Windows-on-ARM, and it’s one of Microsoft’s most important product launches ever. Windows 8 shares the same touch-friendly user interface, but the ARM silicon makes RT an almost entirely tablet-centric operating system, the first for Microsoft. Combined with the focus on premium hardware experiences, this is Redmond’s most serious push to be competitive with the iOS and Androids of the world. How does it fare? Keep reading.