People underspend on peripherals. There, I said it. Paying up for quality, be it a keyboard, a mouse, or a gaming headset, usually results in a measurably better experience. I watched my best friend's boyfriend's face light up when he started talking about the Corsair K70 keyboard I recommended to him, and it's not an unusual reaction: people often don't know how good things can be.

Gaming headsets are a trickier proposition. First, audiophiles should just close this review now, because these products straight up aren't for you. That's not to say these headsets offer poor sound quality, but they're not calibrated for and not designed for studio accurate sound. Their primary reasons for being are to produce an immersive gaming experience with usable positional audio and to offer decent microphone communication for VoIP. For these products, the issues turn into whether or not the headset is comfortable, sound is at least of palatable quality, the positional audio is effective, and the features included are useful. 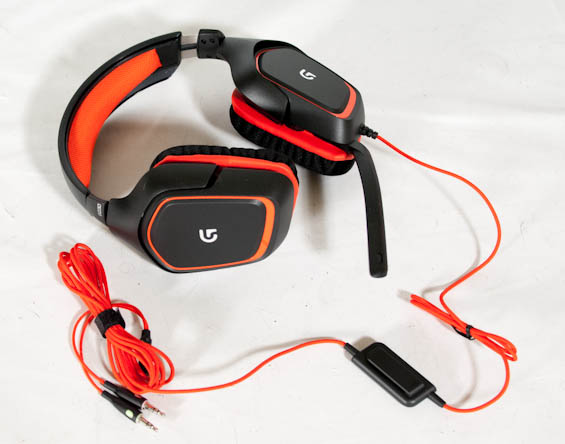 The G230 isn't quite Logitech's "entry level" headset, but it's definitely a barebones affair. Fit and feel with glasses on wasn't ideal but was pretty good. You're not going to need Logitech's G-series software for this kit, which only uses minijacks for the headphone and mic connections. The in-line control unit allows you to adjust volume and toggle the microphone on and off.

Its best feature is that it has very strong, eardrum rattling bass and produces a pretty crisp sound overall. This is a fine headset, but if you're gunning for a barebones gaming set, the G230 really isn't worth the $59, especially not when the vastly superior G430 is only $20 more. 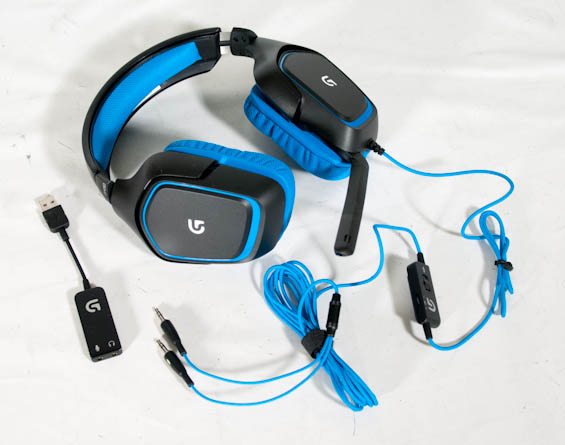 It's pretty reasonable to assume the G430 is just a G230 with a G-series USB dongle, but that dongle is easily worth the added $20. The G430 includes all the trimmings of the G230, but the dongle enables you to use Logitech's redesigned and very useful desktop gaming software suite to produce simulated 7.1 surround sound.

Bass is as boomy as ever, and while the positional audio subjectively felt better than the G230, it still seemed a little bit off compared to the Razer Kraken 7.1. I tested the G430 in the declining-due-to-piss-poor-management MechWarrior Online and in Doom 3: BFG Edition; in the latter, I was mostly able to get a bead on targets and the atmospheric sound was quite good. Of the four headsets I've tested here, this is probably the one I'm most likely to use due to its fairly smart combination of features. 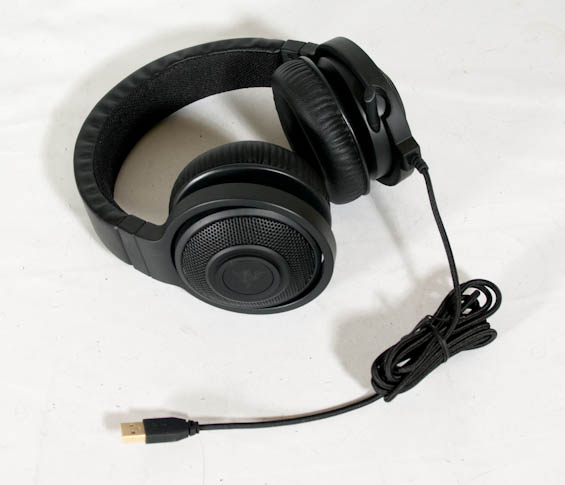 The Razer Kraken 7.1 is a gaming headset, full stop. There are no minijacks or dongles; the entire headset uses a single USB connection only. Of the four headsets tested, I felt the Kraken 7.1 had the best positional audio, allowing you to calibrate it fairly precisely to your individual hearing. I also found overall sound quality to be the best balanced and nuanced; the Logitechs sound great but their default bass is a little too boomy and eardrum-rattling.

So why isn't it my favorite? In my estimation, Razer makes two fatal miscalculations. First, and most practically, is the lack of in-line audio control of any kind. The Kraken 7.1 uses software volume control, and there's no in-line microphone mute, and these are both features I was pretty desperate for. The second miscalculation is a more subtle one: like any major vendor, Razer wants to get you into their ecosystem. While their Synapse 2.0 software isn't bad, having to actually create an account and log in just to use any of the advanced features of your Razer product is irritating. Their software ecosystem should be opt-in; install the drivers and just use the headset and whatever other Razer products you might have, and then you have the option to create and log in to your Razer account if you want to use their cloud-based settings and services. 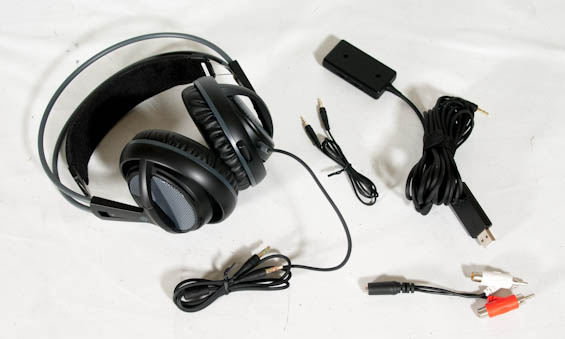 Of the four headsets I tested, the Siberia V2 was pretty easily my least favorite. That's a shame, because it's also the most comfortable one despite not being adjustable. SteelSeries has tried to make their product very flexible in terms of usability, with a series of adapter cables included in the package. What we're still dealing with, though, is a standard headphone/mic combination that feeds into a USB dongle, and unfortunately that's where things take a turn.

The dongle uses bone stock Realtek drivers with a simulated 7.1 surround mode that can be calibrated but has no testing mode short of actually going into a game and just checking by feel. There's an in-line volume control for both the mic and the headphones if you do use the USB dongle, along with a mic switch. The LiveMix settings theoretically allow you to control how audible VoIP is as opposed to standard game sound, but ultimately it's both not relevant and not enough to make up for the Siberia V2's middling audio quality and awful positional sound. You're paying for the idea of positional sound and cross-compatibility with the PlayStation 3 and Xbox 360, but you're undoubtedly better off just going with Logitech's less expensive and better quality G230.