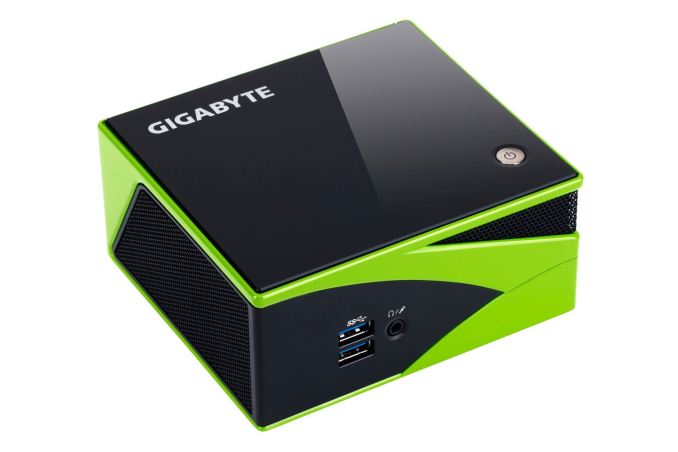 GIGABYTE's BRIX Pro (using an Intel Iris Pro part) has made a big splash in the market, particularly as a Steam machine. Enthused by its success, GIGABYTE has introduced a set of mini-PCs under the BRIX Gaming moniker. The lineup consists of mini-PCs in a form factor similar to the BRIX Pro (which itself had the footprint of an Intel NUC kit). The current flagship in the BRIX Gaming line is the BXi5G-760, a machine featuring a Core i5-4200H Haswell CPU and a NVIDIA GTX 760 discrete GPU. Given the paper specifications of the GTX 760, the machine promises to be a gaming powerhouse in its size class.

Similar to the BRIX Pro, the BXi5G-760 comes barebones. Users have to bring in their own DDR3L SODIMM sticks as well as an mSATA or 2.5" drive for completing the build. We configured the review unit to end up with the following components.

The BXi5G-760 kit doesn't come with any pre-installed OS, but we do have a USB key with Windows drivers. In addition to the main unit, the other components of the package include a 180 W (19.5V @ 9.23A) adapter, a US power cord, a splitter for the single audio jack, screws for installing a 2.5" drive, a mini-DP to DP cable and a mini-HDMI to HDMI cable. 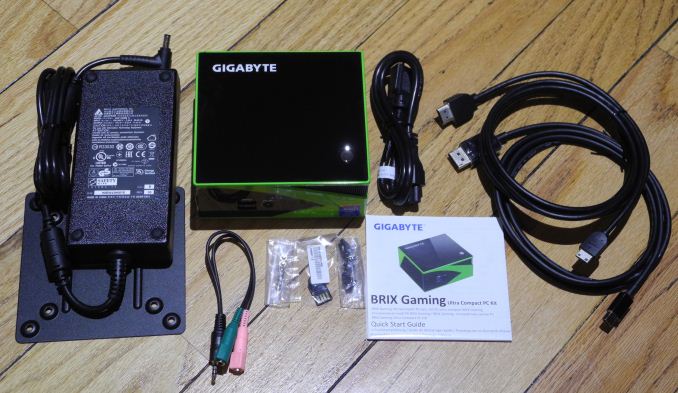 The stand-out aspect of the BXi5G-760 compared to mini-PCs in a similar form factor include the presence of three video outputs (2x mini-HDMI and 1x mini-DP). The gallery below takes us around the hardware in the unit. In particular, the dimensions of the unit are compared to the BRIX Pro. The width turns out to be slightly more in order to accommodate the side fans for cooling the GPU.

We configured our unit with an ADATA SX300 128 GB mSATA SSD as a boot drive and put in two Corsair Vengeance 1866 MHz SODIMMs. All BIOS settings were left at default. The DRAM configured itself to run at 1866 MHz without any user inputs 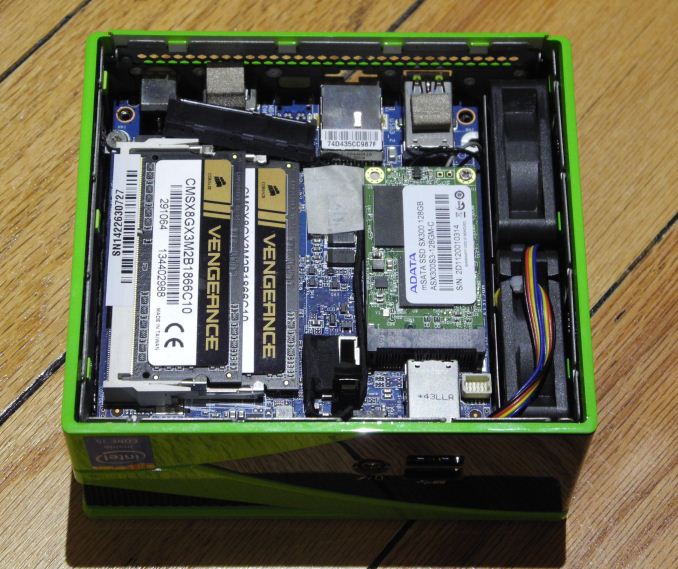 In the table below, we have an overview of the various systems that we are comparing the BXi5G-760 against. Note that they may not belong to the same market segment. The relevant configuration details of the machines are provided so that readers have an understanding of why some benchmark numbers are skewed for or against the BXi5G-760 when we come to those sections.