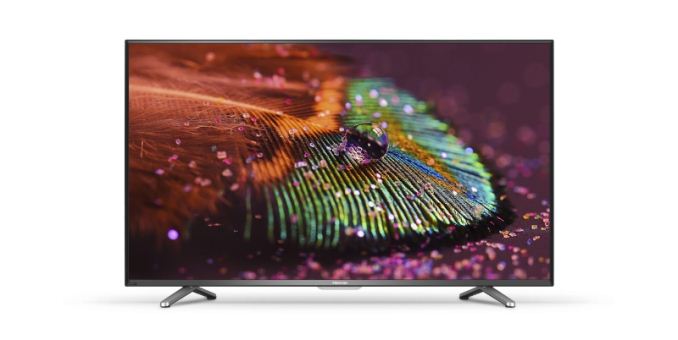 Getting a HTPC setup right for the 4K era has become a very confusing exercise for the consumers. We tried to clarify some aspects in our Future-proofing HTPCs for the 4K Era: HDMI, HDCP and HEVC piece back in April. While we did touch upon the features that consumers should look for in the HDMI sinks in the setup (i.e, the HDMI ports on the TV and the AV receiver), we didn't go into detail on the characteristics of the display itself.

Picture quality is of paramount importance, but it is usually not a known aspect unless one reads the after-launch reviews. However, there are some basic specifications that can help narrow down the search. Availability of 4Kp60, HDMI 2.0, HDCP 2.2 and ARC (audio return channel) support are readily available in the spec sheets of the displays coming into the market nowadays. In this piece, we will cover a few 'behind-the-scene' aspects and how the recently launched Hisense 50H7GB fares with our checklist.

Videos meant for consumer consumption have always been encoded in 4:2:0 format with chroma sub-sampling. Frames encoded / sent to the display in this format are fine for viewing purposes, since the effects of the sub-sampling are not very evident in rapidly changing images. Unfortunately, HTPCs are multi-purpose devices. Even though video decode and display is probably the majority of its workload, it can be used for tasks such as web browsing also. Driving mostly-static desktop frames to the display in 4:2:0 makes for a bad user experience. For a detailed explanation, I strongly suggest that readers peruse this AVSForum thread. Usually, most displays supporting 4Kp60 RGB 4:4:4 also support the other variants - 4Kp60 4:2:0 at 8b, 10b and 12b, as well as 4Kp60 4:2:2 at 8b and 10b.

Ultra HD Blu-rays are expected to come with high-dynamic range content. HDMI 2.0a was recently ratified with support for HDR metadata flags. Most displays can get firmware upgrades if they are already HDMI 2.0 certified. However, that might not always be the case, and the consumer needs to pay particular attention to this aspect.

If you are planning to watch 4K Blu-rays on your display, ensure that it supports HDR, both from the HDMI sink perspective, as well as the display perspective.

Display panels usually come in 8b, 10b or 12b varieties. This bit-depth refers to the number of bits used to encode each sub-pixel (color channel) that gets displayed. Very cheap panels even adopt 6b panels. Note that the input coming via, say, HDMI has a minimum bit-depth of 8b per sample. Lower bit-depth panels adopt dithering to represent higher bit-depth content. When done in a temporal manner (i.e, over time for successive frames), it is called FRC (frame rate control). Suffice to say that FRC is not something you would want in your display, since it doesn't accurately reflect what is being transferred over the display link.

Higher panel bit-depth is also useful for representing a wider color gamut without banding artifacts. With the adoption of the larger BT.2020 color space for UHD, it is good to have a panel with higher bit-depth compared to what one had for Full HD (the smaller BT.709 color space).

In addition, 4K videos in HEVC for consumer delivery are already being encoded with the Main10 profile (4:2:0, 10b per sample). In order to accurately display such videos, it is essential that the panel bit-depth matches or exceeds 10b. Another aspect of HDMI 2.0a is HDR (high dynamic range), which we briefly covered in the earlier sub-section. This needs 10b at the minimum for each sub-pixel.

All things considered, ensure that any display you plan to purchase for a 4K HTPC has a 10b (or higher) panel. (Update: One of the readers had mailed in asking me to clarify this: I mean a '10-bit panel', not 'panel with
transmitter than can receive 10-bit input signals' - in case that wasn't clear)

Color accuracy, high refresh rate and low input lag are other aspects that need to be paid attention if one plans to edit photos and/or play games on the display. In addition, it is also important to have the ability to turn off motion interpolation to avoid soap opera effects in movies and certain other videos. The higher the coverage of the BT.2020 color gamut, the better. However, these are aspects that need to checked in the display reviews.

This article was triggered in part by the launch of the Hisense 50H7GB 50" 4K TV last week. In addition to 4Kp60 support with HDMI 2.0 and HDCP 2.2, the TV also supports 1080p120 with real 120 Hz refresh rates and carries a "Netflix Recommended TV" designation. All of this comes for just $598 with Wal-Mart as the main distributor. Surprisingly, the TV also carries a 4-year in-home service warranty. Most of the technical details not available in the press release have been gathered by HDGuru. In addition, there is also a YouTube video review with the TV in action. The TV is powered by the MediaTek 5657 quad-core SoC.

Piqued by the price to specifications balance, we contacted Hisense and got some more information that is summarized in the table below. All the components (panel, TCON, BLU and enclosure) other than the open cell glass are manufactured by Hisense.

Based on Hisense's response, it looks like the 50H7GB might not tick all the boxes for the perfect HTPC 4K display (given the lack of HDR capabilities). But, given the price, it is going to be hard to complain. On the other hand, support for 4Kp60 RGB 4:4:4 makes it an interesting display. At 50", it might be hard to justify calling it a monitor, but it seems to be a good candidate for connecting to computers in general (particularly for an 'entry-level' 4K HTPC setup).