The Nimbus 400 chassis looks solid and well-built. The hands-on experience doesn't disappoint either. The ventilated front panel design with curved edges provides a premium look to the system. 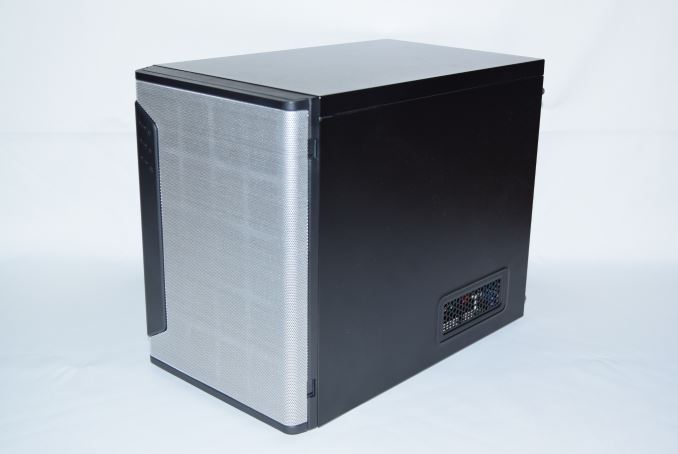 The side panels have ventilation support at the bottom to allow the air to be drawn in by the fans placed inside. The PSU is mounted at the top end of the chassis and the motherboard at the bottom end. The rear panel shows a clean motherboard face plate with a serial port above the VGA port, a management LAN port with two USB 2.0 ports and two GbE LAN ports next to it. At the far end, we see two USB 3.0 ports from what is obviously a PCIe card. 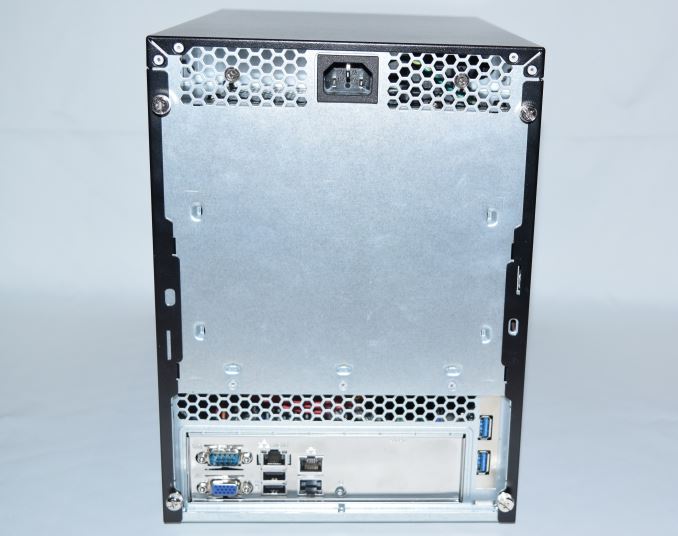 Removing the side panels allows us to see two fixed SATA drives (Intel 3Gbps 120GB SSDs) mounted on either side of the 4-bay drive cage. The cables are tucked neatly. The first photo below shows the mounting of the fan directly beaneath the drive cage. This fan pulls the air in from the front and down through the openings in the drive cage (visible in one of the gallery photos further down) and then pushes it out over the motherboard and through the ventilation holes in the rear as well as the sides. This creates airflow over the passive heatsink on top of the SoC. All in all, this looks like a very nifty design that ought to keep the temperatures down while also creating a relatively quiet system (the fan is not even visible from the outside). 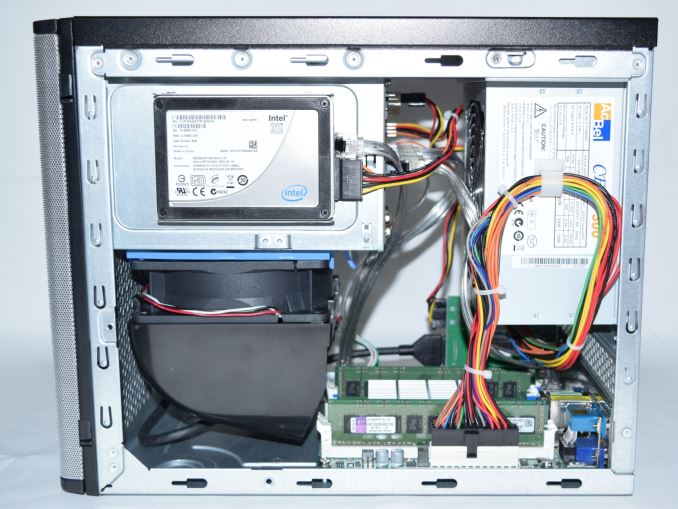 The other side panel reveals the PCIe card that serves up the four USB 3.0 ports. We have two ports directly on the card, while the other two are enabled by headers (allowing them to place the ports in the front panel). 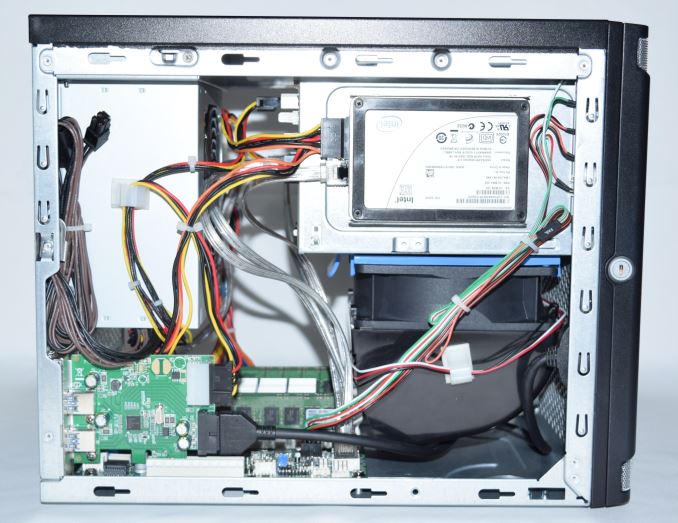 The drive trays don't give us any cause for complaint - they support both 2.5" and 3.5" drives, and have an intuitive removal mechanism with a distinctive blue tab. It would have been nice to have a screwless drive tray design, but the ones that come with the Nimbus 400 serve their purpose well. The gallery below provides some more photographs of the Nimbus 400 chassis and internals.

We had no trouble accessing the server using the management LAN interface. The gallery below shows some of options available over IPMI.

Our review unit came with Windows Server 2012 R2 Essentials pre-installed in a hardware RAID-1 volume. Even though the boot process showed the Advatronix logo, it didn't take long for us to find that the internal motherboard was the ASRock Rack C2550D4I. The diagram below shows the layout of the motherboard. It is the same as that of the ASRock Rack C2750D4I that we reviewed in a DIY configuration earlier. 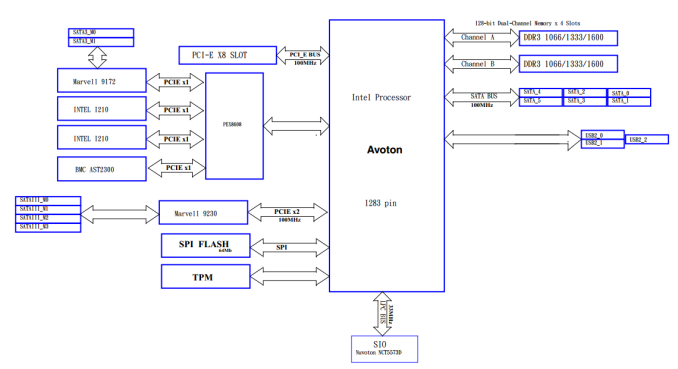 The photographs above confirm that all the four hot-swap bays come the SATA III 6Gbps connectors (two of which are direct from the SoC). The Marvell RAID 1 volume for the OS is from two of the four SATA III ports enabled by the Marvell SE9230. This setup ensures that there are no bottlenecks in accessing the storage drives. The PCIe slot is occupied by the USB 3.0 card. Despite the available x8 link, the card only uses one lane. This implies that it is possible to not obtain expected bandwidth numbers if two or more USB 3.0 devices are concurrently active.