Compulab, a maker of miniature and small form-factor computers, is introducing its first desktop system called Airtop today. The new computer can be equipped with rather high-performance components, but is completely fanless and only uses the company’s proprietary natural air-flow (NAF) cooling technology.

Compulab’s Airtop is a compact 7.5-liter desktop system that can dissipate up to 200W of heat using only passive cooling methods. The Airtop utilizes various industry-standard components and can be configured as a gaming PC, a server or a workstation. The system is based on a proprietary motherboard featuring Intel’s C226 platform controller hub (PCH) designed specifically for the Airtop with NAF cooling. The mainboard places CPU socket, DIMM slots, PCI Express x16 slot and other components in a way to enable the most efficient dissipation of heat. To eliminate hot components from the case, the Airtop uses an external PSU with a mini-DIN connector. 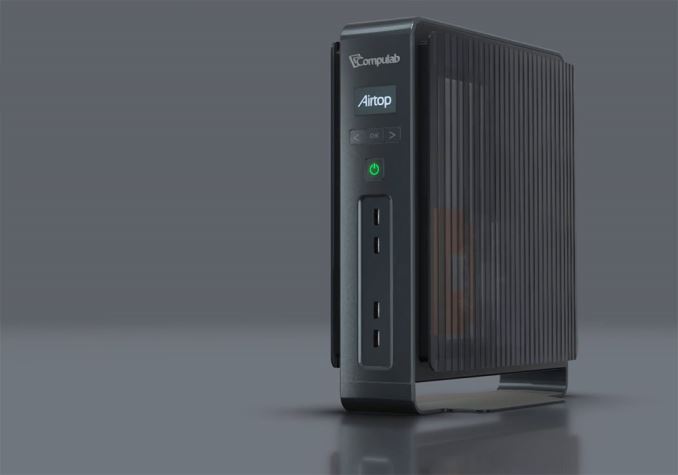 The proprietary Airtop mainboard is compatible with Intel Core i7 and Intel Xeon E3 v4 microprocessors based on Intel’s Haswell or Broadwell micro-architectures (LGA1150 packaging) as well as various graphics cards, including NVIDIA’s GeForce GTX 950 and Quadro M4000. 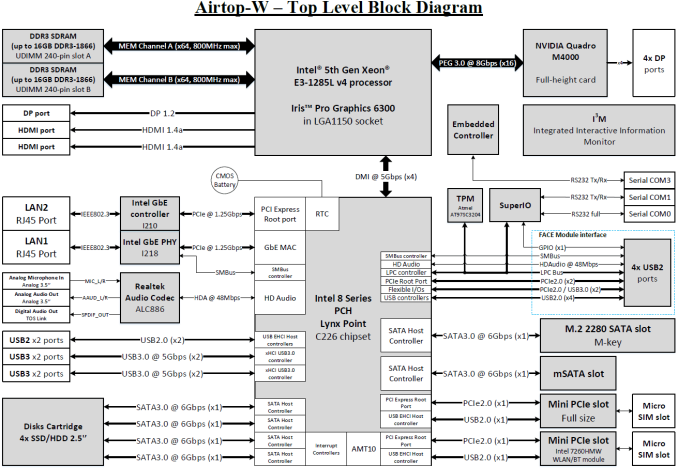 The Airtop can be equipped with up to 32 GB of DDR3-1866 memory, four 2.5-inch Serial ATA HDDs/SSDs, one M.2 solid-state drive and one mSATA solid-state drive. The system features two Gigabit Ethernet network controllers (four more may be added using an extension card), a 802.11ac Wi-Fi card with two SIM card sockets, four SMA antennas, four USB 3.0 ports on rear panel, six USB 2.0 ports in total, three RS232 ports, multi-channel audio and so on. While the system utilizes its own mainboard, all the other components are industry-standard and can be upgraded when and if needed. 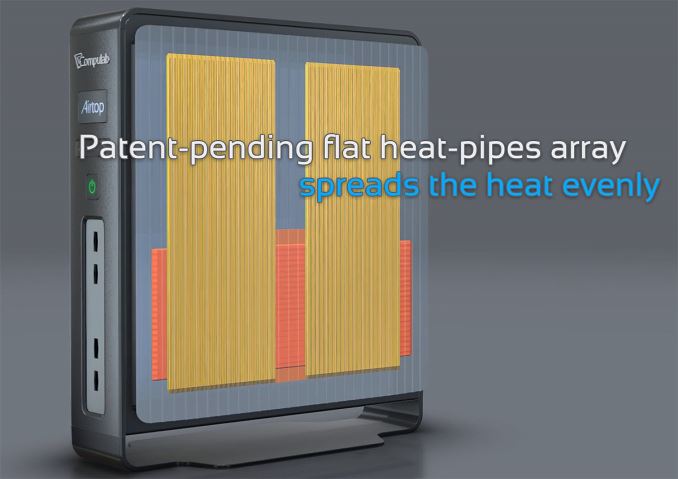 The NAF heat-exchange system uses two special side-panels, each of which can dissipate up to 100W of heat. The side-panels are equipped with traditional flat copper heat-pipe arrays (with micro-channels) that take away heat from the hottest components (i.e., the CPU and the GPU) and spread it across the side-panel. The heat from the heat-pipe arrays is removed by the special air-tube panels consisting of 14 tubes with air inside. Once the air gets hot, it starts to rise up, removing heat from the side panels (see Compulab's video for details). Everything happens naturally (via convection) and completely silently. The air tubes are open on both ends and efficiency of convection depends on the movement of air through them. For efficient cooling, owners of Compulab’s Airtop will have to ensure that the tubes are not clogged with dust, which is common in industrial and other environments.

While Compulab’s Airtop is in many ways unique, it reminds us of Zalman’s TNN 500 and TNN 300 fanless cases released about a decade ago. Those cases were considerably bigger and acted like giant heatsinks with a lot of heat-pipes inside, but they combined the same cooling techniques as the Airtop. 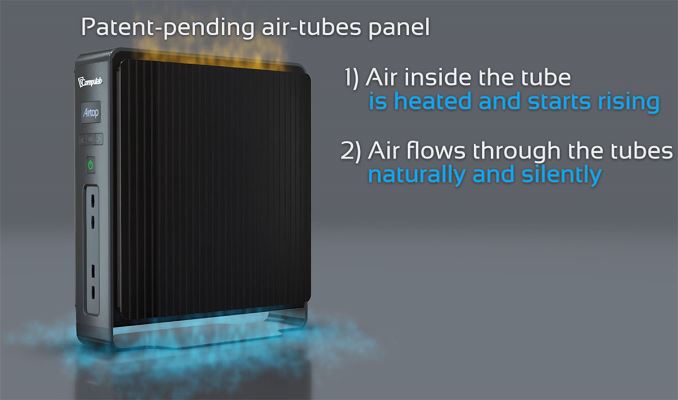 Compulab claims that it took years to develop the NAF heat-exchange technology and three years to design the Airtop system. Right now, the desktop is only compatible with previous-generation Intel microprocessors and does not support modern technologies like NVMe or USB 3.1, but eventually the company could develop a more advanced motherboard for the latest-generation Skylake and the upcoming Kaby Lake chips in LGA1151 packaging. 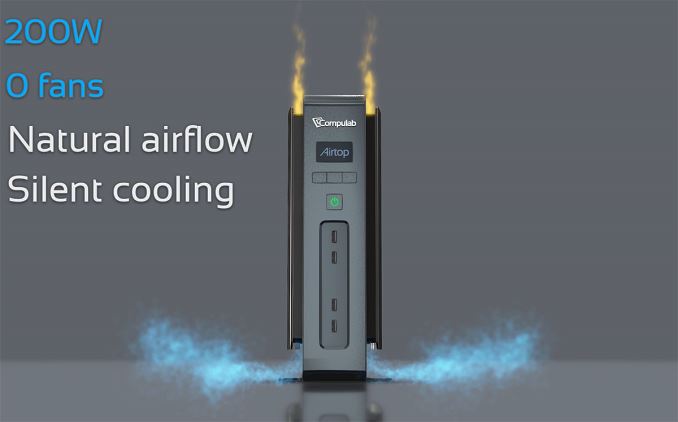 The Compulab Airtop is available as a pre-configured system or as a barebone SFF PC for DIY enthusiasts. Since the system is unique and uses numerous components designed specifically for the Airtop, it naturally is not affordable. The Airtop barebone costs $1128, the Airtop-S passively-cooled server (featuring the Intel Xeon E3-1285L v4 CPU) starts at $1810, the Airtop-G gaming PC (with the Intel Core i7-5775C and the NVIDIA GeForce GTX 950 graphics card) is priced at $1968, whereas the Airtop-W workstation (with Intel’s Xeon E3-1285L v4 chip and NVIDIA’s Quadro M4000 graphics adapter) costs $2999. The systems will be available in Q1 2016.