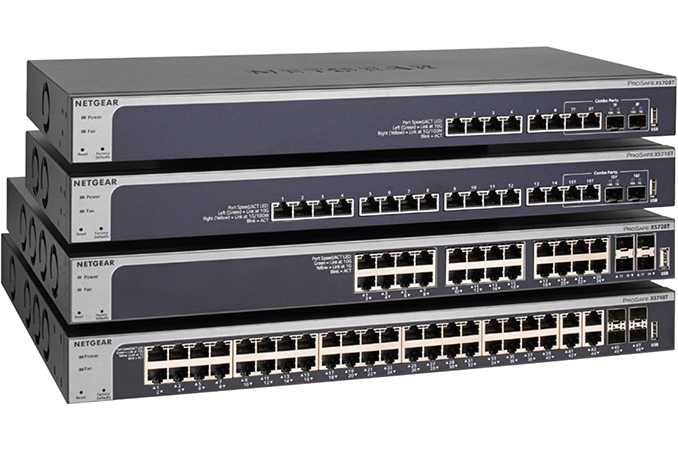 Internet speeds and file sizes increased orders of magnitude in the last ten years and for many offices (and prosumers), Gigabit Ethernet or basic teaming might no longer be enough. As a result, many businesses and individuals these days are evaluating migration to 10 Gigabit Ethernet, which of course has immediate high performance, but is more expensive on per-port basis than traditional GbE (as well as power consumption when looking for RJ45 compatibility). Fortunately, in the recent quarters, a number of companies have started to offer moderately priced 10 GbE switches supporting both copper and fiber links that can enable a more cost-efficient transition to 10 Gigabit networks.

The switches support modern VLAN features, such as protocol-based VLAN, MAC-based VLAN and 802.1x Guest VLAN; advanced QoS with L2/L3/L4 awareness and eight priority queues including Q-in-Q; dynamic VLAN assignment; IPv4 and IPv6 routing; IPv6 for management, QoS and ACL and so on. The devices come in rackmount form-factors and consume from 49.5 W to 262.8 W of power. 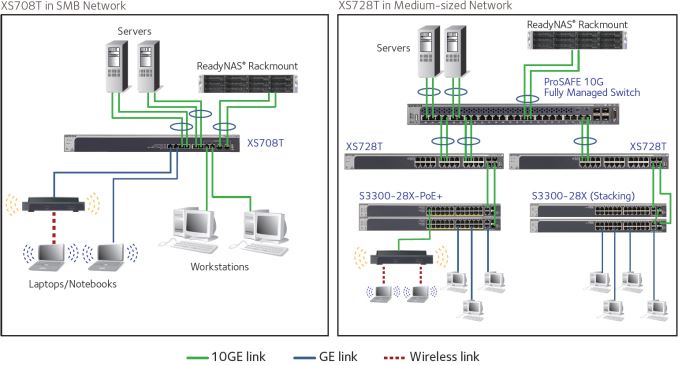 According to a survey of over 550 IT decision-makers in the U.S, U.K., and Germany ordered by NetGear and conducted by Palmer Research, approximately 33% of sub-500-employee businesses today already have 10 GbE switching to connect to modern 10 GbE servers and NAS. Meanwhile, a lot of those who currently do not use 10 GbE are considering to deploy it and plan to do so in the coming quarters. The survey says that by the end of 2017, 75% of the aforementioned organizations will have deployed a 10 GbE backbone by the end of 2017. Analysts from IHS (according to data provided by NetGear) seem to agree with the results of the survey and believe that adoption of 10 GbE is increasing rapidly these days. 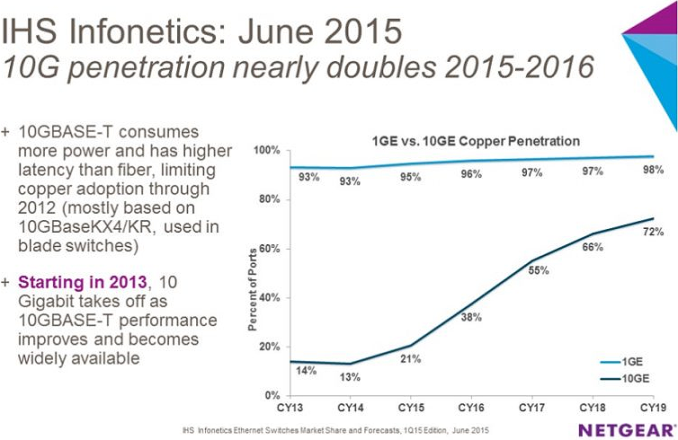 Pricing of these switches are a lot higher than standard gigabit ethernet switches as 10GbE networks typically require the advanced management protocols for businesses and enterprise, whereas home users might be happy with a simple pass-through device. Because of the market, and the management requirements, we are still looking at above $150 per port for 10GbE. The NetGear ProSAFE XS708T and XS716T are available now for $1558 ($194.75 per port) and $2623 ($164 per port), respectively. The top-of-the-range XS748T will ship in July for $8198 ($186 per port). Pricing and availability of the XS728T were not touched upon by NetGear. By comparison, the popular first generation 8-port XS708E switch is retailing for $850 ($106.25 per port) at this point in its life cycle.