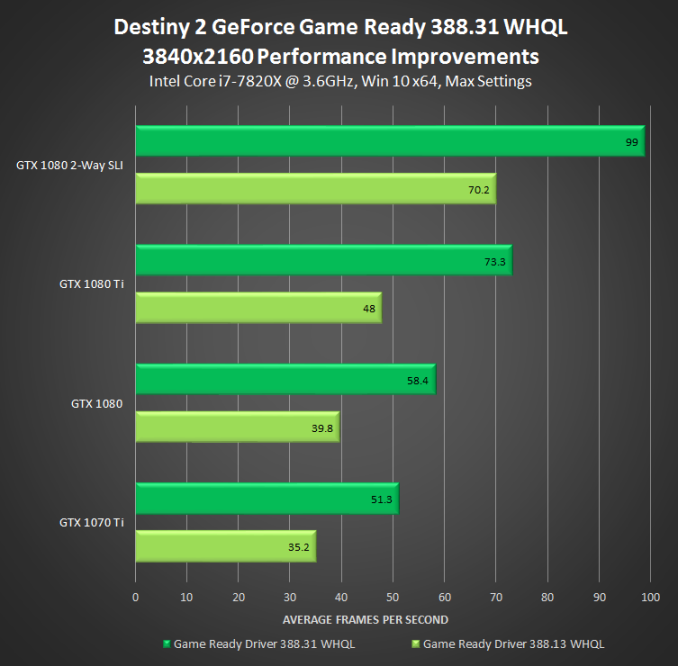 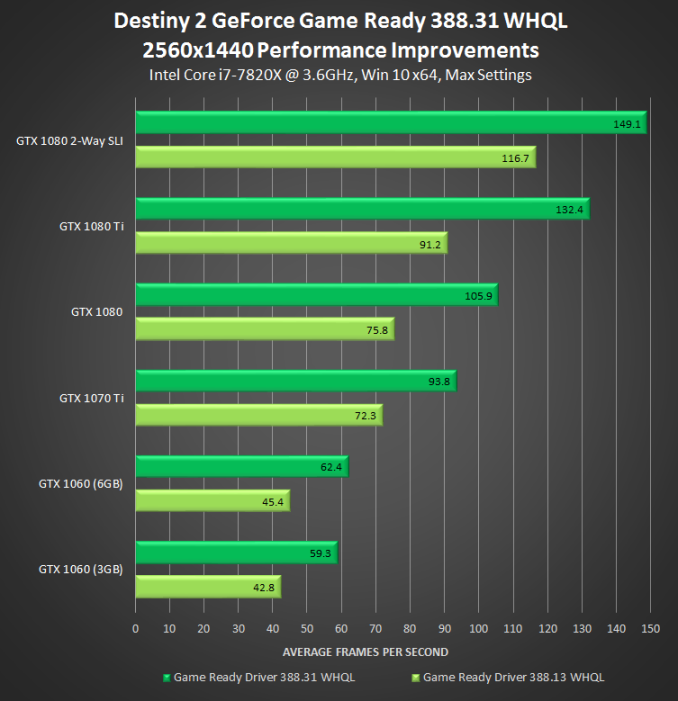 As a reminder, the current NVIDIA Destiny 2 bundle is still active until November 29th, where qualifying GeForce GTX 1080 and 1080 Ti cards and systems will come with a copy of the game. More information can be found on the bundle landing page.

For bug fixes in 388.31, NVIDIA has resolved several issues unrelated to specific games:

For Windows 10 users who have updated to the recent Fall Creators Update, NVIDIA is still noting an open issue related to NVIDIA Control Panel color settings, where color settings are not preserved across system reboots or restarts.

The updated drivers are available through the GeForce Experience Drivers tab or online at the NVIDIA driver download page. More information on this update and further issues can be found in the 388.31 release notes.