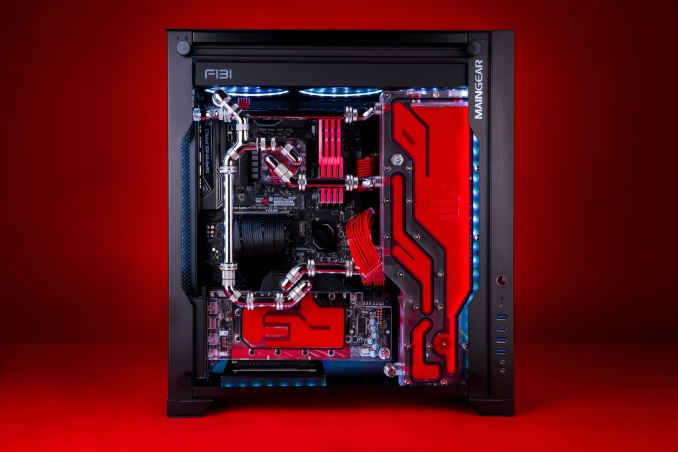 LAS VEGAS, NV — Maingear hit the CES 2018 floor armed with its new flagship F131 desktop gaming PC that has been redesigned from the ground up to the “Apex” of custom liquid cooling.

The new Maingear F131 looks similar to the previous version but with a  taller and slimmer chassis, new PSU shroud, and a solid front panel (the previous F131 used a ventilated front panel). The F131 can be equipped with Intel Z370 or X299 chipsets, as well as the AMD B350 Micro-ATX motherboards. Maingear uses ASUS Strix Z370G Gaming, EVGA X299 Micro, and MSI B350M Micro-ATX motherboards along with all of their flagship processors for the chipset (Intel Core i7-8700K, i9-7980XE, and AMD Ryzen 7 1800X. Memory and storage options remain mostly intact from the previous model as well as using dual Geforce Titan Xp graphics cards. With the new F131, Maingear will not be offering AMD GPUs. This is due to water block compatibility issues. The Vega based GPUs (and their thicker coolers) have also been problematic for the new chassis, so the company stopped offering it.

The tempered glass panels will showcase customizable configurations including soft (Stock) and hard-tube (Super Stock) custom liquid cooling loops for the CPU and GPUs. The redesigned chassis offers more USB connectivity with a USB 3.1 Type-C and four USB 3.0  ports on the front panel. The PSU, which used to be exposed, is now covered by a metal shroud which also has three 2.5-inch drive bays to show off your choice of storage. The top of the case is now able to accommodate up to a 420mm radiator which could give a custom liquid cooling loop even more thermal dissipation abilities. 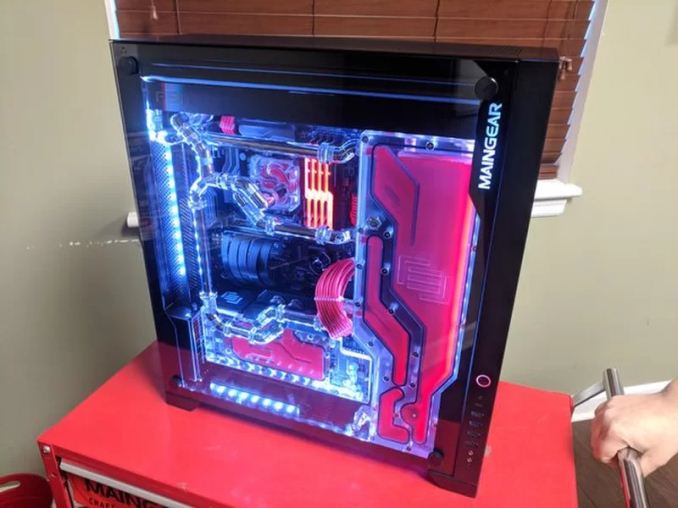 The new chassis was redesigned in conjunction with a new custom cooling device called the Apex Integrated Cooling System (Apex ICS). The company engineered the acrylic reservoir/pump combo in partnership with Bitspower in an effort to create a unique do-it-all cooling device for a monster of an open-loop liquid-cooled gaming PC.

The Apex reservoir is two inches thick and has an RGB LED strip inside which is controlled via remote (as well as the other RGB LED interior lights) and lights up the clear acrylic in the color of your choice. The dual pumps each run on low power but yield a high flow rate – enough to push liquid through a CPU, two GPUs, and a 420mm radiator comfortably. The pumps are powerful enough to run the loop individually if one of them happens to fail. The loop also includes temperature and flow rate sensors built-in to the Apex and the PWM connectors let your control and monitor the Apex’s status from within Windows via the motherboard vendor’s respective software. The massive cooling device spans the entire vertical length of the case from top to bottom occupying the majority of the tempered glass window (also covers the PSU shroud). 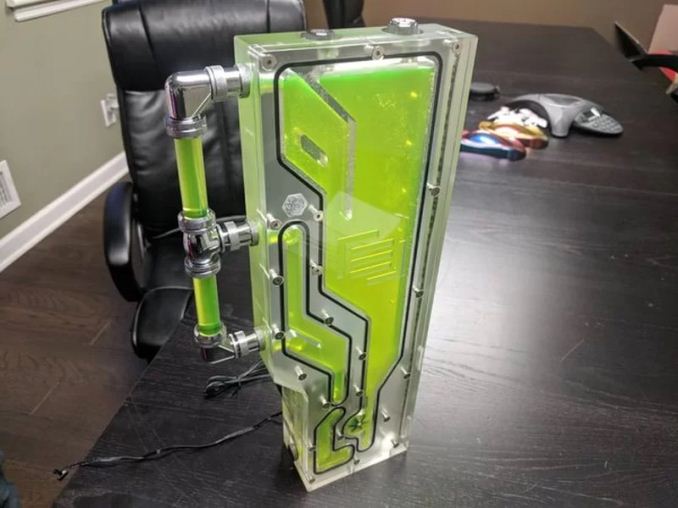 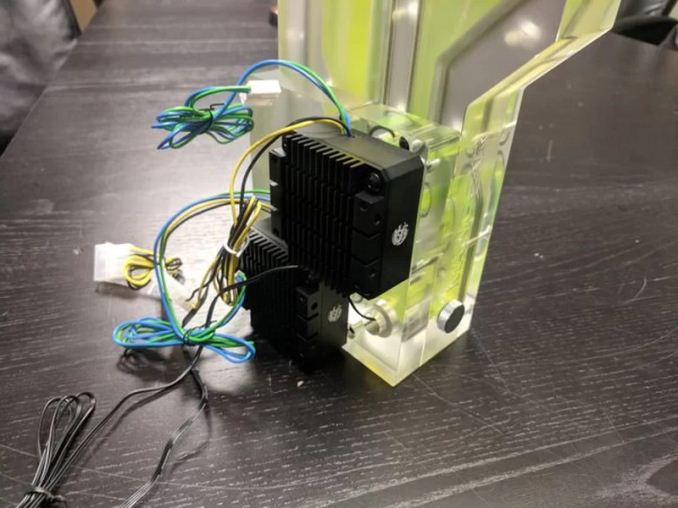 Maingear also announced two new additions to its automotive paint finishing services – Spectrum Chameleon and MARC II. The Spectrum Chameleon finishes are exactly as they sound. The visible colors appear to be constantly shifting within the desired base color spectrum. If you have ever seen a newer car with a lustrous, hard-to-distinguish, yet eye-catching automotive finish, that is what Maingear has accomplished with its Spectrum Chameleon paint options. The MARC II finish looks more like a graphics wrap, but it’s not. The seven-step painting process takes customized artwork (your own, or from a choice of Maingear designs) and applies it to the exterior chassis of the PC in a high-gloss automotive finish. 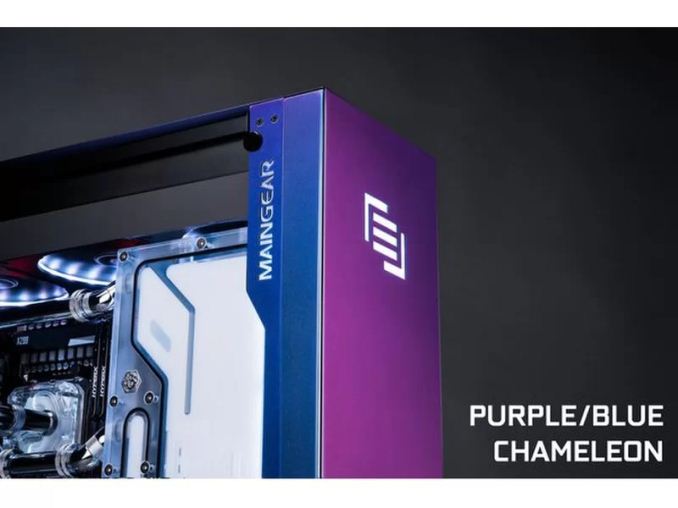 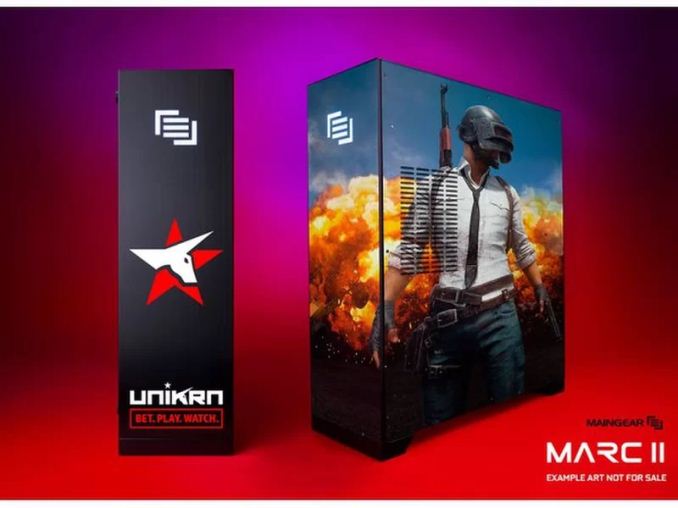 Derek Forest Contributed to this report