The Destroyer is an extremely long test replicating the access patterns of very IO-intensive desktop usage. A detailed breakdown can be found in this article. Like real-world usage, the drives do get the occasional break that allows for some background garbage collection and flushing caches, but those idle times are limited to 25ms so that it doesn't take all week to run the test. These AnandTech Storage Bench (ATSB) tests do not involve running the actual applications that generated the workloads, so the scores are relatively insensitive to changes in CPU performance and RAM from our new testbed, but the jump to a newer version of Windows and the newer storage drivers can have an impact.

We quantify performance on this test by reporting the drive's average data throughput, the average latency of the I/O operations, and the total energy used by the drive over the course of the test. 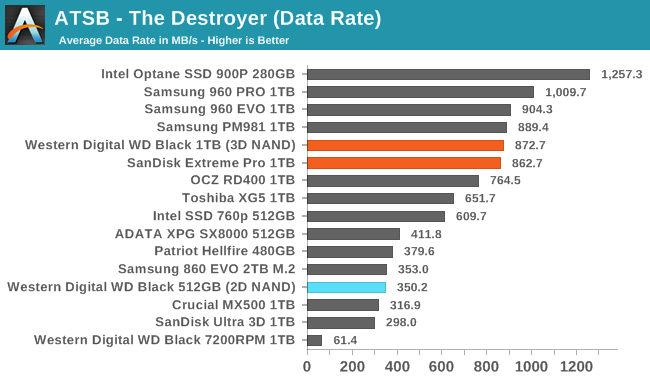 The average data rate from the new WD Black on The Destroyer is almost as fast as Samsung's TLC-based 960 EVO and their newer PM981 OEM drive. Where the original WD Black NVMe SSD was clearly a low-end NVMe drive and no faster than SATA SSDs on this test, the new WD Black is competitive at the high end. 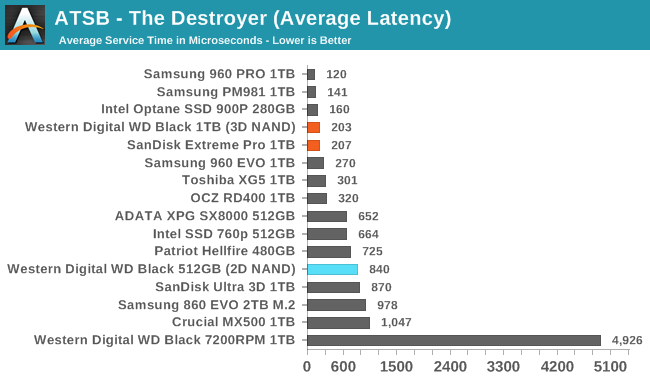 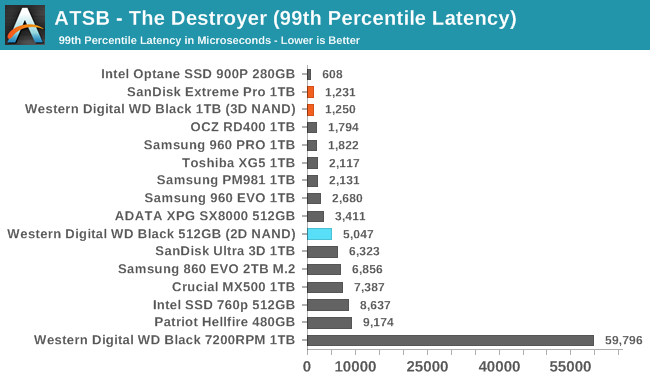 The average latencies from the WD Black are competitive with Samsung's TLC drives, and the 99th percentile latencies are the fastest we've seen from any flash-based SSD for this capacity class. 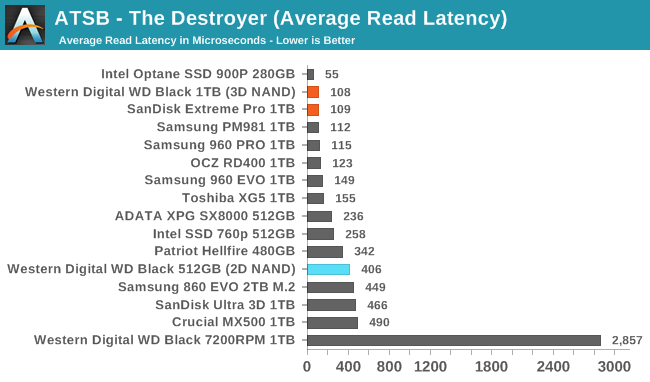 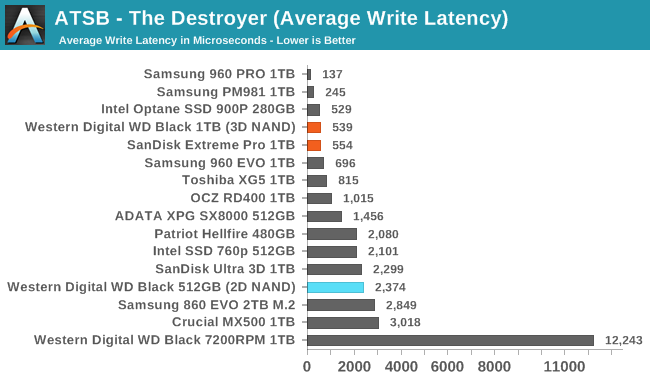 The average read latencies from the WD Black on The Destroyer are as good as any flash-based SSD we've tested. Average write latencies are great but Samsung's top drives are still clearly faster. 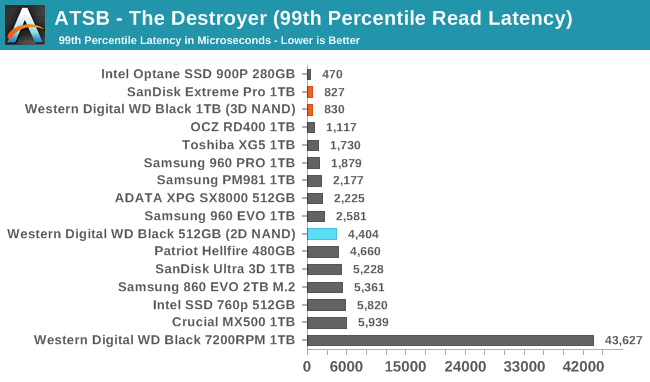 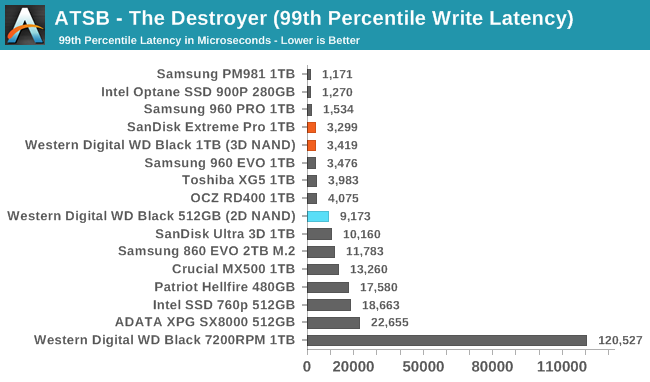 The load power consumption of the new WD Black is a huge improvement over the previous SSD to bear this name. The new model uses less than half as much energy over the course of The Destroyer, putting it in first place slightly ahead of the Toshiba XG5.