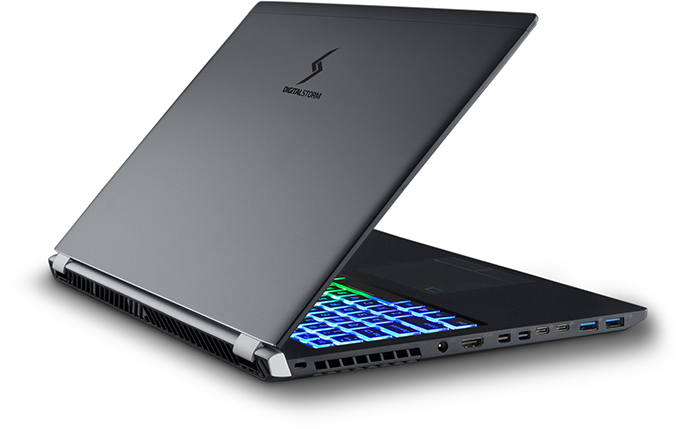 Along with Intel’s latest CPUs for notebooks, Digital Storm on Tuesday is introducing a new high-performance laptop for the thin form-factor market, the Equinox. The botique vendor's latest looker is powered by Intel’s six-core i7 processor as well as NVIDIA’s GeForce GTX GPU with MaxQ tuning. The system is designed to deliver maximum gaming performance and enthusiast grade features, such as a display with a 144 Hz refresh rate and an RGB-backlit keyboard, yet it comes in a rather thin chassis and weighs less than two kilograms.

The Digital Stom Equinox is based on Intel’s new platform for high-performance laptops and runs the company’s six-core Core i7-8750H processor accompanied by 16 GB of DDR4-2400 memory and a 512 GB NVMe SSD. The notebook is equipped with a 15.6-inch matte IPS FHD display featuring a 144 Hz refresh rate as well as NVIDIA’s GeForce GTX 1070 graphics processor with 8 GB of GDDR5 memory to take advantage of those extra Hertz in fast-paced actions. When it comes to connectivity, the Equinox has Intel’s Wireless AC 9560 controller supporting 802.11ac Wi-Fi with Gigabit-class speeds and Bluetooth 5. On the cable side of things, it has two USB 3.0 Type-C ports, three USB 3.0 Type-A headers, two mDP connectors, and one HDMI output. For communications, the system has a webcam, speakers, and a microphone array. Unfortunately, Digital Storm did not install a Thunderbolt 3 port into its system. 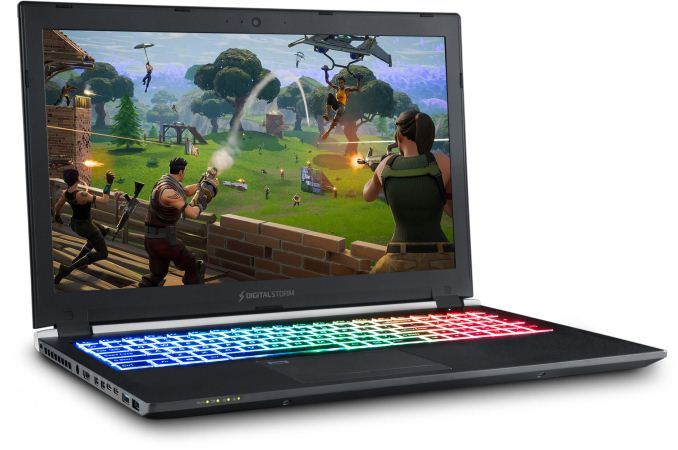 One of the key features of the Digital Storm Equinox laptop are its compact dimensions and a relatively low weight. The machine is 18.5 mm (0.73 inches) thick and weighs 1.94 kilograms (4.37 lbs). Thickness of the machine is in line with other laptops featuring 15.6” displays and NVIDIA’s GeForce GTX with Max-Q tuning (e.g., it is slightly thicker than the ASUS ROG Zephyrus, but slightly thinner than the Acer Predator Triton 700), but its weight of less than two kilograms is actually 200 to 600 grams lower when compared to the first breed of thin gaming laptops enabled by Max-Q. In fact, weight of Digital Storm's Equinox is comparable to 14”-class gaming notebooks, which may not be very surprising as the laptop seems to be made of plastic. In a bid to shrink dimensions of such machines, GPUs get soldered down and cannot be upgraded. Meanwhile, the Equinox supports memory and storage upgrades: it can support up to 32 GB of RAM and install M.2 or 2.5” DFF storage devices (it is not clear whether it can install both, or either a module or a drive). 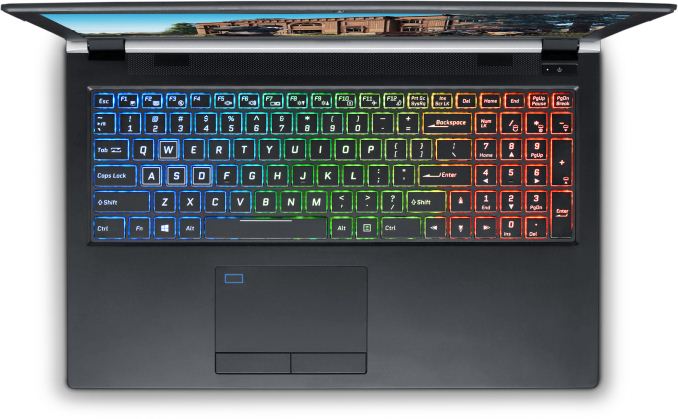 Digital Storm does not detail battery life of the Equinox and does not disclose its capacity, but since we are talking about a 15.6-inch machine, it has plenty of space to integrate a decent battery pack and provide a relatively long autonomous life (at least for a gaming system).

The Digital Storm Equinox will be available in early May starting at $1,956. The company does not detail entry-level configuration of the Equinox. 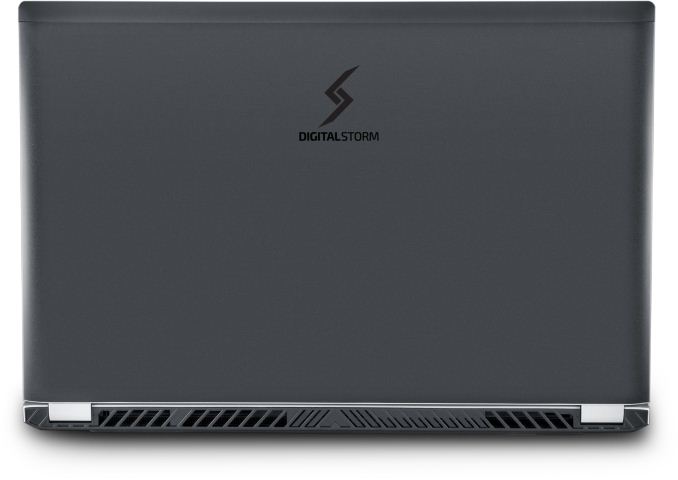