In the detachable workstation space, HP has released what they say is their most powerful detachable PC made to ‘unleash the power of Adobe Creative Cloud’. HP worked at this goal by using the latest 8th Gen Intel quad-core “U” series processors with frequencies boosting up to 4.2 GHz. It uses an (optional) 14-inch 4K UHD DreamColor touch panel able to display 1 billion colors. In addition, HP includes the ZBook x2 pen, supporting 4000 pressure points.

The ZBook x2 is a 2-in-1 detachable, giving users have the flexibility of the Bluetooth keyboard so one can switch from laptop to tablet just by separating the two devices. The ‘tablet’ portion includes customizable HP Quick Keys, providing 18 shortcuts for Adobe applications. On the sides of the tablet is where all the ports and connectors are found. The left side contains the headphone/microphone combo jack, while the right side has the power connector, HDMI (1.4), USB 3.0 (w/charging capability), two USB 3.1 Type-C Thunderbolt 3 ports, as well as a smart card/SD media card reader. The keyboard is backlit with function key controls and has an extra-large click pad with a physical on/off button. Outside of those details, there isn’t much flashy about the machined aluminum and die-cast magnesium body, except that it should be lighter, but this is a workstation and really isn’t meant to be the center of attention in that respect. 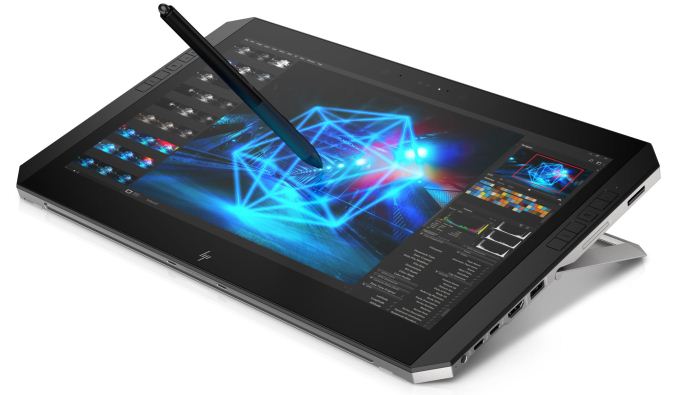 Hardware wise the ZBook H2 G4 adds three 8th Gen Intel processors, either an i5-8250U or an i7-8550U, and the flagship i7-8650U with turbo speeds to 4.2 GHz. Also available are two dual-core 7th Gen Intel processors for those who may not need the horsepower of the latest Intel quad-cores. The maximum memory capacity here is double any other HP detachable with up to 32 GB DDR4-2133, as the device is aimed at Adobe professionals.

The graphics side of the house has uses either the integrated GPU or an NVIDIA Quadro M620 with 2 GB GDDR5 as the single discrete option. Panel options are either a 14” 4K UHD IPS panel without touch to a 4K UHD DreamColor panel with touch capabilities. Audio duties are handled by Bang & Olufsen dual stereo speakers while inputs are handled by a dual array digital microphone. It also includes two webcams, the first a 720p HP webcam and the second, also 720p webcam with IR that is world facing and should support Windows Hello. 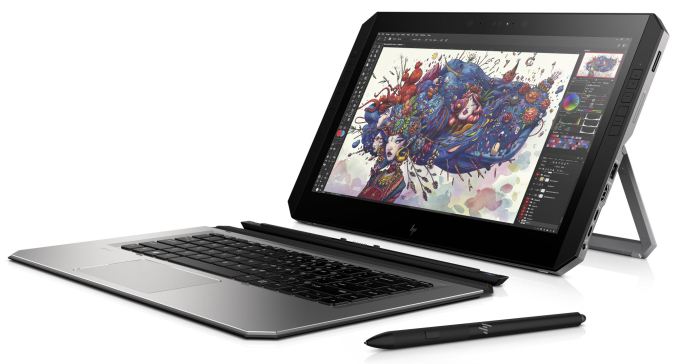