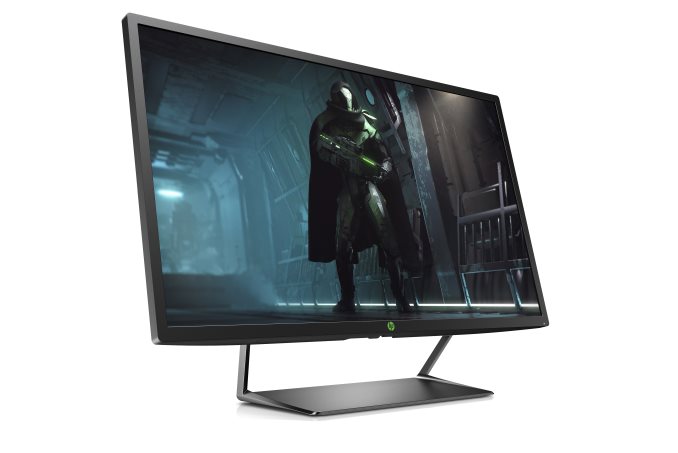 Alongside their new Pavilion gaming desktops and laptops, today HP is also announcing an addition to their monitor stable with the release of the new Pavilion Gaming 32 HDR Display. An update of sort to HP's current family of 32-inch monitors, including the existing Pavilion Gaming 32 and Omen 32, HP's latest monitor carves out an important niche for itself by adding basic HDR support.

At a high level, the Pavilion Gaming 32 HDR is built on a 32-inch VA panel featuring a 2560x1440 resolution, 300 nits typical brightness, 3000:1 contrast ratio, 5ms response times, and like many of HP's other 32-inch monitors, is FreeSync (1) enabled. The all-important backlighting system being used to enable HDR is an edge-lit LED system that, like similar systems, supports eight different zones of local dimming for increased contrast. 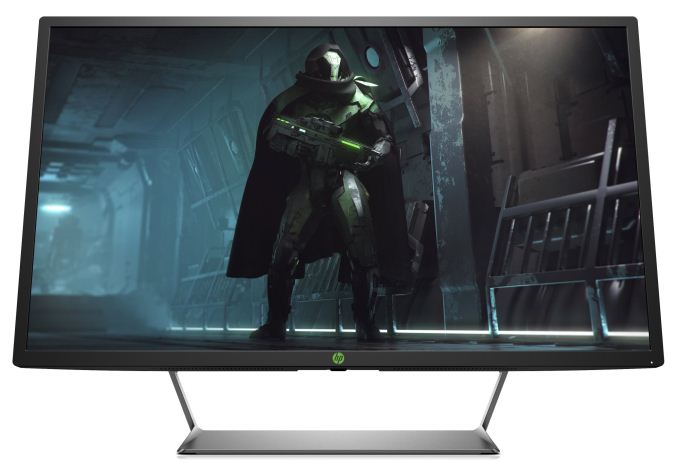 The chassis of the monitor comes in one color, Shadow Black. About the most identifiable feature is the stand that supports the panel. Instead of a circular base with a single post, HP is using a rectangle shaped base with two posts which should make for more stable footing. The back of the monitor has a large green HP symbol in the middle of its gentle arched rear panel. Still on the rear but at the bottom, we are able to see the power adapter, two USB 3.0 ports, as well as the two HDMI and single DisplayPort ports. On the far left is where the power, menu, and adjustment buttons which leave the front with a clean aesthetic. The only design features on the front is a smaller HP symbol in green in the center of the bottom bezel, as well as the power LED in the bottom right corner. 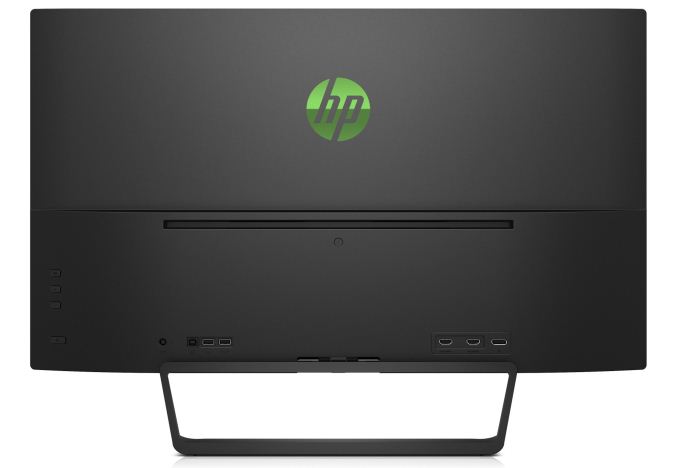 Officially this is a DisplayHDR 600-certified monitor. This means that it supports limited/mid-tier HDR features, including 600 nits peak luminescence for brief periods of time. HP rates the typical brightness at just 300 nits, though as a DisplayHDR 600-compliant display it should be able to sustain 350 nits indefinitely. Equally important, on the color gamut side, the DisplayHDR requirements mean that this monitor needs to support DCI-P3, with HP going above and beyond the standard with a 95% DCI-P3 color gamut.

Meanwhile, to earn its gaming credentials, the monitor supports AMD's first-generation FreeSync variable refresh technology. The 48Hz to 75Hz refresh rate isn't quite wide enough to support FreeSync low framerate compensation, but along with allowing at least some variability here, the higher-than-average 75Hz refresh rate does give the monitor an edge in smoothness over standard 60Hz monitors. This also puts the Pavilion Gaming 32 HDR in limited company as it offers both HDR and FreeSync support. Notably, however, this is not a FreeSync 2 display, so it doesn't get to take advantage of AMD's latest technology there.

The HP Pavilion Gaming 32” Display will cost $449 and will be available through HP.com and other retailers such as Amazon on May 11th.