Micron this week announced plans to expand production of DRAM and NAND memory at its fab in Manassas, Virginia. In total, Micron intends to invest $3 billion into the facility by 2030, and establish a global research development center for memory and storage solutions aimed at automotive, industrial, and networking applications.

UPDATE: Correcting the name of the fab and its history.

Micron’s fab in Manassas, Virginia, is called Fab 6 and the company acquired it in 2002. Nowadays the fab processes 300 mm wafers and produces a variety of long-lifecycle high-reliability products for the aforementioned markets. Such memory devices are not a commodity, they usually do not have direct competitors and therefore deliver strong profitability. As demand for such products is increasing, Micron needs to boost their production capacity. In addition, the company intends to set up R&D operations in Manassas, Virginia.

The first step of the plan is to expand the clean room of Fab 6 to enable DRAM and NAND technology transitions at the plant, while also modestly increasing its output to satisfy demand for long-lifecycle products. The expansion will add less than 5% to Micron's global clean room space footprint, so it will barely have any effect on the total DRAM and NAND output of the company. 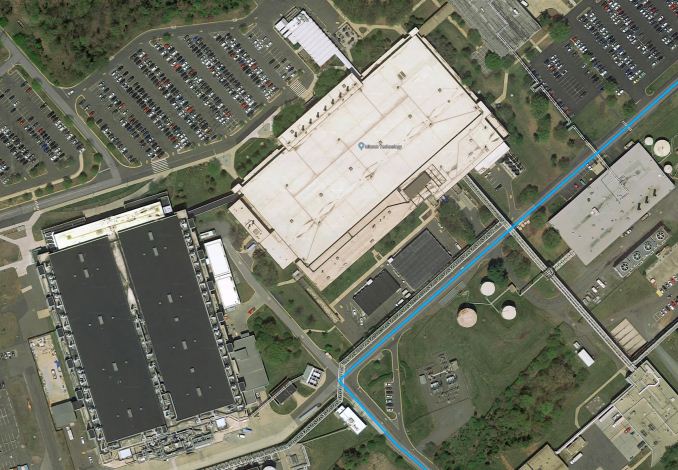 In addition, Micron will establish a global R&D center in Manassas that will develop next-gen memory and storage solutions for the automotive, industrial and networking applications. The R&D facility will employ approximately 100 engineers and will feature labs outfitted with test equipment. The adjacency to an actual production facility will likely be an advantage for the R&D centre.

Spending $3 billion on the R&D facility and expansion of the Fab 6 by 2030 will enable Micron to gradually upgrade the plant as well as buy new equipment for its research and development operations. The fab will not significantly increase its capacity over the coming years, but given the markets that it serves, it hardly needs to.