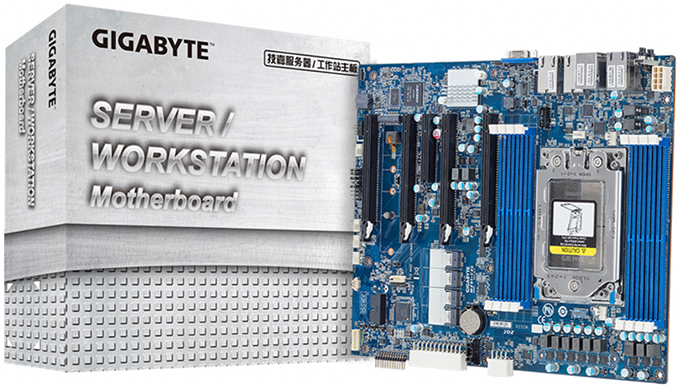 AMD’s EPYC processor has made it into servers and supercomputers, yet it still has to find its place inside workstations. To a large degree that is because up until recently there were no motherboards for these CPUs on the market. ASRock Rack was first to showcase such a mainboard at Computex. Now, GIGABYTE is coming up not with one, but with two ATX mobos for AMD’s EPYC aimed at workstations.

GIGABYTE’s lineup of ATX motherboards for AMD’s EPYC consists of two motherboards, the MZ01-CE0 and MZ01-CE1. Both feature a socket for AMD’s EPYC, four PCIe x16 slots (as expected from a CPU that has 128 spare PCIe lanes) compatible with dual-slot graphics cards and accelerators, a PCIe x8 slot, eight DDR4 slots supporting up to 1 TB of DDR4 ECC memory, an M.2 slot for SSDs, and four SlimSAS ports for up to 16 SATA storage devices. 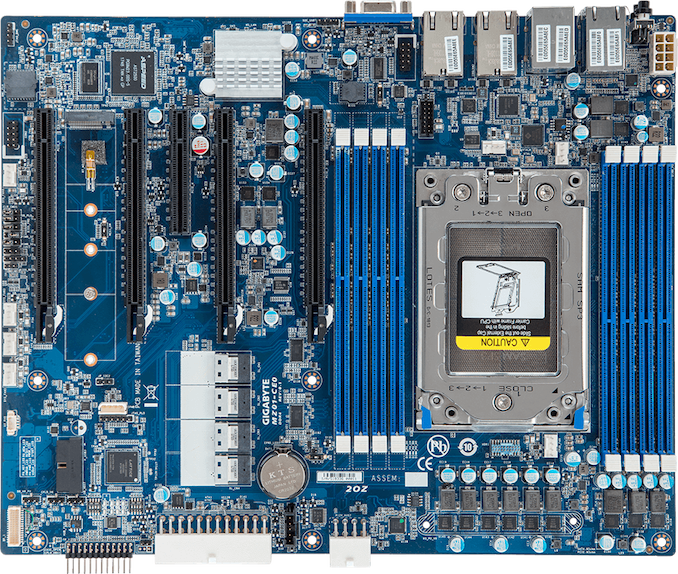 Despite being ATX-compatible, the two motherboards from GIGABYTE can be used to build both workstations as well as servers. The MZ01-CE0 and MZ01-CE1 platforms come equipped with Aspeed’s AST2500 BMC for remote management as well as GIGABYTE’s Server Management software.

Both MZ01-CE0 and MZ01-CE1 motherboards come equipped with two onboard Intel I210 GbE LAN controllers. Meanwhile, the MZ01-CE0 is also outfitted with two extra 10 GbE Base-T LAN ports (controlled by the Intel X550 chip) for those who have appropriate networks for transferring large files from one system to another (something quite common in movie industry, for example).

GIGABYTE has not touched upon MSRPs of its EPYC-supporting motherboards because they will be available mostly to B2B customers. Meanwhile, being unique products for server CPUs and equipped with expensive network controllers, the MZ01-CE0 and MZ01-CE1 will certainly carry premium price tags. 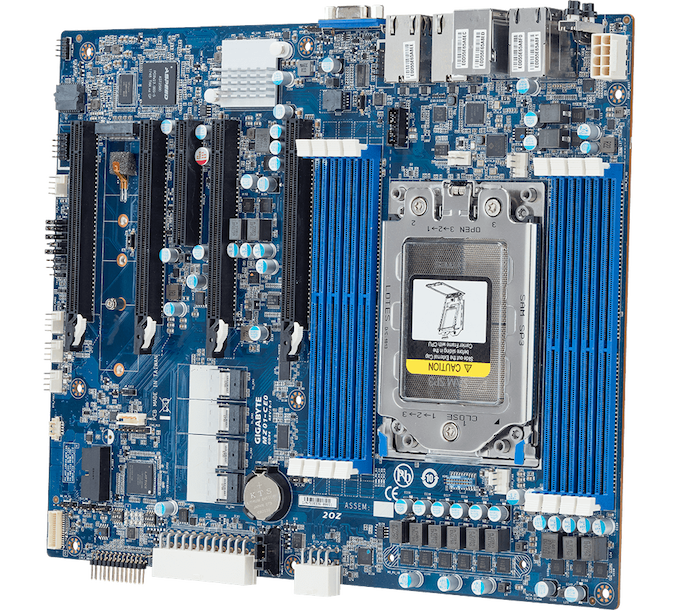