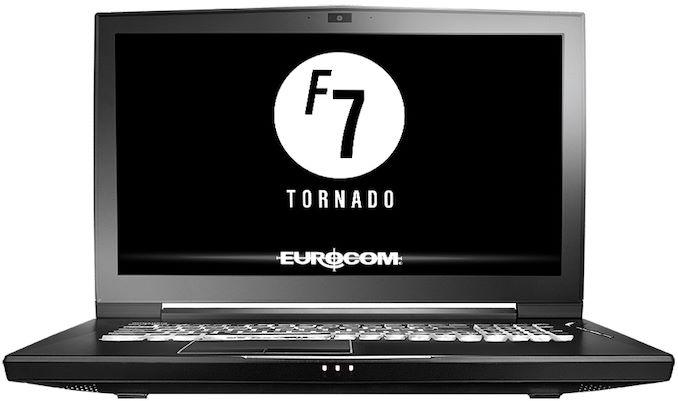 Eurocom this week introduced its newest high-end desktop replacement mobile workstation, the Tornado F7W. Aimed at those who need desktop-class performance in a clamshell form-factor – with little heed to weight or power consumption – the new DTR packs in Intel’s latest eight-core desktop processors, 128 GB of memory, as well as NVIDIA’s flagship professional-grade GPU for notebooks. 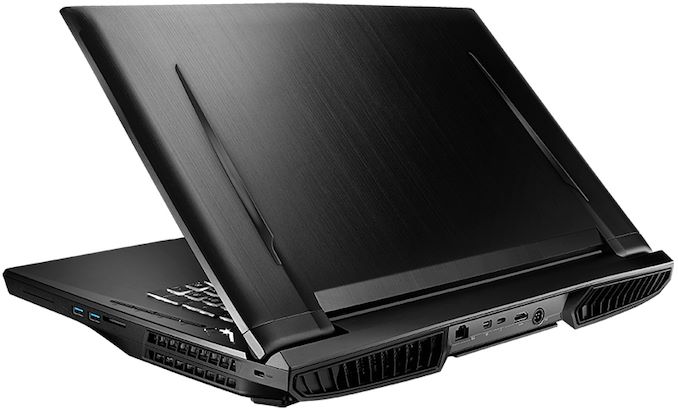 Eurocom’s Tornado is the company’s flagship mobile workstation. The luggable computer comes in an aluminum + plastic chassis and is equipped with a 17.3-inch display panel (4Kp60 or 2Kp120). Under the hood, the machine is powered by Intel’s desktop-class (socketed) CPUs, as well as NVIDIA’s Quadro Mobile GPUs. In its top configuration, the Tornado F7W comes with Intel’s eight-core Core i9-9900K processor paired NVIDIA’s Quadro P5200 MXM module featuring 16 GB of GDDR5X memory. To cool down its two key components, the mobile workstation uses two cooling systems, each featuring a high-speed blower and five thick heat pipes. 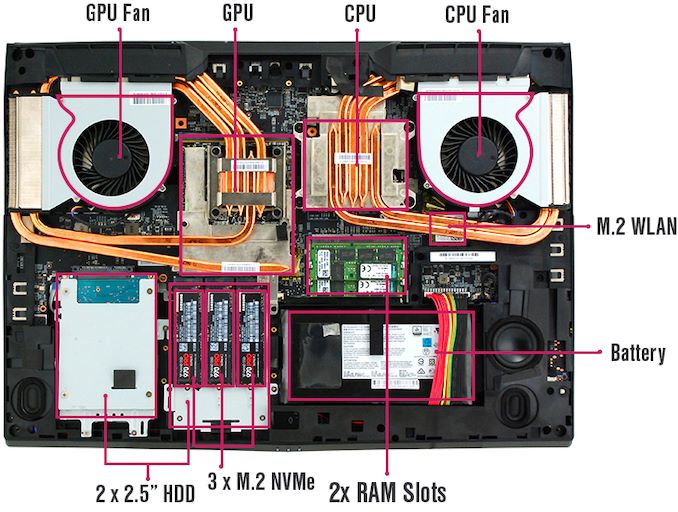 The Tornado F7W can be equipped with up to 128 GB of DDR4-2667 memory, three M.2 PCIe SSDs, as well as two 2.5-inch storage devices for a total of 22 TB of storage space. Meanwhile, those machines powered by Xeon processors can also take advantage of ECC memory. Since the machine uses socketed CPUs, discrete MXM GPUs, SO-DIMMs, and M.2 SSDs, it can be easily upgraded after the purchase, just like a desktop PC. 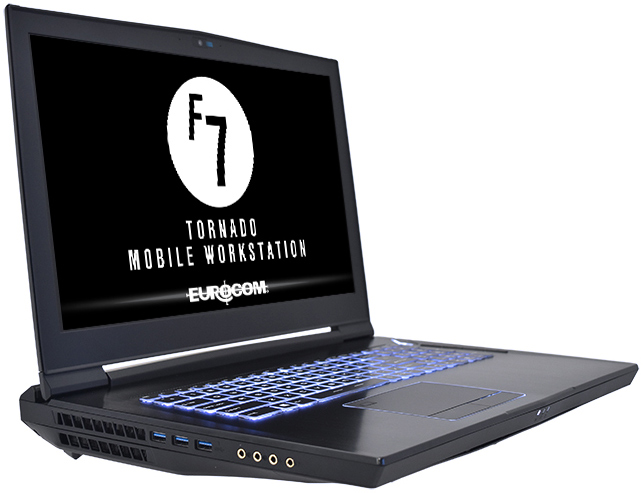 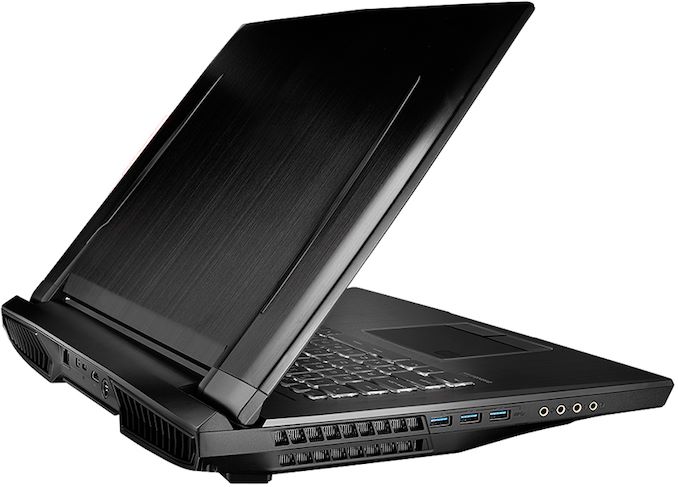 On the physical side of things, the system has one GbE port (controlled by the Intel I219-LM to enable vPro and remoted management for Xeon-powered machines), five USB 3.0 Type-A connectors, one Thunderbolt 3/USB Type-C port, two display outputs (HDMI 2.0, mDP), an SD card slot, a SmartCard reader, and 5.1-channel audio connectors. Obviously, the laptop also has a keyboard with a keypad, a 2MP webcam, integrated speakers, and so on. 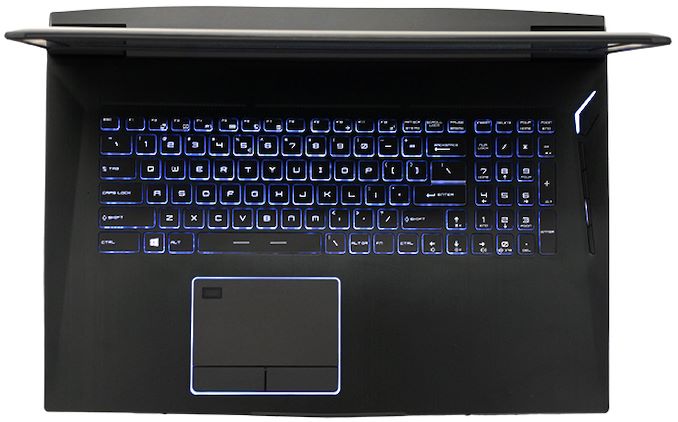 Since the Eurocom Tornado F7W is a mobile workstation, it has to support workstation-class security. Therefore, the machine comes with a pre-installed TPM 2.0 module, optional BIOS-enabled disk encryption, a fingerprint scanner, a SmartCard reader, and a security lock. For those who want an ultimate security/privacy, Eurocom offers machines without a webcam, microphone, and WLAN/BT. 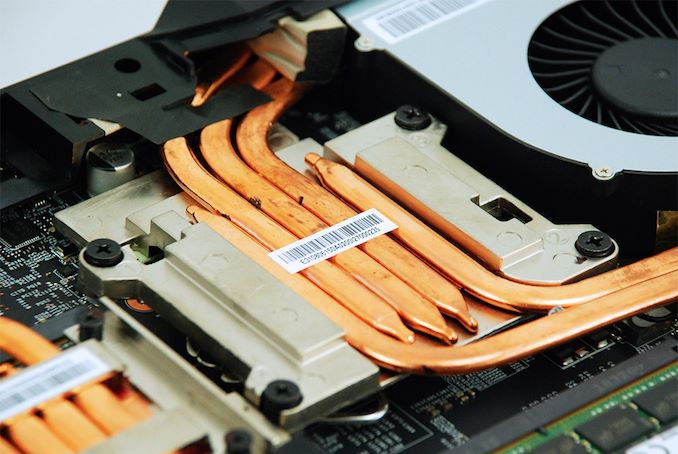 Time to talk about portability and battery life. The Tornado F7W comes equipped with a 90 Wh battery that the manufacturer affectionately calls "a built-in UPS". Eurocom does not assign an actual battery life rating to the device, but then this isn't a machine that's intended to be away from a power outlet for long. The machine is 51 mm thick and weighs 4.14 kilograms, so it is portable but not especially easy to carry around. For mainstream configurations Eurocom offers a 330 W PSU that weighs 1.24 kilograms (making the effective weight of the PC about 5.4 kilograms), but for ultra-high-end configs the company also has a 780 W PSU that weighs 1.7 kilograms. 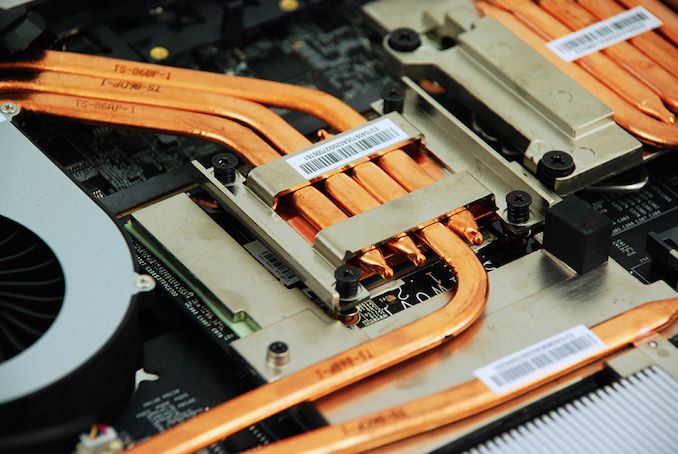 Eurocom’s Tornado F7W is already available for order at the company’s website. The cheapest configuration with a Full-HD 120 Hz LCD, Intel’s Xeon E2176G, NVIDIA’s Quadro P3000, 16 GB of RAM, and a 1 TB HDD retails for $3,499. Once the system is beefed up for maximum performance and storage redundancy, the price of the Tornado F7W skyrockets to $14,000 and can actually go all the way to $20,500.