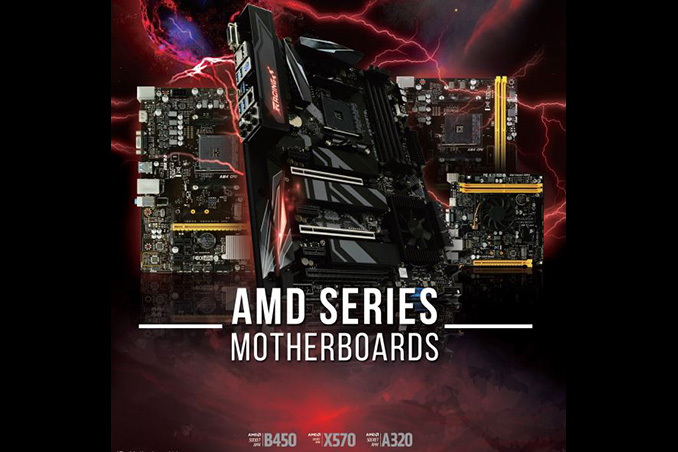 It what seems to be an inadvertent move, Biostar has released information about its upcoming X570 Racing GT8 motherboard ahead of AMD's unveiling of the new X570 chipset. This announcement highlights certain specifications surrounding the X570 chipset and the X570 Racing GT8 itself including PCIe Gen 4, and support for high speed DDR4-4000 DDR4 memory.

While there's an element of mystery around the full and final details of the X570 chipset on AMD's AM4 socket, the unveiling of the X570 Racing GT8 motherboard confirms that X570 will feature PCIe 4.0. All told, it looks like the X570 Racing GT8 has three full-length PCIe slots, with two fed by the CPU supporting x16/x0 and x8/x8 configurations, the third full-length slot fed by the chipset at x4, and three PCIe 4.0 x1 slots. Biostar is advertising the X570 GT8 to feature a 12-phase power delivery which is fed by a pair of 12 V ATX power connectors which consists of an 8-pin and 4-pin.

The seemingly accidental reveal is interesting as the official specifications notes support for DDR4-4000 which leads us to believe that the IMC on the impending Ryzen 3000 series processors will feature a stronger memory controller (IMC) than the previous 2000 series. This makes things interesting as we found AMD's Infinity Fabric interconnect scaled well with memory frequency and with a higher standard surely to be set with the new 7nm manufacturing process, it could go one step further in regards to memory performance. 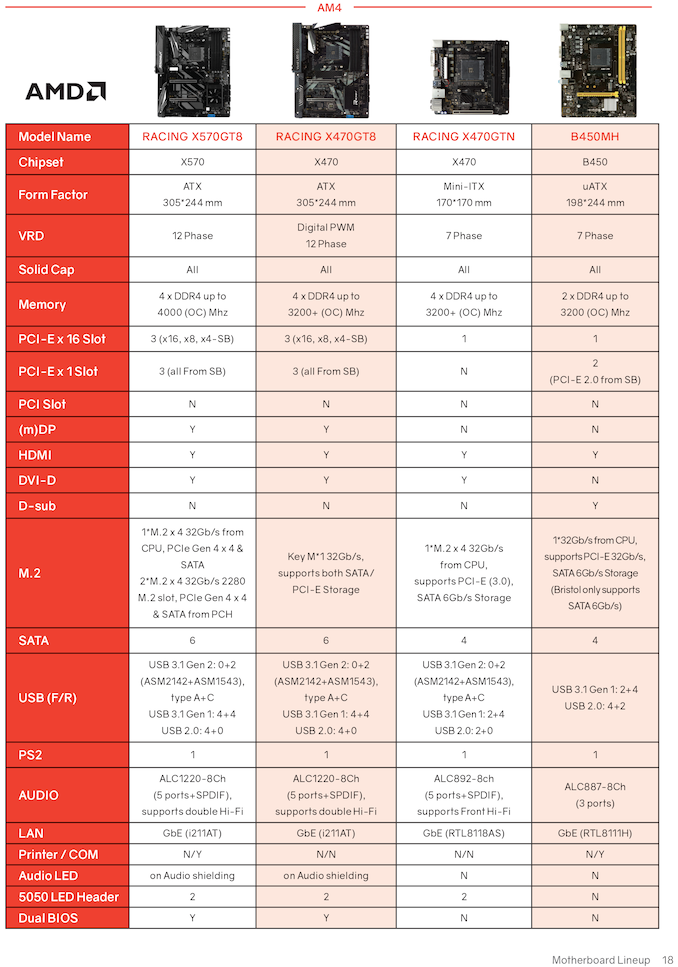 From the PDF file found on the official Biostar website initially spotted by VideoCardz, we know that the X570 Racing GT8 is ATX sized and will feature three M.2 slots PCIe 4.0 x4/SATA slots, with six SATA ports rounding off the storage capabilities. Design wise the board has a black PCB with grey printing and includes three buttons for power, resetting, with the function of the third button currently unclear. We don't know if the board has onboard RGB LED lighting, but we know that the X570 GT8 will have two RGB 5050 LED headers for users to utilize.

Also included is a Realtek ALC1220 8-channel HD audio codec which provides five 3.5 mm audio jacks and an S/PDIF optical output on the rear panel, as well as a single 1 GbE LAN port powered by an Intel I211-AT controller. For users looking to use AMD's Ryzen APUs, the rear panel also has a set of video outputs including a mini-DisplayPort, HDMI and DVI-D output. Due to the inclusion of the ASMedia ASM2142 and ASM1543 USB controllers, the Biostar X570 Racing GT8 will feature two USB 3.1 Gen2 ports (Type-A and Type-C) with four USB 3.0 Gen1 Type-A ports and four USB 2.0 ports. Users can expand upon this with an additional four USB 3.1 Gen1 Type-A ports and four USB 2.0 ports through the board's front-panel USB headers.

As it currently stands, the availability of the Biostar X570 Racing GT8 is unclear given that the X570 chipset hasn't officially been announced by AMD at present; this also stretches to the pricing as no information is currently available.