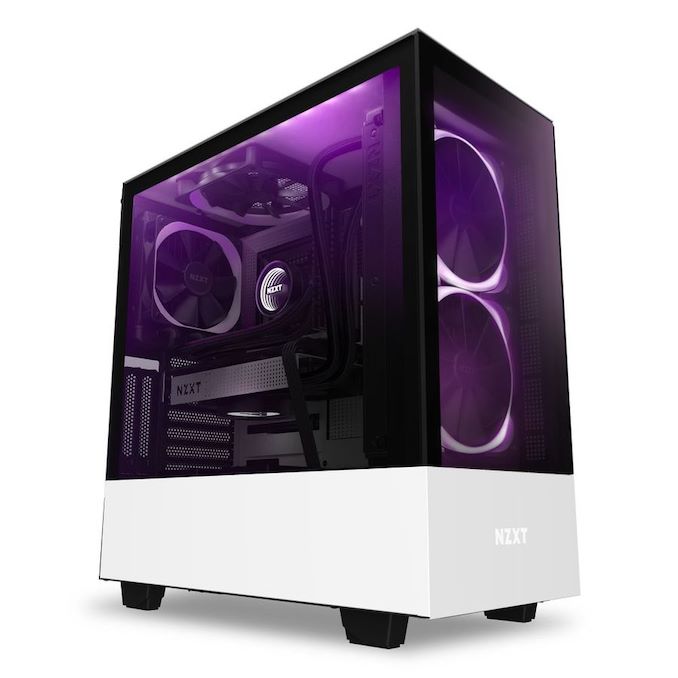 Starting with the revised NZXT H series, the most predominant inclusion to the range is front panel IO USB 3.1 G2 Type-C ports. Each refreshed model including the H210, H210i, H510, H510i, H710, and H710i. Each i series model from the range also includes its new smart device v2 CAM-powered controller which offers two HUE 2 RGB lighting channels and three RGB fans with both voltage regulated or PWM fans to be used. Another subtle, yet interesting change is the new SSD mounting trays. The changed design means that thumbscrews are no longer needed to install, and features a new design for seamless installation, without looking garish.

The H510 Elite adds more premium to the mix with front and side tempered glass panels, two NZXT Aer RGB 2 fans in the front and a single addressable RGB LED strip; users can customize the lighting effects with the CAM software. Also on the front panel IO is USB 3.1 G2 Type-C which has been integrated across the entirety of the new range. One of the major design improvements is a new patented cable routing kit which allows users to better cable manage their system. An integrated GPU mount allows users to vertically mount a graphics card, but NZXT does not supply a PCIe riser card which is needed for operation. On the cooling, the NZXT H510 Elite is optimized for water cooling with a removable radiator and fan mounting bracket for easier installation.