A quick glance at the Bullet Hunter MK6 reveals a simplistic, yet graceful design. The keyboard has a flat metallic top cover with the tall mechanical keys “floating” over it - an approach that is, at the very least, convenient for quick cleaning and offers a reduced desktop footprint. 1STPlayer chamfered and chromed the edges of the metal, a simple but very effective approach to improve the aesthetics of the keyboard. The company logo can be seen in a small frame at the top center of the keyboard. There is also just one visible screw above the ESC key, which also is a pan head screw, as if the designer wanted the screw to stand out. The rest of the screws are smaller, chamfered, and hidden underneath the keycaps.

We received the US layout version of the Bullet Hunter MK6. It basically adheres to the 104 keys ANSI layout but there are four extra buttons and a volume wheel for multimedia functions. It has a 6.25× sized spacebar and seven 1.25× bottom row keys. 1STPlayer is using a modern, bold, stencil-type font on the keycaps, which also have the secondary characters printed at the top of the keycap for a clearer backlighting effect. Extra multimedia and backlight control functions are accessible via keystroke combinations using the Fn key but, strangely, most of them are the same multimedia and volume control functions that the extra buttons and wheel are meant to perform. 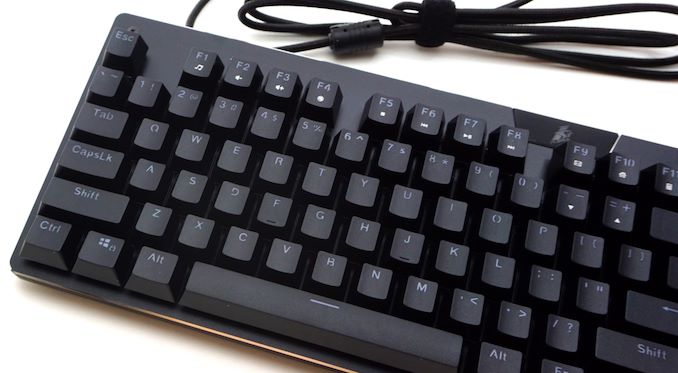 The 1STPlayer Bullet Hunter MK6 appears to be a rather tall keyboard but that is mostly due to the relatively small footprint of the design - it is about just as tall as any other mechanical keyboard that uses full-travel mechanical switches. It is comfortable for professional use, allowing for easy typing without the user’s wrists touching the desk of the keyboard. However, for extended use, especially for gaming sessions where one arm may stay immobile for long periods of time, an appropriate wrist rest will definitely help. 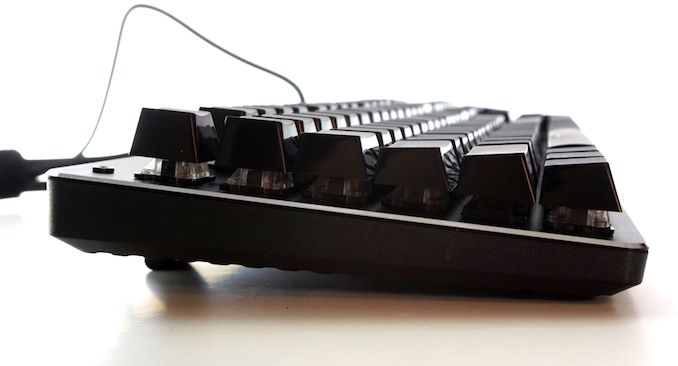 The plastic bottom of the keyboard is ribbed, for reasons unknown. It is unlikely that this design serves any practical purpose - most likely, it is but an aesthetic touch by the designer. Other than that, we spotted four large anti-skid rubber pads and two standard tilt adjustment feet.

OUTEMU is also using clear plastic for the switch housing, much like what Cherry does with their RGB switch variants. Considering that cross-type supports are found beneath the larger keys of the keyboard, the entire design is a close copy of Cherry’s products. OUTEMU added what seems to be extra supports around the stem, probably to limit keycap wobbling, but these stems should still be compatible with any keycap designed for Cherry MX switch stems.  At this point we should also note that the switches are not soldered on the board but can be removed, allowing the user to replace or mix-&-match switches. 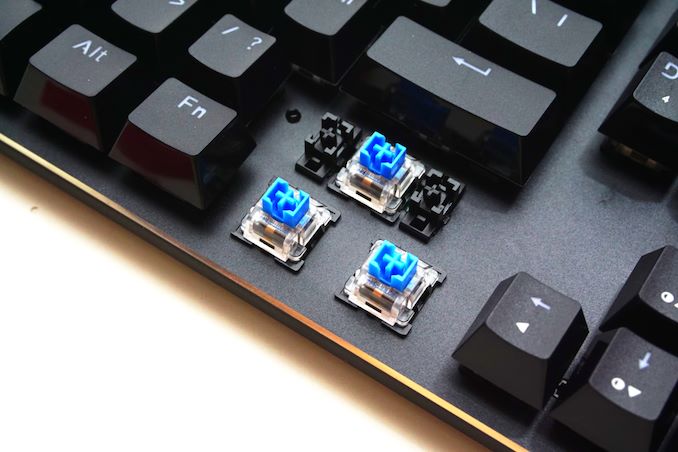 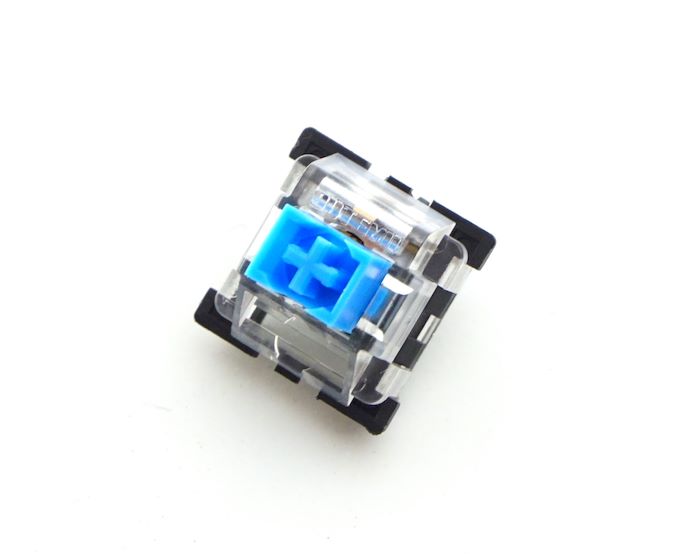 The RGB backlighting on the Bullet Hunter MK6 is bright, resulting in beautifully crisp keycap characters. However, due to the placement and the strength of the LEDs, the rear backlighting is uneven, strongly bleeding around the top of the keycap and almost completely dim towards its sides and bottom. Unfortunately, the clear body of the OUTEMU switches does little, if anything at all, to evenly diffuse the light around the keycap. 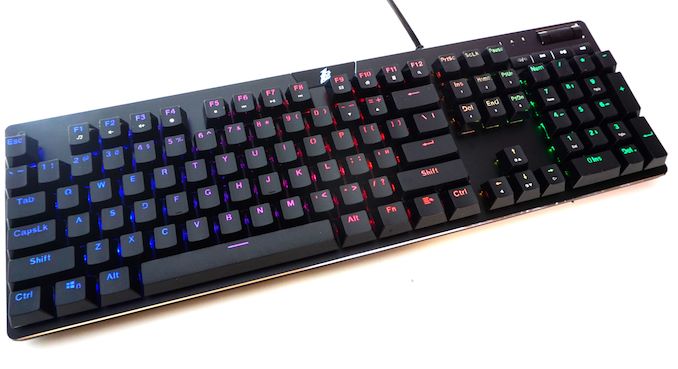 Removing the plastic bottom cover reveals that the Bullet Hunter MK6 has its main PCB secured onto the metal top frame. The extra buttons, volume wheel, and illuminated company logo are part of the plastic bottom frame. Overall, the construction feels very rigid and the assembly quality looks very good, especially considering the price range of the keyboard. 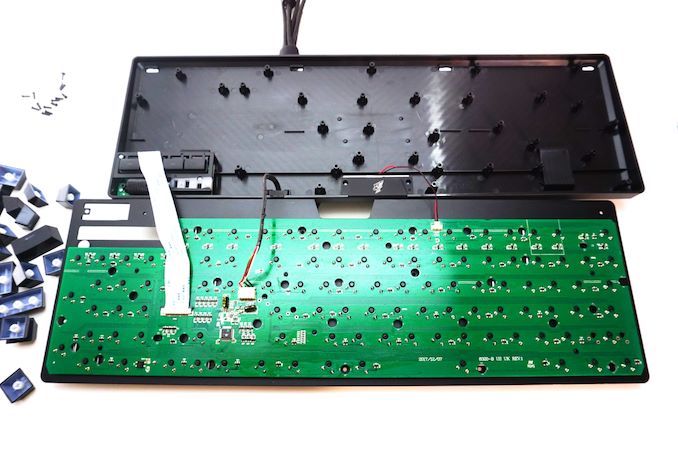 The heart of the Bullet Hunter MK6 is the VS11K09A MCU, made by Evision Semiconductor. It is a 32-bit Cortex-M0 MCU but, unfortunately, we could not find detailed information about the chip online. Evision markets the chip as one specifically designed for RGB keyboards and peripherals, therefore its performance should suffice. 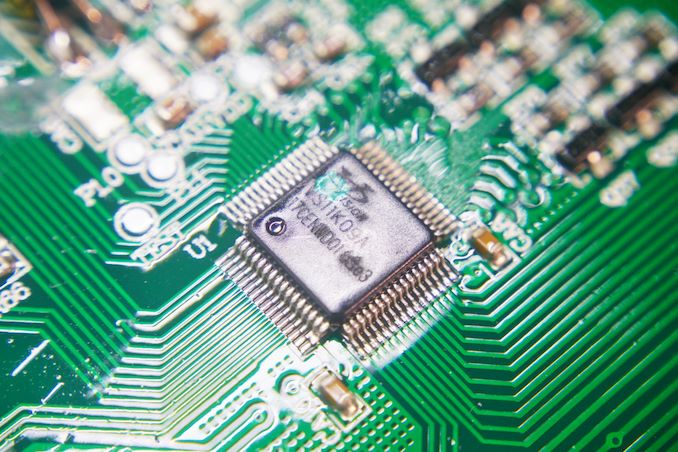