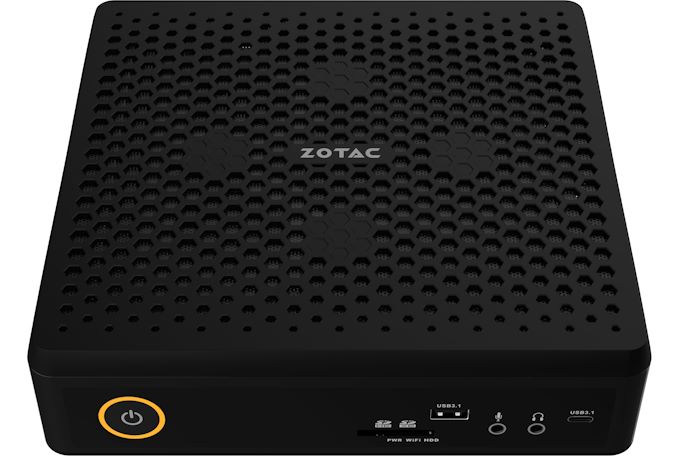 The ZOTAC Zbox Magnus EN92080V comes in a slim chassis that measures only 62.2 mm (2.45 inches) in height and features a volume of just 2.65 liters. The PC it is powered by Intel’s eight-core Core i9 processor (with a 45 W TDP) as well as NVIDIA’s GeForce RTX 2080 graphics processor in its version for laptops. It is unclear whether the GPU is soldered down to the motherboard of the model EN9280V, or is located on an MXM card and thus can be upgraded eventually. It's worth noting that the Zbox Magnus EN92080V does not seem to have a Thunderbolt 3 port, but the UCFF gaming PC can house up to 32 GB of DDR4-2666 memory using two SO-DIMM slots, one 2.5-inch storage device, and an SSD in an M.2 form-factor, so at least memory and storage can be expanded.

Historically, ZOTAC used GeForce MXM modules for its small form-factor Zbox Magnus systems, but improved energy efficiency of NVIDIA’s desktop GPUs and ZOTAC’s own cooling systems allowed the company to switch to regular graphics cards and enable its customers to upgrade them. With the Zbox Magnus EN92080V, ZOTAC uses a mobile CPU and a mobile GPU again, but this time to make a UCFF gaming PC that offers performance of a premium desktop computer.

ZOTAC will start sales of its Zbox Magnus EN92080V in the coming months. Pricing will be revealed when the product is launched.