Phison At CES 2020: Preparing For QLC To Go Mainstream 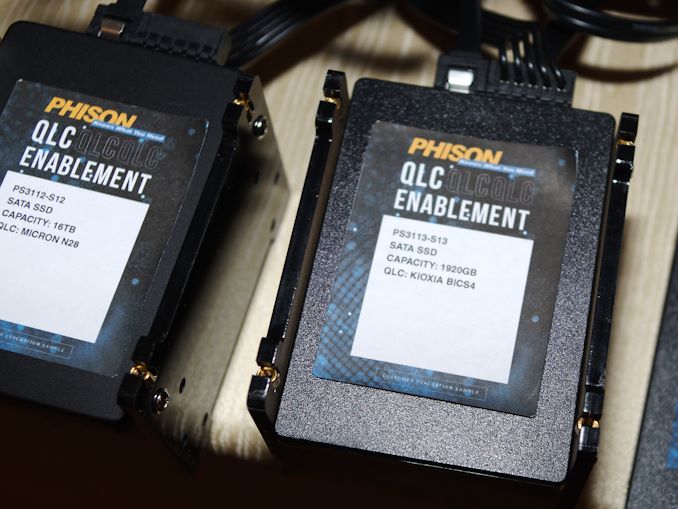 NAND flash memory prices are projected to climb in 2020. The manufacturing transitions to 96-layer 3D NAND and beyond are not going to increase bit output as quickly as demand will be growing. This will be a major change from the NAND oversupply that caused price crashes in 2018 and into 2019.

SSD controller vendor Phison is betting that increasing prices will finally push the consumer SSD market to embrace 4 bit per cell QLC NAND flash memory, which thus far has seen only limited success in the retail SSD market and virtually no adoption from PC OEMs. The price premium for SSDs with 3 bit per cell TLC NAND has been small or non-existent across all market segments, so the performance and endurance advantages of sticking with TLC NAND have been worthwhile. Those days may be coming to an end. Phison expects—quite reasonably—that when NAND flash memory supplies are constrained the bulk of the TLC NAND manufactured will be snatched up by the higher-paying enterprise SSD customers, more or less forcing the consumer SSD market to start shifting toward using QLC as the mainstream option.

In preparation for this shift, Phison is making sure that their full controller lineup is ready to work with QLC NAND. That means tuning the controller firmware to make the best of the lower performance of TLC NAND. For the OEM market in particular, they also have to update any of the older controllers whose error-correction capabilities aren't up to the task of supporting a 5-year warranty with the lower endurance of QLC.

Phison's hardware roadmap hasn't changed significantly from what we reported on after Flash Memory Summit. What is changing is how these controllers are being marketed. Phison has taken the unusual step of publishing performance specifications for most of their SSD controllers when paired with QLC NAND, rather than sticking with the TLC-based numbers that cast their controllers in a better light. Unfortunately, we're still getting numbers that are mostly based on testing at high queue depths and with durations short enough that the SLC cache is primarily what's being measured.

When paired with QLC NAND, Phison's high-end NVMe controllers will now be using a full-range dynamic SLC cache size, similar to what we've seen with recent Silicon Motion controllers but quite different from how existing TLC-based Phison NVMe drives have behaved with small fixed-size SLC caches. Maximizing the SLC cache size reduces the odds of ever running out of cache during ordinary consumer use, but at the cost of a more drastic performance penalty when the cache does fill up: there's more SLC data that needs to be compacted into TLC/QLC, and less free TLC/QLC to work with when doing that compaction in the background while continuing to handle host IO commands. This tradeoff makes the most sense when using QLC NAND, because no matter how big or small the SLC cache is, things will be painfully slow should it ever run out. 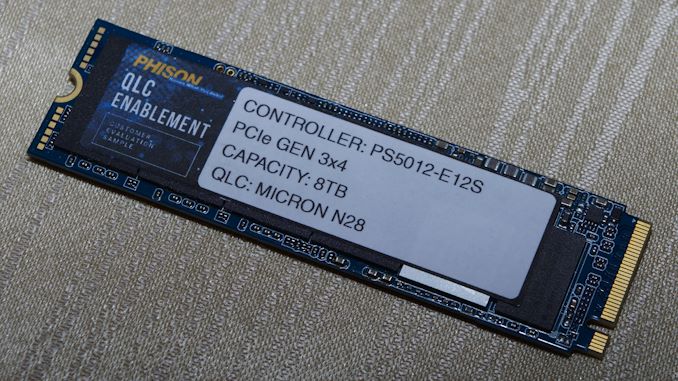 The performance of Phison's current high-end NVMe controllers with QLC NAND will be quite a bit slower than the best achievable performance with TLC NAND. The reduction in random read performance will probably have the greatest impact. This is also where we see a requirement for much higher drive capacities in order to attain the best performance. Over the past two years, 1TB TLC-based SSDs have become quite affordable and are almost always large enough to offer the maximum performance a SSD controller can handle. If those price points have to switch over to QLC NAND this year, we'll see 1TB drives at a significant disadvantage compared to 2TB and 4TB models. Since NAND price increases will make it harder for consumers to jump up to higher capacities, we may see a real performance regression for the average mainstream consumer SSD, without any monetary savings as a consolation prize.

Over on the SATA side, things don't look so bad. With the current S12 mainstream SATA controller and the full-range dynamic SLC caching strategy, even 1TB of QLC is still sufficient to hit the highest top-line performance numbers possible behind a 6Gbps bottleneck. Phison is listing those same peak performance numbers for capacities from 1TB all the way up to 16TB, including the non-power of two intermediate capacity of 12TB. In the past, those higher capacities have been supported only for the sake of enterprise SSDs, but Phison says they have at least one partner planning to bring out a 16TB drive for the consumer/prosumer retail market.

Phison's latest DRAMless SATA controller (S13T) will still be using fixed-size SLC caches when paired with QLC NAND, and low-cost drives that have to offer lower capacities will be stuck with subpar performance—again with random reads suffering the most.

Phison did not provide QLC-based performance projections for their current E13T DRAMless NVMe controller or its upcoming replacement E19T that brings PCIe 4.0 support and other performance increases. They also didn't provide QLC performance for the E18 (their 12nm second-generation high-end PCIe 4.0 controller), but that controller is due much later in the year and it should still be used mostly with TLC for enthusiast-class drives, unless the NAND price situation gets really bad.

As usual for performance projections from SSD controller vendors, the numbers are subject to change between now and retail availability of drives. The choice of which particular QLC NAND is used in a given product will affect performance, and there's still time for further firmware optimizations. 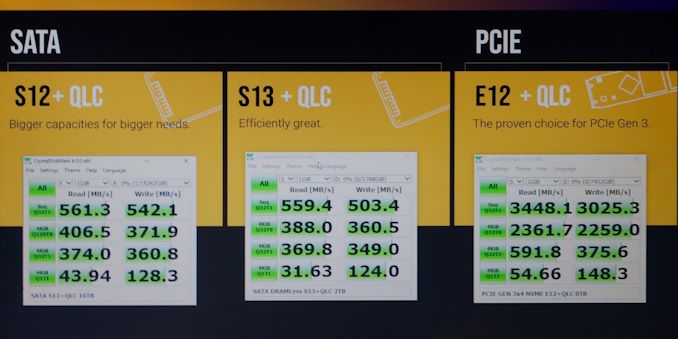 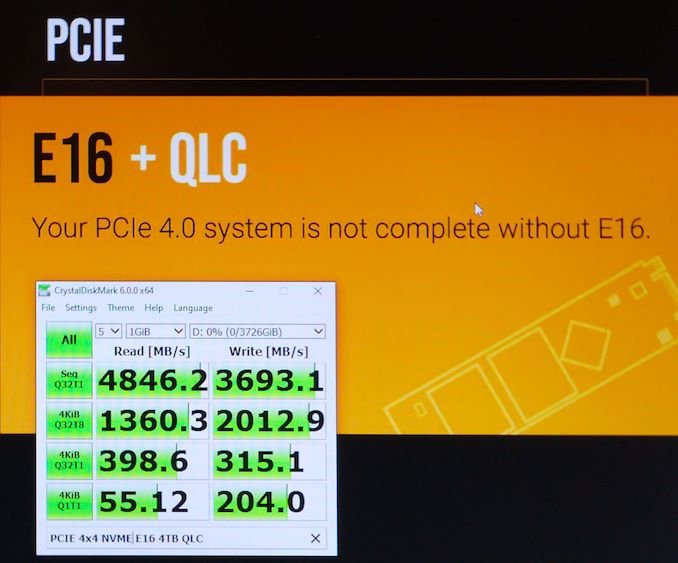 At CES 2020, Phison demonstrated various combinations of QLC NAND with their controllers in a range of capacities. Most of the SSDs shown were using Micron 96L QLC, but a few were also using Toshiba/Kioxia BiCS4 (96L) QLC. The QLC preparations also carried over to Phison's portable storage products, where they showed a 1TB MicroSD card, an 8TB Thunderbolt 3 SSD, and several USB attached solutions. All of these reference designs are likely to come to market this year, and in the portable storage market the QLC transition will probably be more thorough and unavoidable.