When one manufacturer has a breakthrough in hard drive capacity, the other manufacturers rush to make sure their product line contains at least one entry at the new capacity level. However, it can sometimes take a while for actual product to arrive after these announcements, so it can be difficult to buy the particular drive that a consumer wants. Fortunately, the distribution channels have begun to fill with 1TB drives over the last several months, and consumers are now able to buy these massive hard drives with relative ease. In our head-to-head comparison today, we pit Seagate's 1TB Barracuda 7200.11 ES.2 against Western Digital's 1TB Caviar GP, along with updated results from the Hitachi 1TB drive that kicked off the "Era of Tera".

After Hitachi, Seagate was the first of our competitors out of the gate with its 1TB drive announcements, listing several different incarnations of its largest-capacity drive. Seagate positions their Barracuda 7200.11 as a desktop-class drive. 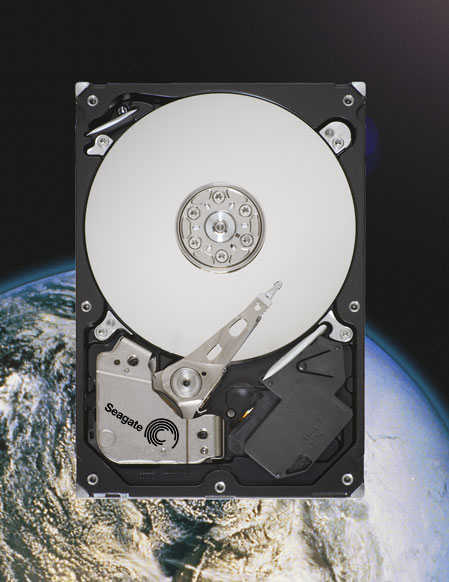 Seagate leverages its industry-leading five-year warranty and PMR recording technology in their mainstream 7200.11 desktop class drive. Anyone familiar with Seagate's drive naming conventions will recognize that this drive is the eleventh generation of their 7200RPM mainstream drives, marking over 15 years that they have been producing drives at that spindle speed. We were surprised once again at the launch of this new class of drive, as Seagate announced the 7200.10 series just over a year ago. The major enhancement in the 7200.11 product series over the 7200.10 is a simple increase in areal density. The platter size increases from 188GB on the 7200.10 series to 250GB on the 7200.11 product. This increase in density is the primary reason for the claim of this drive being "second generation PMR recording technology". The other major change is an increase from 16MB cache to 32MB cache on the 1TB drive. We will look to find out what performance benefits, if any, come with this "second generation" technology. 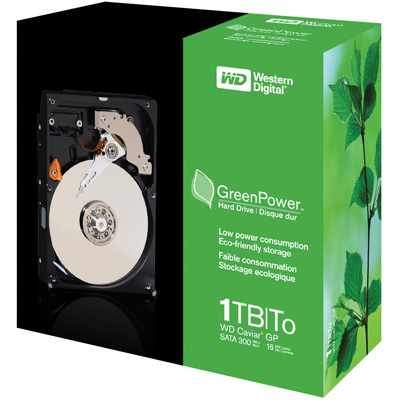 Western Digital followed Seagate's lead in introducing their 1TB Caviar GP in July of 2007, though their approach to the technology differs considerably. Where the Seagate drive focuses on reliability and trading on their established name, the Western Digital Caviar GP seeks to set itself apart with its low power consumption. This "green" approach - dubbed "environmentally responsible storage" in their product literature - attempts to portray the GP line as environmentally friendly due to a low power consumption figure. While we can all appreciate lower power requirements in our computing components, it remains an open question if users are willing to accept any performance trade-offs to get there. Our main question today is if Western Digital's focus on being "green" comes at the cost of performance, and how does the new Seagate 7200.11 compare to the 7200.10 series. Let us look at the specifications to see the numbers behind the headlines.