In another review, Anand wrote some words that I can't get out in my head because they're so true: "Apple has started a trend of companies spending entirely too much on packaging." Truer words haven't been spoken, but the KIN did have some of the most unique packaging I've ever seen. There's been some other memorable packaging out there, including the 'Hacker Edition' N900 packaging which requires using terminal commands over serial to open the box. 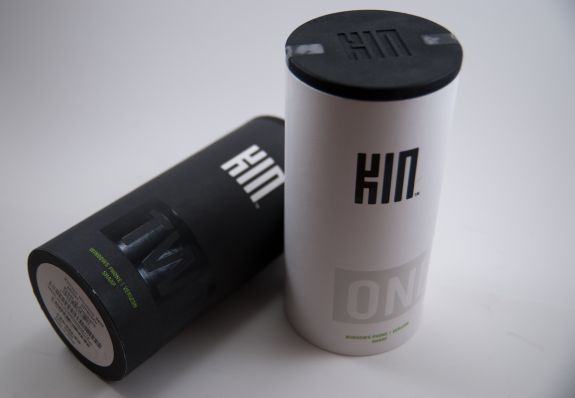 The KIN packaging was different. It was hip, modern, and innovative. If nothing else, it shows that Microsoft can still get radically creative when it matters.

I'd like to point out that what's particularly odd about smartphone packaging is that - most of the time - you don't even get to unbox your own phone if you're purchasing it at a retail store. A carrier employee will take the phone out, activate it, and hand it to you. This has been the case for me at least with every phone I've ever purchased which was subsidized. Sometimes they'll ask you if you want to take it out of the box, but it's rare in my experience. Even though packaging isn't something the user frequently gets to dive into when buying at a store, it does set a first impression - which is likely why so much importance is afforded to it. But I digress.

The KIN came in colorful cardboard tubes with rubbery caps at top and bottom. The ONE comes in a white tube, while the TWO comes in a black one. The first impression the KIN packaging sets is that it's radically different - just like the phones themselves. 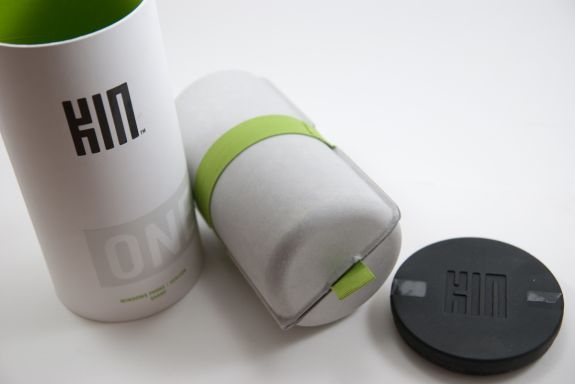 Pop the top off the pringles, er... KIN can (there's a joke in there about a can-can waiting to be had), and there's a green felt pull tab and a cardboard holder. Pull on that, and out comes a tube wrapped with the same kind of elastic green felt. 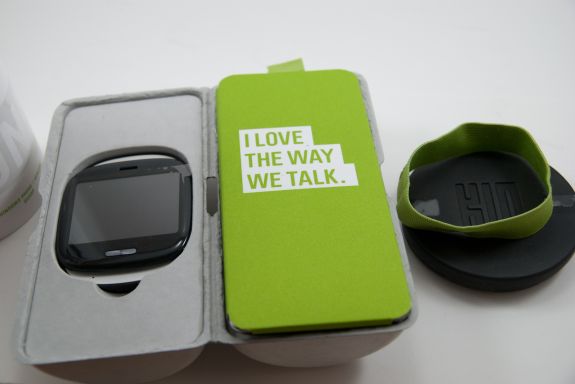 Take that felt ring off, open the cardboard fold, and you've got the phone in an inset on one side, and instructions, cables, and power adapter on the other. The TWO has the same affair, except the inset is slightly larger to accomodate the taller form factor. 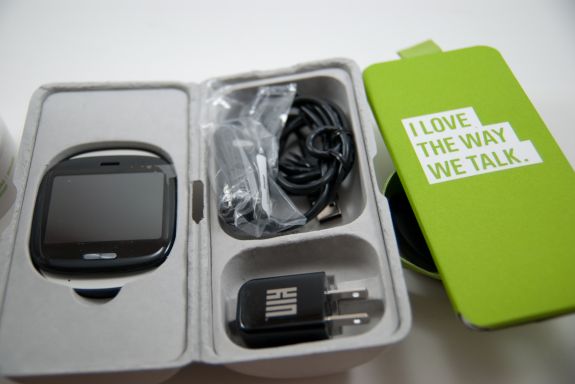 It was different, and it worked for the KIN. The devices weren't smartphones, weren't featurephones either - completely different packaging just made sense. Packaging is functional too however, and there's a reason most smartphone boxes are small and squarish. Squares have better packing density for transportation reasons. Cylinders - not as much. Microsoft made a bold choice going with a much larger than normal package that was flashy and different.