I haven’t had an official product briefing with VIA in years. The last time I met with a representative from the company was two years ago outside of IDF in San Francisco. Before then, it was probably around 4 years.

VIA was the first casualty of integration in the PC space. Today we’re all talking about moving graphics onto the processor die, but a few years ago we were having similar discussions about moving the memory controller and north bridge on die. As a manufacturer of chipsets (north and south bridges) for CPUs, VIA lost relevance in the x86 CPU market as the need for a third party chipset maker faded.

VIA’s recent visit to me in Raleigh, NC had two purposes according to the company. One, to remind me that VIA was still around and to give me some face to face time with a VIA representative (appreciated). And two, to showcase VIA’s dual-core Nano platform and brand new integrated graphics chipset (intriguing).

For those of you who don’t know, Nano is VIA’s answer to Atom, except it came along long before Atom did. Just like Atom, Nano was designed in Texas but by VIA’s Centaur team - a microprocessor company it acquired several years back. Centaur’s speciality was low power microarchitectures, and Nano is exactly that. 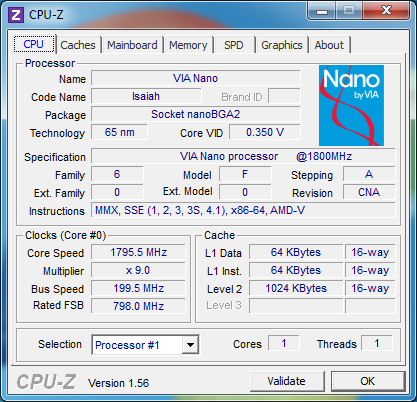 Compared to Atom, Nano is a bit of a beast. Both Atom and AMD’s Bobat core can fetch and issue up to two instructions. Nano can do three. Like AMD’s Bobcat, Nano has a full out of order execution engine. Atom, for the time being, is in-order.

The execution engine is well matched to the front end. Nano features seven dispatch ports and can retire up to three instructions per clock. In this sense, Nano is more like AMD’s Bobcat than Intel’s Atom. In fact, those two should be better matched than Atom vs. Nano. 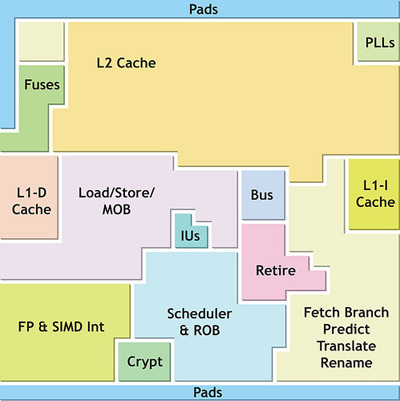 Nano has other advantages over Atom. It features a hardware encryption engine. Something VIA introduced long before Intel’s AES-NI in Westmere. All of these features come at the expense of power consumption. Nano should be faster, but it draws more power than Atom.

VIA is a fabless semiconductor manufacturer, its Nano processor and associated chipset are both fabbed at TSMC in Taiwan. Nano is currently a 65nm design although VIA plans to take it to 40nm in 2011. 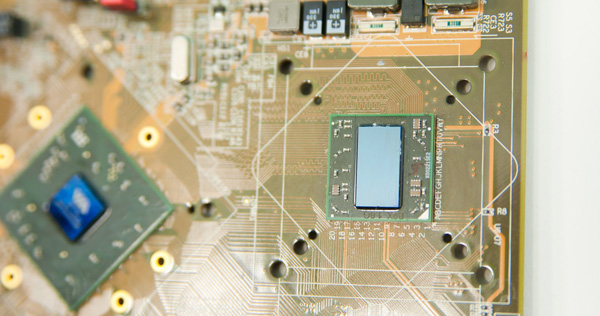 The dual-core Nano that VIA dropped off is architecturally identical to the existing Nano. Similar to the dual-core CPUs, DC Nano is literally two Nano die placed alongside one another. The L2 caches are private and all core-to-core communication happens externally via the Nano’s latest chipset: VIA’s VN1000. The dual-core die measures 8.5 mm x 16 mm (136mm^2 total area) on a 21 mm x 21 mm BGA package.

Ironically enough, VIA hasn’t integrated a memory controller into its own CPU design. Although to VIA’s credit, the CPU’s performance is competitive without it. I suspect VIA will deliver a more integrated version of Nano within the next 12 - 18 months. 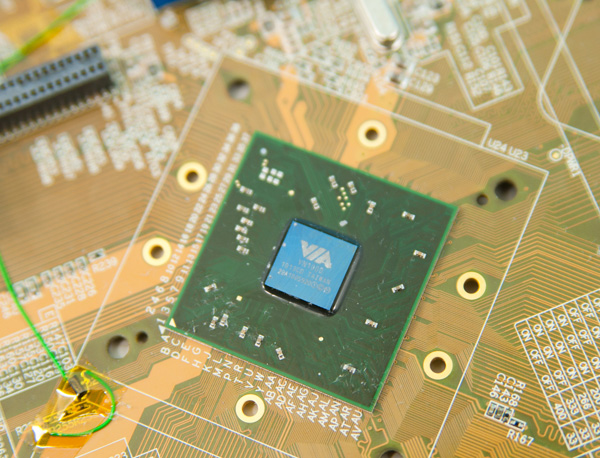 While the dual core Nano improves competitiveness with Intel’s Atom, it’s the VN1000 that’s a huge step forward. These days everyone is talking about graphics and VIA is no exception. The VN1000 integrates S3’s Chrome 520, a brand new DirectX 10 GPU. VIA was light on architectural details other than to state that it has 32 stream processors and 4 texture sampling units. The VN1000 die is nearly as big as the CPU at 100mm^2 on a 65nm process. VIA claims that the 520’s performance is easily good enough for mainstream graphics. 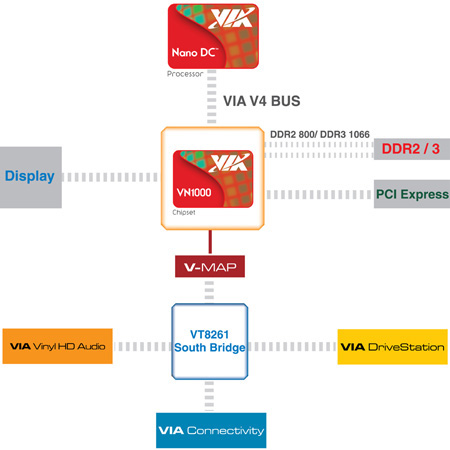 Armed with a reference ATX motherboard, I was eager to verify those claims. Note that this review appears a lot later than expected as our original DC Nano reference board was damaged in transport. It wouldn't do anything beyond POST so what you're looking at is our second sample. 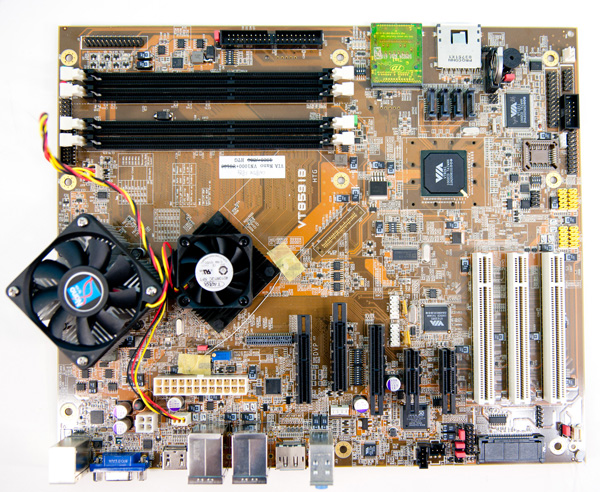