We've put together a screenshot gallery with a few more shots of the feature tests and main 3D UI test. Note that screen tearing in those screenshots comes from the Dalvik debugging tool we use to capture screenshots on Android reading the framebuffer as new frames are loaded. I did my best to select those with relatively minimal tearing, but in person the tests appear fine.

To that extent I've also taken a video of Basemark running once through on our myTouch 4G review unit. It's a little over 15 minutes long for the full run. If you want to skip ahead to the 3D UI test which is pretty demanding, you can find it at the 7:06 mark.

We've got devices spread between Anand, Vivek, and myself that we've collectively run Basemark on. Tests in basemark always run with both graphics rendering API calls enabled and disabled to give us an idea for whether performance is CPU or GPU bound in specific tests, but this doesn't affect score. Scoring in Basemark is simply the geometric mean of all the tests' score values.

These scores aren't normalized by screen resolution, so again differing screen sizes do play a part. The minimum officially supported resolution is technically 800x480 WVGA, however I edited a configuration file on the LG Optimus One to support 480x320 HVGA so we could get a score from there too - the rendering looked just fine.

First up is the overall score (which is again the average taken over all the individual tests): 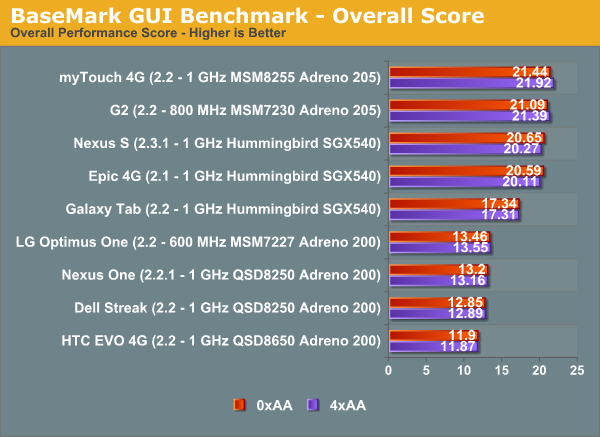 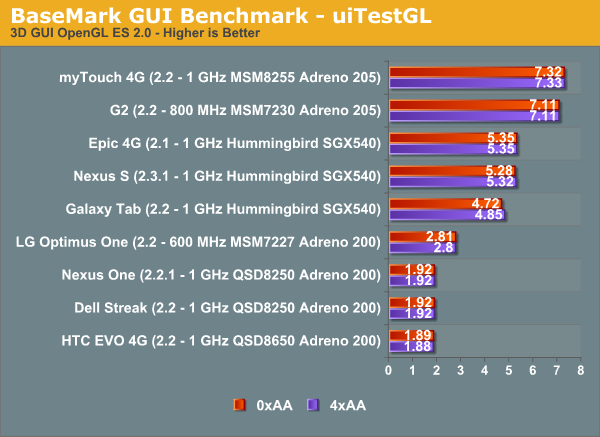 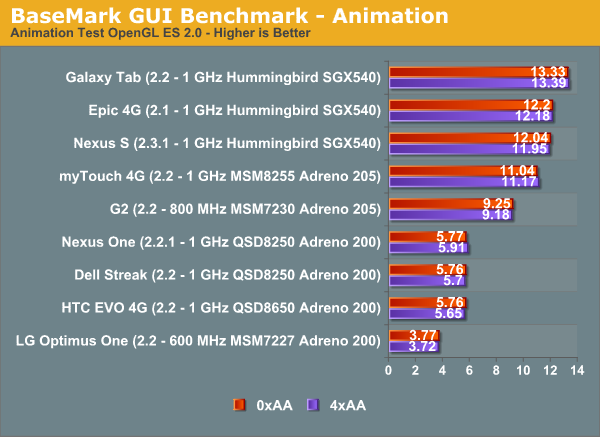 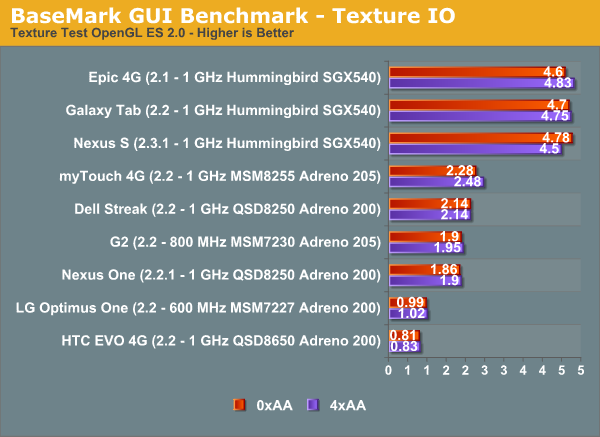 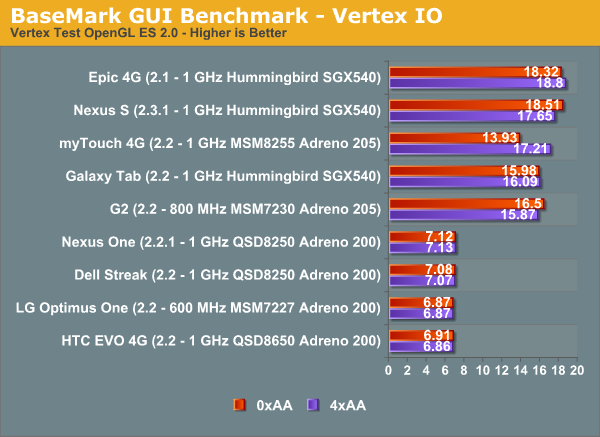 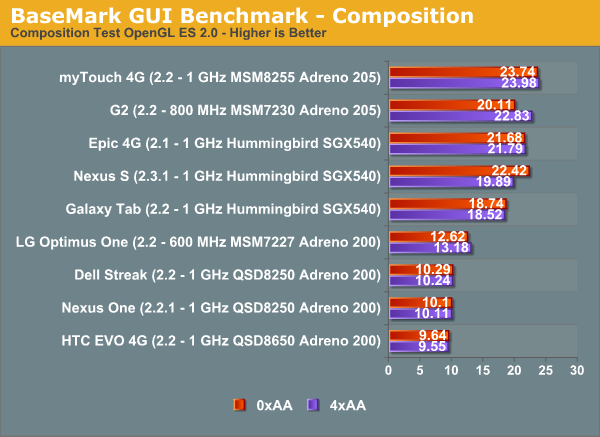 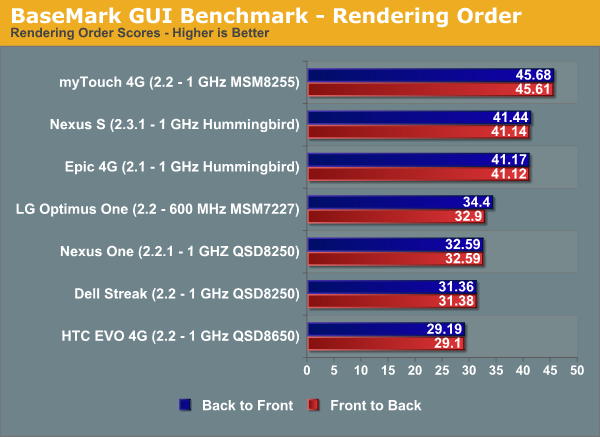 Results here are pretty interesting, and we see the Adreno 205 pull ahead of PowerVR SGX 540 in a few areas, which is surprising considering its substantial lead in our other tests like Quake 3 and GLBenchmark 2. In addition, the results immediately show that 4xAA is essentially free on all these tile-based renderers - results are within the margin of error for virtually all of these tests. Remember that thanks to tile-based rendering, little extra memory bandwidth is required for doing AA here. This is just one of the areas where tile-based architectures shine.

The Nexus S is a bit crashy throughout this benchmark, no doubt due to how new Android 2.3 is, and the Tegra 2 ViewSonic tablet produced strange results inbetween constant crashing, so we discarded its scores. As soon as we get more stable and final hardware, we'll add those Tegra 2 results in a full review. For now however, this is just another tool we're adding to our suite.