I’m going to deviate from the normal review path here a bit and immediately talk about what’s important, and that’s battery life and some discussion about the Bionic’s battery.

The stock battery that comes with the Bionic is relatively beefy, with a marked capacity of 6.6 watt-hours, or 1735 mAh if you prefer. That capacity is, on its own, nothing really out of the ordinary, and actually for Motorola phones on the smaller side, as the Atrix shipped with a relatively gargantuan 7.1 Whr battery.

But that’s not all there is to say about this standard battery. You see, normally, the nominal voltage for lithium-ion polymer battery is 3.7 V, with a fully charged voltage of 4.2 V. However, the Bionic’s standard battery is marked 3.8 V, and sure enough, with a fully charged voltage of 4.3 V. I went ahead and measured with a DMM just to make sure, though you can simply just look at the battery information page in *#*#4636#*#* and see the same voltage at fully charged. It seems that, for once, our habit of citing battery capacity in watt-hours has paid off. 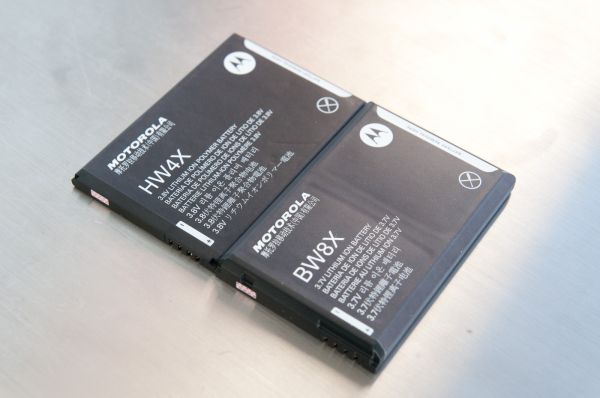 Most of the time, users quote battery capacity in just mAh because you can be assured that the nominal per-cell voltage of consumer grade lithium-ion batteries is going to remain the same, at 3.7 V nominal, and 4.2 V fully charged for a Lithium-manganese oxide (LiMn2O4) battery. That isn’t something that was just decided on; the voltage falls literally out of the electrochemistry of the reaction. Lithium is the ideal anode for an electrochemical cell because it has the lowest redox potential, at –3.05 V, and it’s very light, at 6.94 g/mol. Combine that with a cathode of your choice, and you get a battery. Relatively standard cathode choices are things like Mn2O4 or CoO2 or NiO2, with the first and second being popular choices. In reality, a graphite anode is used alongside a LiMn2O4 cathode to make things safer, and ions migrate between the cathode and anode during charge and discharge. I’ll spare you the hand waving, but the anode reaction gives you –3.0 V, the cathode reaction 1.15 V, combine them, and you get a ΔE of 4.15 V. You can see where the 4.2 V comes from purely from this, with a little bit of fudge factor. Each battery is different, but it’s again just a material choice.

So where does 4.3 V fully charged, and 3.8 V nominal come from? Well, you can push the battery a bit further at the expense of battery longevity, which is likely what’s being done here, unless there’s some non-standard battery chemistry involved. We all know that Lithium ion batteries wear out, and the mechanism is simple - over time, interstitial sites get filled with either impurities or some oxide, and there are fewer sites for for the lithium ions to migrate back and forth between. Increasing the voltage increases the rate of that wear.

Update: A source reached out to us and let us know that the Motorola Bionic's 3.8 V battery is in fact using a new alternative high voltage chemistry, and is not simply an overcharged Lithium Ion battery. This same battery will be used in the just-announced Motorola Atrix 2 as well. Note that the battery name includes an H (eg HW4X) to denote the use of these high voltage battery chemistries. This new chemistry also has similar cycle life as existing 3.7 V nominal batteries, and has been in the works for several years. 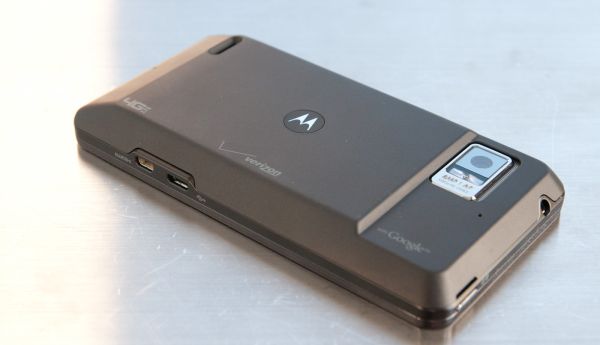 Bionic with extended battery and cover

I decided to do something we haven’t done before and try out the Bionic’s extended battery, upon seeing it on sale for $24 the weekend after its initial release. I was also curious to see whether this particular battery would also be marked with a 3.8 V nominal voltage. Instead, it’s marked 3.7 V, and has a capacity of 10.2 watt-hours, or 2760 mAh. I’m used to seeing extended batteries roughly double the capacity of the standard, here the extended battery is 1.54 times the original capacity. 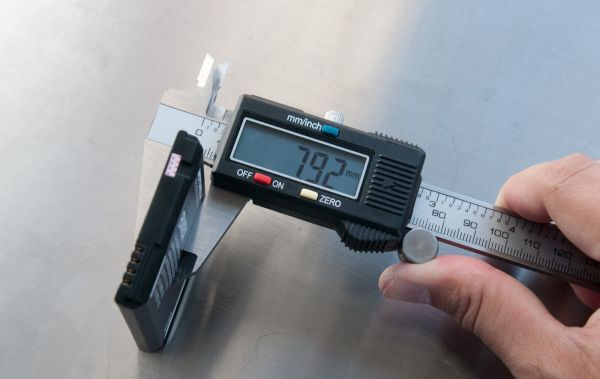 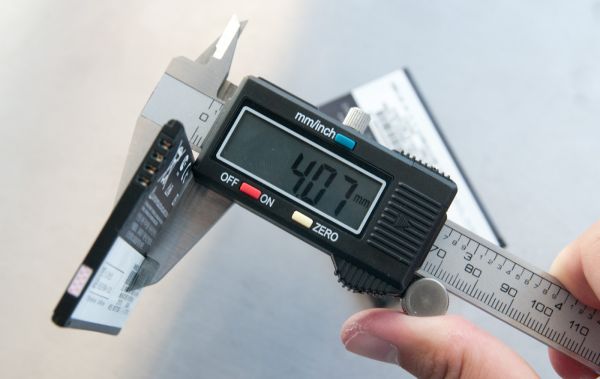 As with virtually all extended batteries, you get a modified battery cover that accommodates the battery’s increased profile. In this case thickness roughly doubles, from 4.07 mm for the standard battery, to 7.92 mm on the extended version. It definitely increases the size of the device, and as a result goes from feeling like a Droid X/X2 to something much bulkier, but it’s worth it for the extra longevity.

For comparison, the other three 4G LTE Verizon smartphones have smaller stock batteries. I’ve put together a table below showing their respective capacities for comparison. We don’t normalize to battery sizes quite yet, but you can do that with this data if you so please.

So now we get to the part where we talk about actual battery life, which we’ve measured for the Bionic just like we have other devices. I ran these tests twice and put the device through a few charge discharge cycles before doing them as well. The first is probably the most relevant, our smartphone web browsing battery life test. This consists of a few dozen pages loaded endlessly over cellular data with the display set to 200nits brightness until the phone dies. I wager most people are interested in seeing how 4G LTE battery life fares, and measured with the standard and extended batteries. 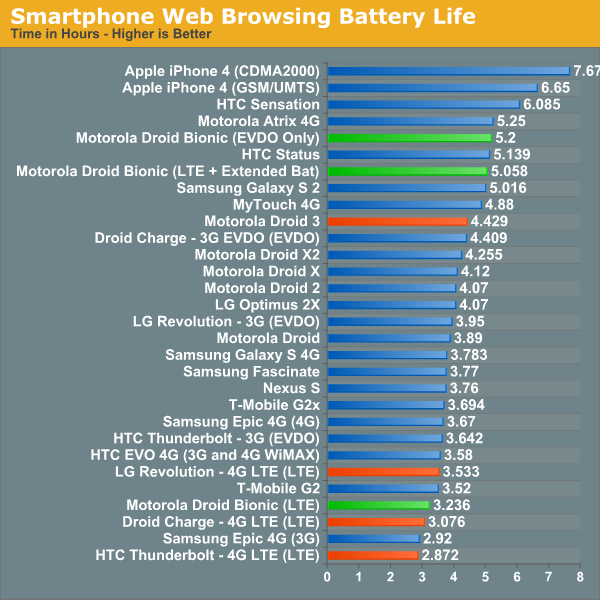 The Bionic with standard battery manages to best the Thunderbolt and Droid Charge, though not by a considerable margin. Interestingly enough the LG Revolution still leads the pack here. The extended battery provides considerable gains, as it should, with just over 5 hours of total life. This increase represents an almost perfect linear scaling, considering 1.54 * 3.236 = 4.98 hours of predicted life, so all is well in the universe in that regard at least.

WiFi web browsing life represents essentially the same test, except instead of loading pages over cellular data, pages are loaded over WiFi. 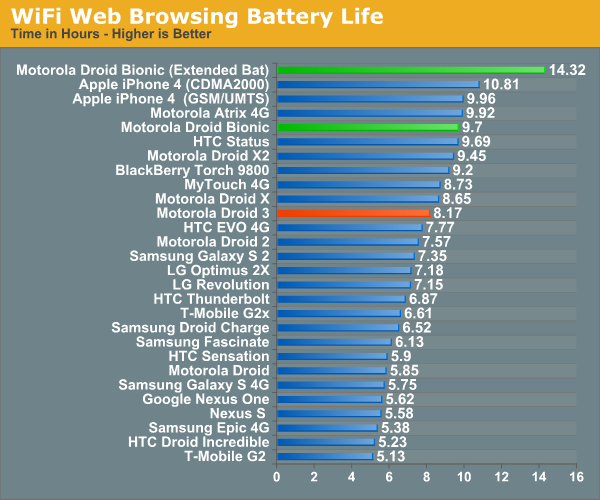 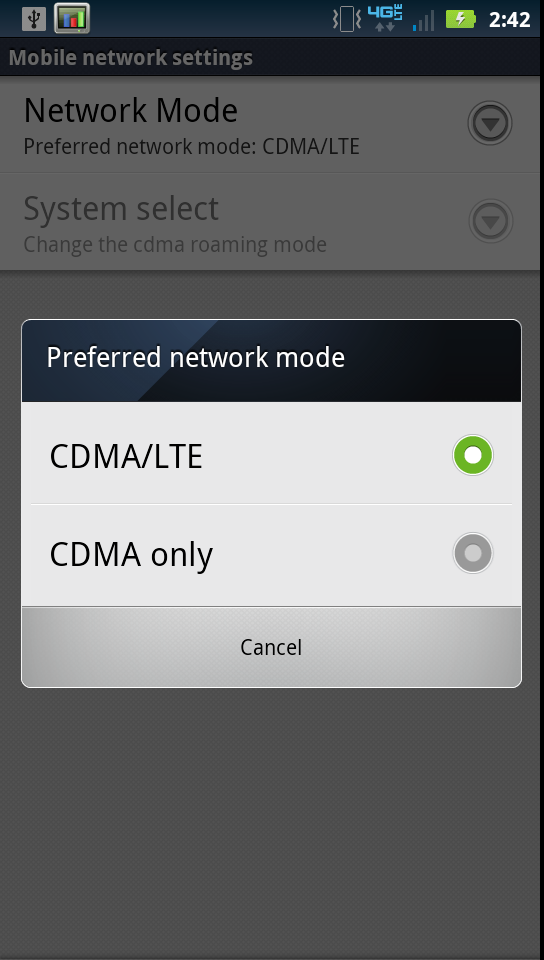 For talk time, I only tested using the standard battery, as this test would be extremely long with the extended battery. You can already pretty much assume the scaling applies here too if you’re interested. I did test with the mobile network settings configured for CDMA/LTE and CDMA Only. In CDMA/LTE mode, the 4G LTE baseband is on and working while the call is in progress, since the Bionic can do 4G LTE data and voice at the same time (SVLTE). 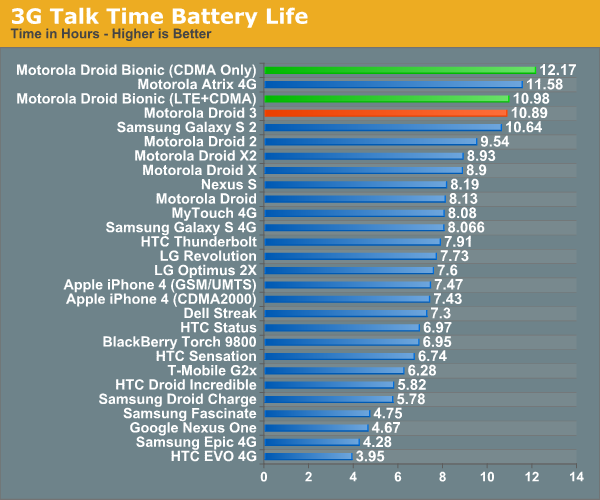 Last but not least is the WiFi hotspot battery life test, where we enable the device’s built in portable hotspot functionality and connect one wireless client. That wireless client loads four tabs of our page loading test, and a 128 kbps audio stream. 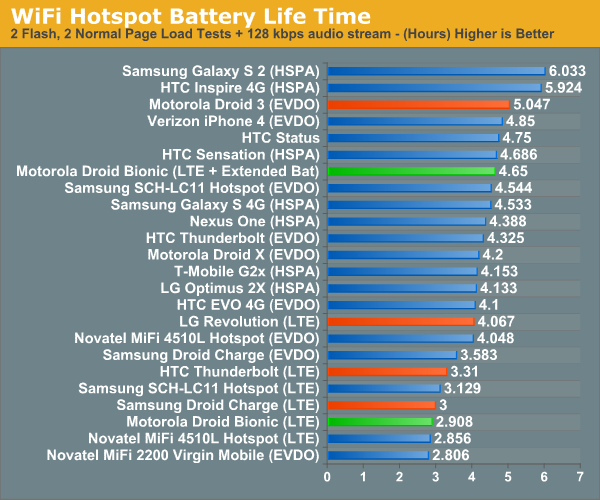 Battery life here isn’t quite as shining for the Bionic, as it comes in last place among the LTE devices despite carrying the largest standard sized battery of the bunch. Toss in the extended battery and you get that nice linear scaling of course. During the 4G LTE smartphone web browsing test and hotspot test, the Bionic got pretty hot. After the hotspot test ended, I measured a surface temperature of around 110 F (43 C) using a contactless IR thermometer. I should note that the Bionic does get very hot if you do things like remote desktop for a long while - I used RDP for 45 minutes and saw the battery temperature report at 120F, and the surface was also alarmingly warm. 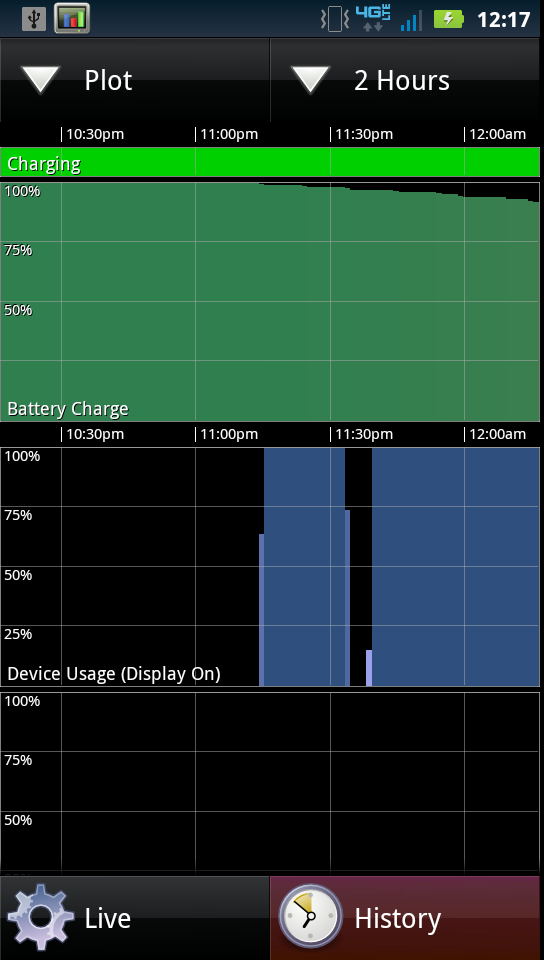 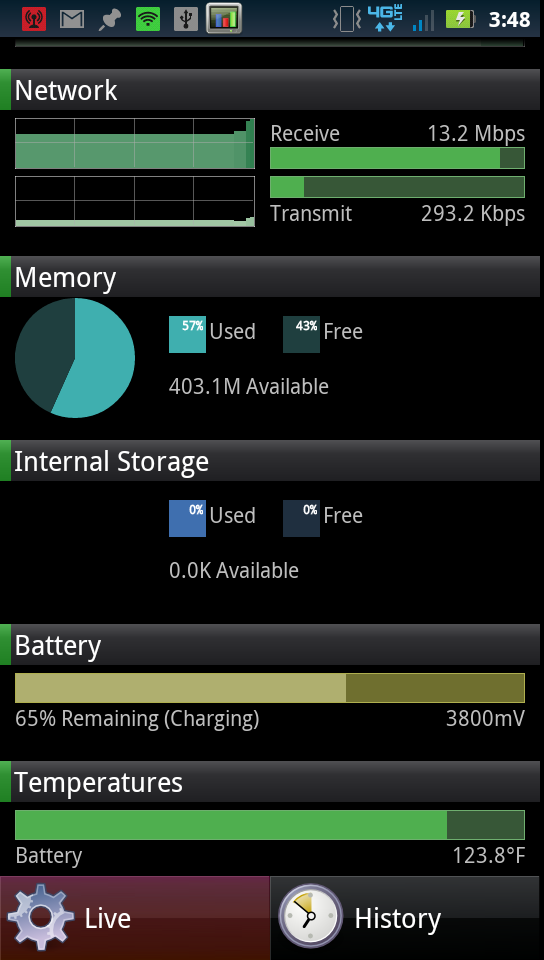 While we’re on the subject of power, there’s also more to talk about regarding USB charging - any USB charger that implements the USB charging specification will work. The bundled Motorola USB charger supplies 850 mA (at the usual 5 VDC) which isn’t really a huge amount. I charged the Bionic numerous times off of 1A and 2A USB charging spec compliant chargers with no problem. It bears saying again that the age of proprietary Motorola chargers is long, long over.

The other unfortunate thing is that the Bionic’s ST-E 3.1 CPAC (combo PMIC and audio codec) doesn’t seem to pull the 1 or 2 A of current from those beefier chargers. The result is that you can actually discharge the Bionic while it’s plugged in if you’re doing the wrong thing. Thus far I’ve seen this discharing-while-plugged-in behavior in a number of different use cases. Using WiFi tethering and 4G LTE will do it, tethering 4G LTE over USB (500mA) will do it, and finally even doing things like RDP for a long period of time on 4G LTE will do it. The Bionic clearly can’t draw enough power from microUSB either when connected to a USB charging spec wall wart to power the phone and transact data on LTE, and as a result draws the current delta from the battery. 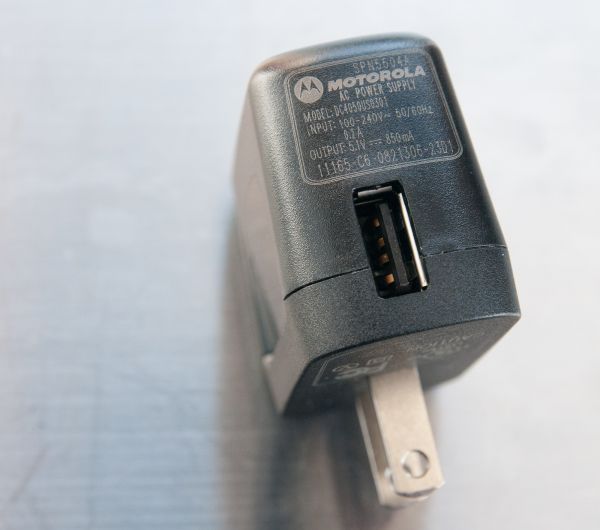 Subjectively, it seems like each time a 4G LTE smartphone launches, I read some breathless words about it being the longest-lasting device yet. The Bionic went through that same cycle, and while Motorola continues to dominate the call time battery life test (which to this day still amazes me), the Bionic performs pretty middling in 4G LTE scenarios with the standard battery, in spite of having the largest stock capacity. The flipside is that the Bionic is the only device (until the Nexus’) with a dual core SoC, though as we’ve shown before this is something that actually results in lower power consumption for multithreaded workloads. You just can’t beat voltage scaling.

That’s not all there is to talk about with the Bionic and 4G LTE, however.