We actually have two AZ-11 boards, the first was a pre-release engineering sample we requested ahead of time in order to include it in our original Socket-A Motherboard Preview.  On this board, as you can see from the picture below, there was an unusual set of jumpers that were physically hacked off of the motherboard after production. 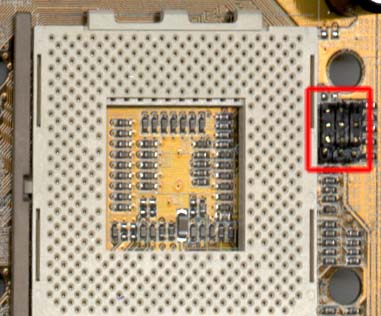 Looking at the bottom of the board, we also noticed that the jumpers were obviously placed on the board after the fact since the leads of this particular jumper block stuck out much further than the rest of the leads on the back of the board. 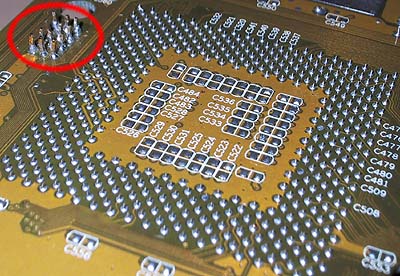 At the time, we thought nothing of it, since AMD had already told us that the CPUs were completely multiplier locked, although we did think it was odd that FIC would go to the trouble to saw off that block of jumpers before sending us the motherboard.

After reading about Tom’s Hardware Guide’s overclocking success with the ASUS A7V (which we will be reviewing shortly), we decided that maybe it was worth looking into those mysterious jumpers on the AZ-11. 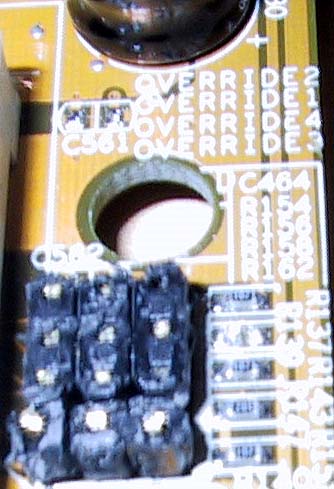 Since the top of the pins were cut off we took advantage of the fact that the leads were so long and simply placed jumpers on the bottom of the board instead of on the top where they would normally go. 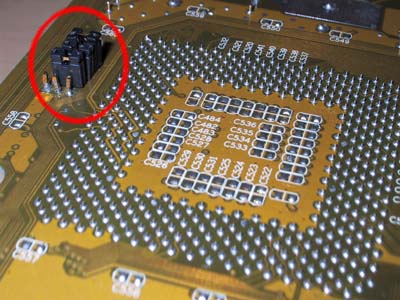 Lo and behold, the AZ-11 was able to adjust the clock multiplier of all of our CPUs using these jumpers.  Unfortunately, this pre-release AZ-11 board wasn’t as stable as we would liked it to be in order for us to run a full suite of benchmarks at all available clock speeds…