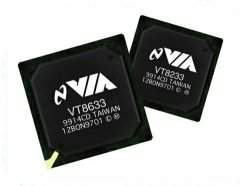 Double Data Rate SDRAM was the talk of the town by the end of 2000, and now that it is here, the market can't find enough ways to put it to use. There is a tremendous backlash against the business practices of Rambus, the chief proprietor of DDR's closest competitor, and it seems as if a lot of the support for DDR grew out of disgust for Rambus.

In synthetic performance tests and forward looking benchmark comparisons such as those we have performed under SPEC CPU2000, DDR SDRAM definitely has a bright future. However in terms of offering tangible performance benefits today, the only advantage DDR SDRAM offers over RDRAM is that it isn't any slower than PC133 SDRAM in everyday applications and games.

There is no doubt about it though, as we do begin to see newer applications and games hit the market, there will be a much greater demand for a higher bandwidth memory solution. With this in mind, the scene is now set for DDR technology to have a banner year in 2001. The industry has been asking for DDR technology to be brought into the system memory market and now that it is here there is the question of how to promote it.

Currently the price gap that exists between DDR SDRAM and PC133 SDRAM is no where near the 8 - 10x levels that PC800 RDRAM was at just a year ago, but that doesn't mean that the price gap is acceptable. Companies like Crucial, in an attempt to gain some control in the market, have already begun offering PC1600 DDR SDRAM at price points identical to what you can find PC133 SDRAM at. Twice the bandwidth at the same cost, a very good marketing slogan if you ask us.

Where there is memory, there are also platforms to take advantage of it. AMD kicked off the DDR bandwagon late last year with the release of their 760 chipset. A combination of its 133MHz DDR FSB and PC2100 DDR SDRAM support resulted in a 10 - 15% performance gain in present day applications and games. There were definitely cases where the performance improvements grew even beyond those figures, but for today's user, the performance improvement was generally within that range.

A somewhat disappointing ALi release followed the AMD 760, and although the MAGiK1 chipset has done some maturing since we first took a look at it, it is still in its relative infancy. Interestingly enough, throughout the end of 2000, VIA was missing from the DDR scene. Although they officially announced their first DDR chipset in September of 2000, we did not see any motherboards based on the Apollo Pro 266 back then.

Instead of promoting DDR platforms, VIA wisely chose to focus on what was important to them in the market, producing and shipping platforms that were currently in great demand. This brought the introduction of the KT133A chipset, which although won't offer the security of high future performance, it does present the best price/performance match for the Athlon right now. We also saw the long awaited release of the KM133 chipset from VIA as well, the first value PC solution directed at the Duron market from the manufacturer that had supported the Socket-A platform so well since its introduction last June.

While VIA's Socket-A platforms might be the most talked about, their Socket-370 chipsets are what paved the way for them to gain the market share they currently enjoy. It wasn't surprising, then, that VIA's first DDR platform would be directed at the Socket-370 market because at the end of the day, unlike many of the dot-coms of recent history, VIA's intent was to produce a profit. This isn't to say that the Socket-A platform isn't profitable, but VIA felt that pursuing the Socket-370 market first made the most sense since they are potentially dealing with a larger volume of sales; not to mention that VIA pretty much had no competition in the Socket-A market to worry about.

With that said, in September of 2000 came VIA's announcement of their first DDR SDRAM capable chipset: the Apollo Pro 266.