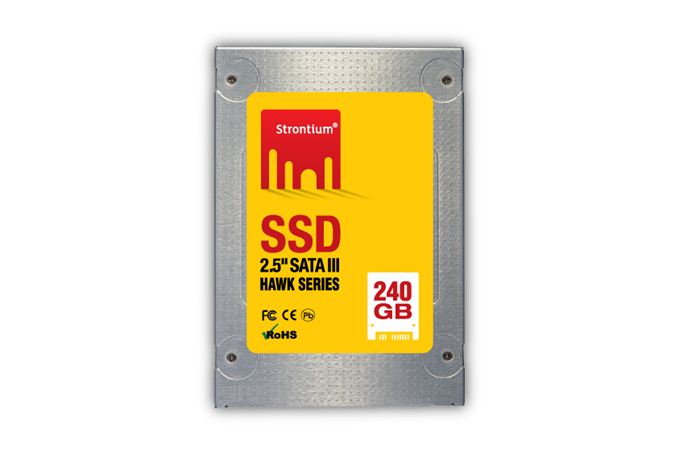 Strontium is probably a new acquaintance for many of our readers, but their story may be familiar. Founded in 2002 in Singapore, Strontium is one of the many memory manufacturers who have turned to SSDs to expand their product portfolio and increase revenues. Dozens of companies that have done the same: OCZ, Kingston, Mushkin, Crucial/Micron, ADATA, and Corsair to name a few. It's logical because the same companies that manufacture DRAM often make NAND too, so the contacts and channels are already in place. When you add the fact that all the controller/firmware technology can be licensed from SandForce (or Marvell if you're willing to invest in firmware), you don't actually need much in-house engineering to build an SSD. 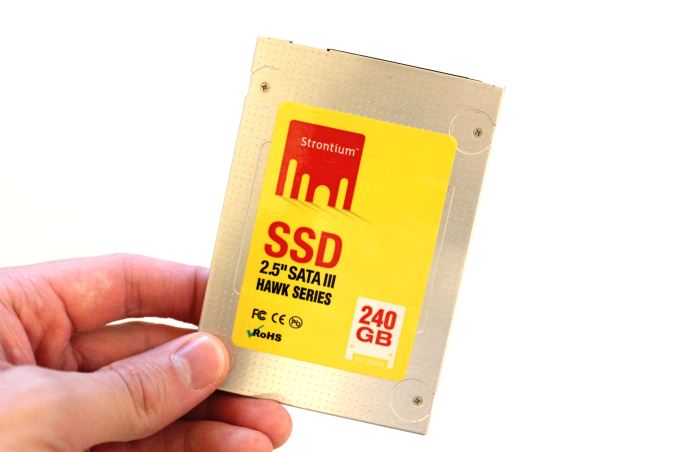 What makes Strontium special is the fact that they actually buy the whole SSD from a third party and simply rebrand it. In case of the Hawk, Strontium sources the SSD from Toshiba, although they've at least had SK Hynix as their supplier as well in the past. Now, this isn't anything unheard of; readers who have followed the SSD scene for longer may remember Kingston's SSDNow M series SSDs, which was a rebranded Intel X25-M G2. However, to date I've not come by a company whose business model relies completely on rebranding SSDs. Strontium told me that after long-term evaluation they decided to go with a proven, high-quality product and focus their resources on other aspects such as validation and marketing. Strontium didn't go into detail about their validation methods but they told me that they verify that the products they ship perform to the spec provided by the actual manufacturer (including reliability tests). 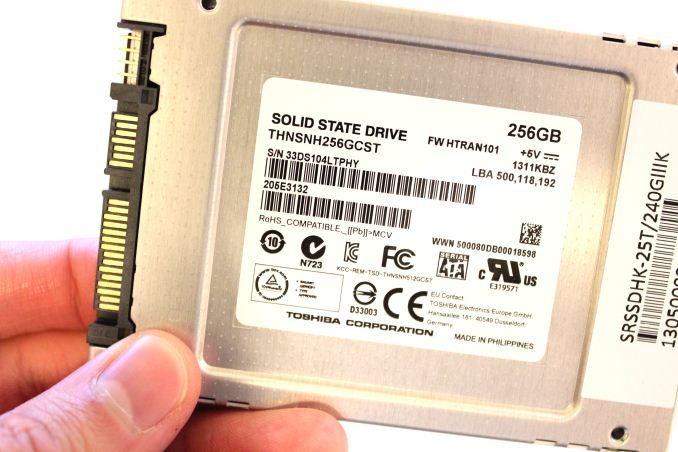 Due to Strontium's headquarters location, their main market is still in Asia. Strontium does have an office in the US but unfortunately none of the bigger retailers stock their SSDs currently. They do have their own online store that ships to US, though.

The Hawk is available in capacities of 120GB and 240GB but as you can see in the Toshiba sticker above, the drive is actually 256GB. What's weird is that the drive also shows up as a 256GB drive (or 238.5GiB as it's displayed in Windows). At first I thought there was a problem with my sample as Strontium had switched suppliers (I'll get to this soon), but Strontium told me that they advertise the drive based on the capacity available to the end-user. In other words, Strontium markets it as 240GB because it shows up as a 238.5GiB drive in Windows due to the difference between Giga and Gibibyte. I wouldn't have a problem if it was Intel or some other major SSD OEM doing this as they could change the way GB is defined in the storage industry, but I don't see the point for a small-ish company like Strontium to do that. The only thing they will do is confuse buyers because everyone else is defining GB as 1000^3 bytes.

The other thing I'm not happy about is that Strontium changed the supplier earlier this year but kept the product name the same. It's normal for SSD OEMs to use multiple NAND suppliers and that's fine, but Strontium changed the whole SSD including the controller. The original Hawk was manufactured by SK Hynix and it was based on SandForce's SF-2281 controller and 26nm Hynix NAND (see e.g. Strontium's PR and Legit Reviews' review). My sample, on the other hand, is made by Toshiba and it has a Toshiba-Marvell controller coupled with 19nm Toshiba NAND.

Such a radical change should definitely require a change in the series name too since we are dealing with two very different SSDs. Strontium even has another SSD series called Python that uses an SF-2281 controller, so I fail to see why Strontium didn't for example name the Toshiba drive as Python and keep Hawk for the SF-2281 based drive. As far as I know, we are the first site to review the new version of the Hawk, meaning that potential buyers have had no idea that their drive might not be SF-2281 based like all the reviews are claiming. But let's see how the numbers line up first.