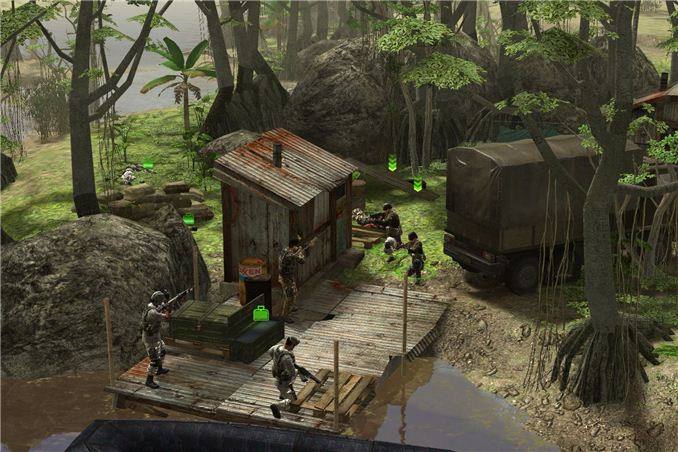 So let me first start this post with a question: who out there feels stuff like this is worthy of our/my coverage, and who thinks I should give it a rest? And I’m not just talking about Humble Bundle stuff either; I play plenty of games, and there’s a certain category of game that I really enjoy that others might not (e.g. Shadowrun Returns, which I’ve played far too much lately, including quite a bit of user generated content). Anyway, I’m listening, so if you’d rather not hear about game sales and other indie releases that I find interesting, let me know – and of course, if you don’t like these posts, you can always skip them, right?

Moving on to the topic of the day, besides their periodic collections of games (e.g. the EA Bundle from a few weeks back), Humble Bundle does a weekly sale, some of which are better than others. Last week was the various X games and expansions from Egosoft; this week is a collection of titles published by Kalypso Media. As is typically the case, you potentially get some good games, some diamonds in the rough, and perhaps even some games you’ll never install or play. For this week’s bundle, the list of games you receive for any donation over $1 (Steam codes) consists of:

Donate $6 or more and you’ll also receive codes for:

That works out to $1 per game if you buy all six, which is a pretty amazing deal…assuming you actually want any of the games. I’ve gone ahead and linked each of the above games to the appropriate Metacritic page so you can see what others are saying, but let me quickly give my take on the titles. Rather than go through them in alphabetical order, I’ll tell you about the games I have personal experience playing – which is not to be taken as strict a recommendation but rather a look into my personal preferences. 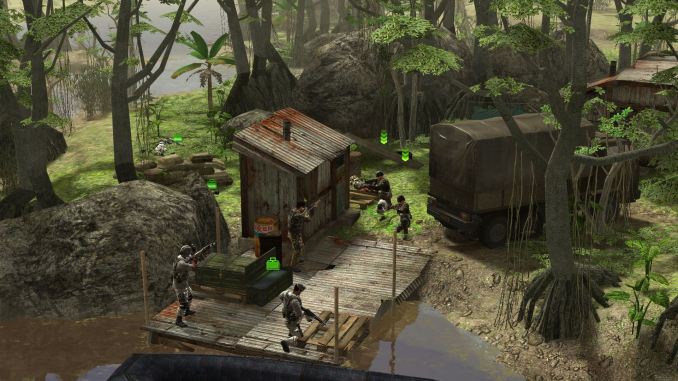 The big draw here and the main reason I’m writing this post is Jagged Alliance: Back in Action. This is basically a reboot of Jagged Alliance 2, and it both succeeds and fails in various ways. Interestingly, it was also an AMD Gaming Evolved title when it launched, and even today I still see ads for it in the Radeon driver installation wizard. It’s not particularly demanding on your graphics hardware (I played it on a 5870 if memory serves, at 2560x1600 with all settings maxed), which can be nice if you’re not running the latest and greatest GPU.

The game itself is a tactical strategy game with pausable real-time combat. The combat works well; what doesn’t work as well is all the running back and forth, collecting “loot” to sell so you can buy better weapons/armor, equipping militia (who get killed easily regardless of what you give them), and the general lack of storytelling. For all the bad, though, I still had plenty of fun with the game – and that’s after paying nearly full price for the title back when it launched! But then, I also played and enjoyed Silent Storm and some other “tactical” games (Fallout: Tactics if you want to go back even further), so this may or may not be for you. 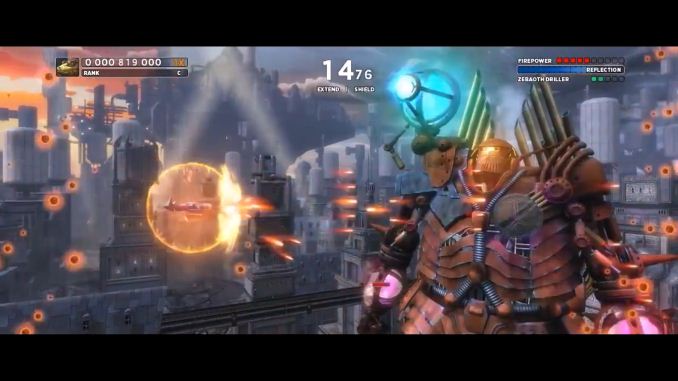 The only other title I have any experience with is Sine Mora, which is a side-scrolling old-school shooter. I grew up playing games like this, and I loved many despite their obvious flaws – let’s just say that Sky Shark, Gradius, R-Type, Raiden and similar games devoured many of my quarters! Sine Mora is actually pretty cool as it uses 3D environments but still keeps the side-scrolling gameplay, what some would call 2.5D. The story is set in a “dieselpunk” world (think steampunk but with more advanced engines) – you’re flying a plane/submarine and fighting robots, but it’s more of 1950s-style planes and robots than futuristic stuff. The game was launched on iOS, PS Vita, PS3, Xbox 360, and Windows, but (as far as I can tell) the Weekly Bundle only gives you the Steam/Windows version. It’s a fun diversion for a couple hours, and my teenage self would have easily spent way more than $6 playing a game like this at the arcades. Of course, the big caveat here is that the game voiceovers are in Russian (or some other language that sounds at least similar to my ears), so you have to read the subtitles to get the story…which is a bit dark and crude at times (though I chalk that up to the non-American developers, as other countries have very different ideas about what’s funny/acceptable). It’s still a fun diversion for the price.

Combined, those two titles alone are worth the price of admission in my book, and as always you can split your “donation” between charity, the developers, and the Humble Bundle. But there are still four other games in the package (assuming you spend at least $6). And I should mention that the $6 price is really a minimum to spend; some people give far more, and that's fine...but I'm poor/cheap so I usually stick to the bare minimum. 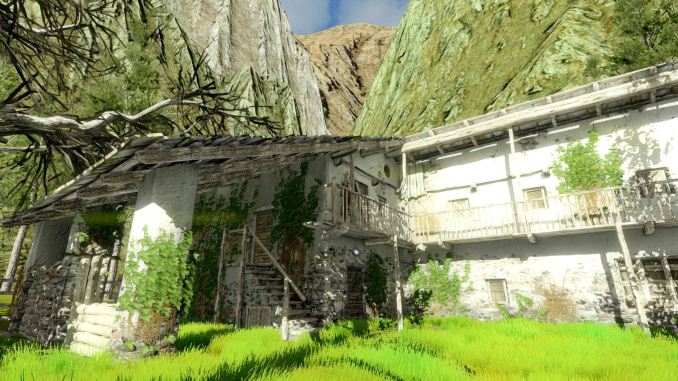 Anna Extended Edition is a horror adventure game, with additional locations and game play added in this release. I haven’t had a chance to play it yet, but I've spent an hour or two playing the game, and so far it's like the old "find the objects and complete the puzzels" adventure games, with no real "death" scenarios that I've encountered (though you can go insane which gives you one of several endings). The original received quite a bit of complaints that it was too short, with some people finishing it in just one hour, so it was updated with more content. While the first release didn’t do so well in terms of reviews, the Extended release got a pretty sizeable bump in overall scores. Graphically, this one seems to put a bit more strain on the GPU, at least if you max out the settings (2560x1600 for me), but it runs well for the most part. I put this into the same “flawed but potentially worthy of some time” category as most of the other titles in this pack. 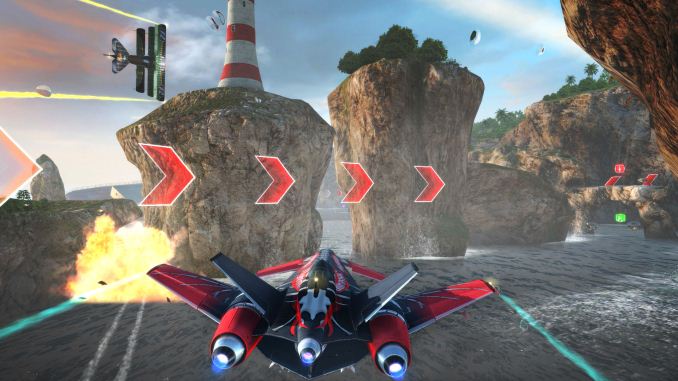 SkyDrift is a racing game similar to titles like Mario Kart, Wipeout, Burnout, Riptide GP2, etc. only with planes of a sort instead of cars or jet skis or what have you. You zip around the tracks, collecting power ups and shooting at your opponents while trying to win the race. And if you’re lucky, you might even get a little motion sick. ;-) 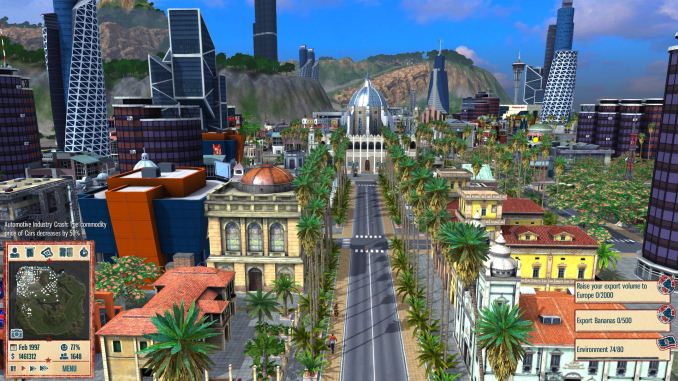 Wrapping up, Tropico 3 and 4 are the latest entries in the long-running Tropico series. Think “SimCity on an island with a dictator” and you’re most of the way there. I’ve never been all that interested in city-building games, but quite a few people really enjoy them. The earlier releases in the series took place roughly in a 60s-era setting, and with each update things seem to move a bit closer to modern times – and of course there’s always more stuff to play with. The Tropico series is also known for expansion packs/DLC, and that's no exception here: right now there are ten add-ons for Tropico 4 listed on Steam! Also note that Tropico 4 Steam Edition sells for $29.99 on its own, so you could get a great deal on that single title and the rest is merely icing on the cake.