Silverstone was clearly monitoring the forums with regards to the C2750D4I in order to come out with a case designed amound the concept. Our Silverstone contact also became aware that we had the motherboard in for testing and volunteered its DS380 for a quick overview. I installed the motherboard in to the case along with my rag-tag collection of storage drives (four 3TB Seagate Barracuda 7200.14, one 2TB Western Digital Green and one 1.5 TB Seagate Barracuda 7200.11) which were previously spread out across several systems. 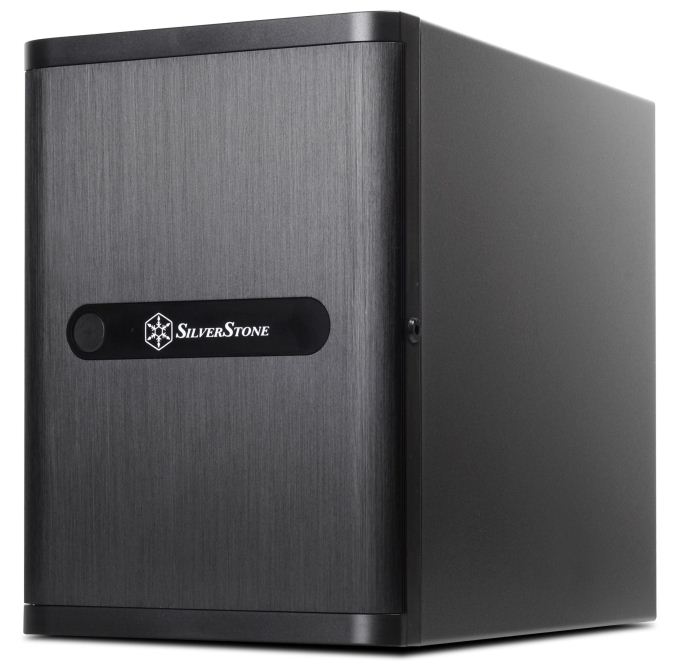 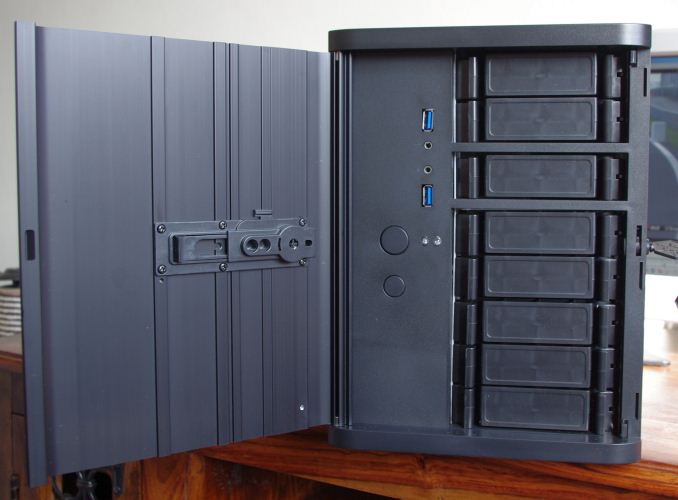 The case has a top mounted power-supply section (we used the Silverstone 300W SFF PSU) and places the C2750D4I upside down, with space for an 11” dual slot GPU. For PSUs that have a top/bottom mounted fan, Silverstone’s design means that the airflow for it is out of the case. 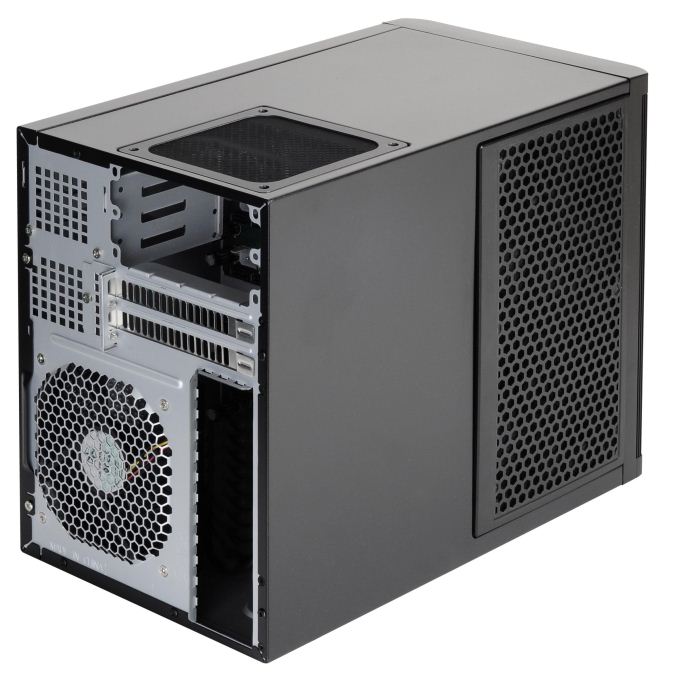 The rear of the case has a single 120mm fan installed, and the side of the case (for blowing onto the drives) uses two 120mm fans – all three were included in our retail sample. The fans use a dimpled design to reduce fan noise. 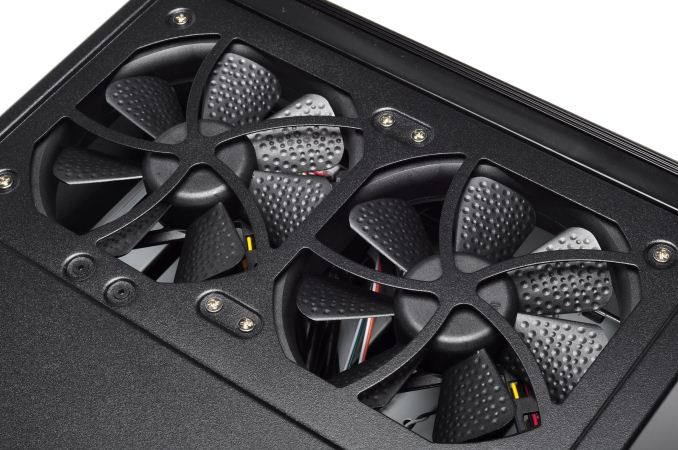 The drive area uses a backplane, and SATA cables from the motherboard attach to this.  Users can install SAS drives using both SATA ports. 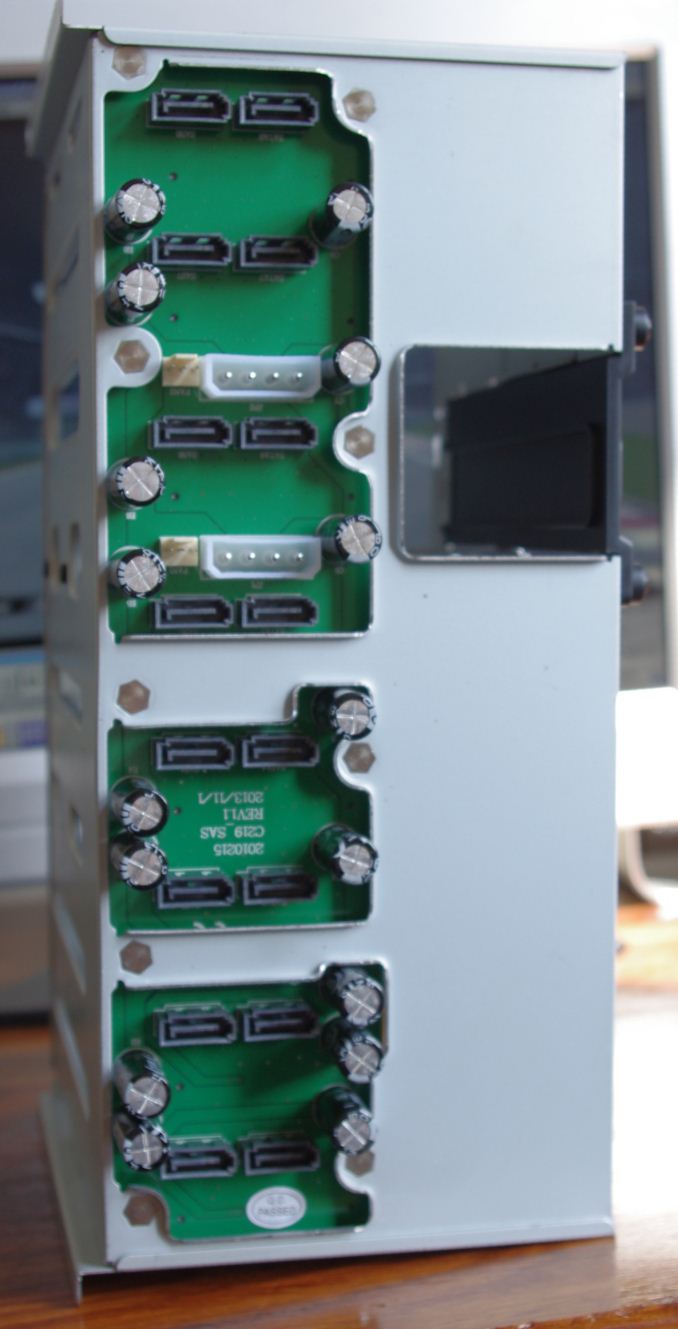 The case is designed for hot-swap systems, and as such the front eight bays allow the drives to be removed. 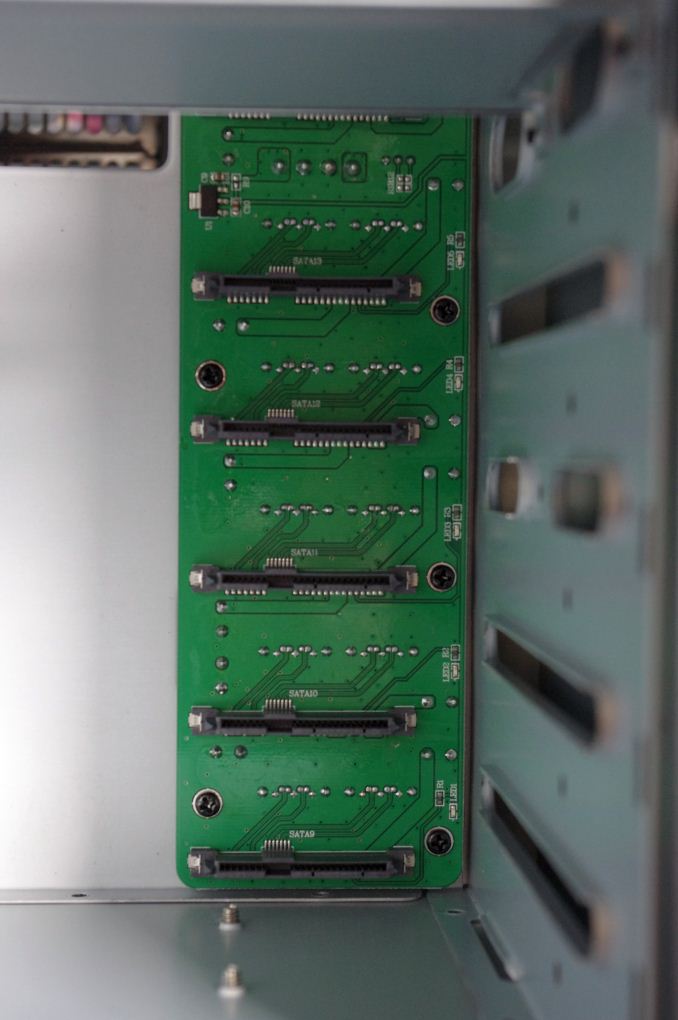 The front of the case has two USB ports, with the connector inside capable of being placed in a USB 3.0 header. This is where the case differs in being ideal for the C2750, as there are no USB 3.0 headers on board.  Had Silverstone offered this connector as a USB 3.0/USB 2.0 hybrid, this would have been more ideal.  There are two audio jacks as well should a user decide to place a different mini-ITX motherboard in the case and can take advantage of eight drive bays via an expansion card.

The front of the case is also lockable, although the key design is not a unique one. It does stop little ones pulling a drive out however. 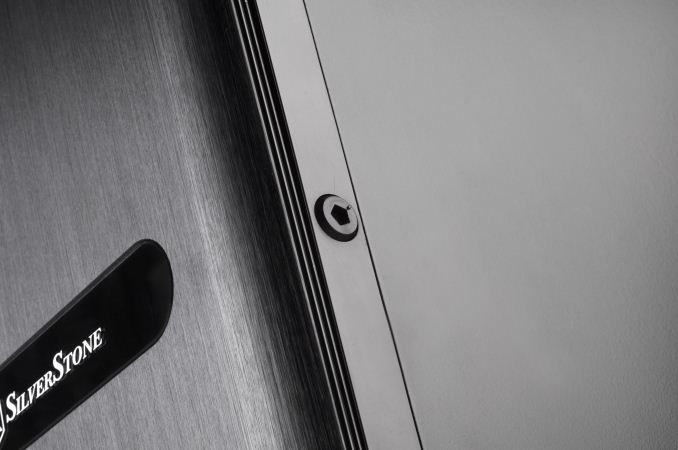 The case is not a tool-less design, but a standard screwdriver is all I needed to put the system together. Because the C2750D4I has a small heatsink, cable management was easy enough, although the placement of the 24-pin ATX power connector meant that the cable had to go all the way across the motherboard.  At the top we also have the 4 bays for 2.5” drives: 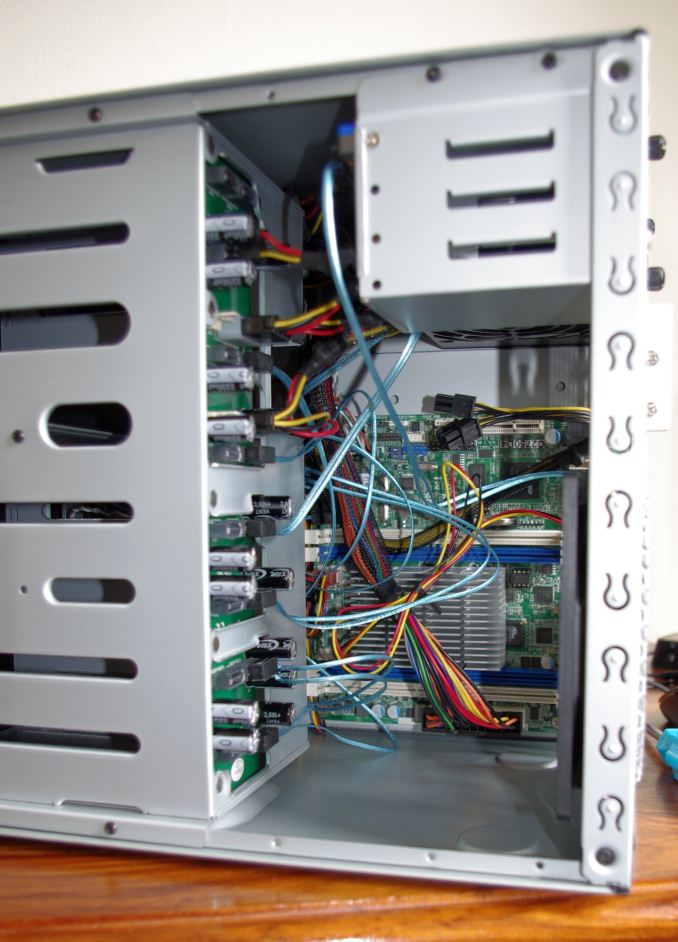 Silverstone suggested the 300W PSU that we used for the build, but if a PCIe device was installed we would have had to have used a 24-pin extension cable.  Similarly, the SATA cables suggested had a small issue on the bottom SATA port: 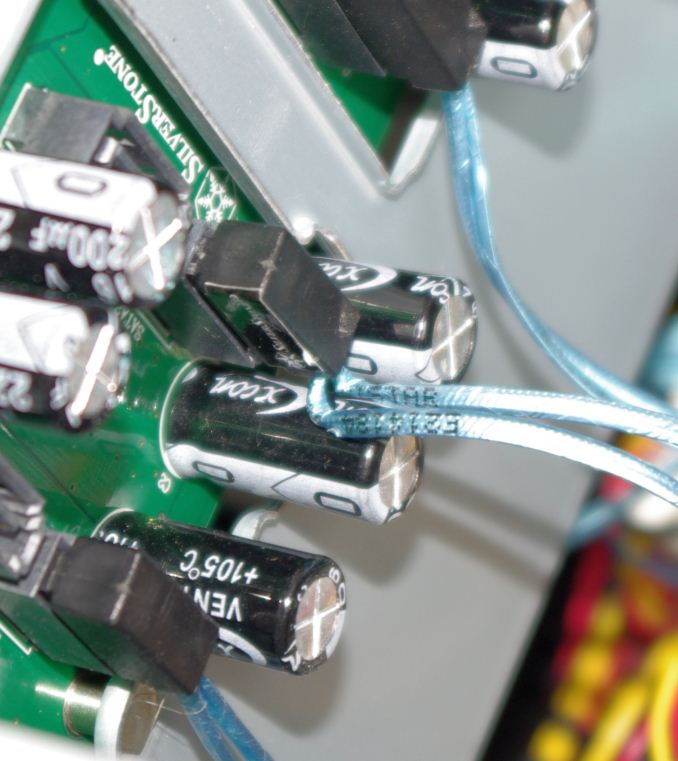 Using my own ears (unfortunately I am not equipped to measure audio performance), the three fans installed, when active, were audible enough to disturb quiet scenes in a movie and you might not want it nearby overnight, but certainly silent compared to my normal PC or the busy road I live next to. Temperature readings from the CPU gave 40ºC at idle and 53ºC at load. Total power draw, at the wall with my drives installed using the 300W PSU on a 240V line was 52 W at idle.

Ganesh also has this motherboard in to test and will be examining the storage performance in due course.