As part of the ASUS ROG Press Conference today here at Computex, ASUS has announced two of the anticipated members of the Z97 ROG lineup along with an unexpected new ROG entry into the AMD APU market.  The Maximus VII Formula and Maximus VII Impact are Z97 versions of their Z87 brethren, using the enhancements that Z97 brings such as SATA Express, M.2 and lower DPC Latency. 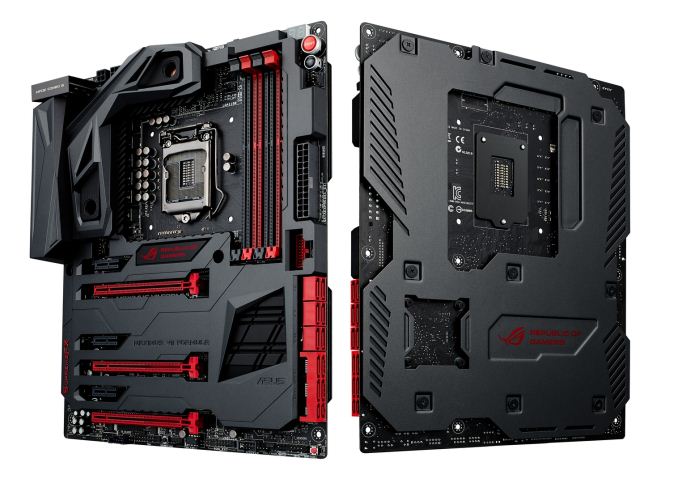 The Maximus VII Formula uses dual SATAe (one from the chipset, one from an ASMedia controller) as well as ASUS’ mPCIe Combo III on the rear IO to give access to an mPCIe slot and an M.2 (x2 and SATA) slot.  The power delivery is using higher specification components to the standard channel range, and the central element of the motherboard lights up when in use.  Audio is from the SupremeFX solution, which uses SenseAmp to automatically adjust for headphones up to 600 ohms. 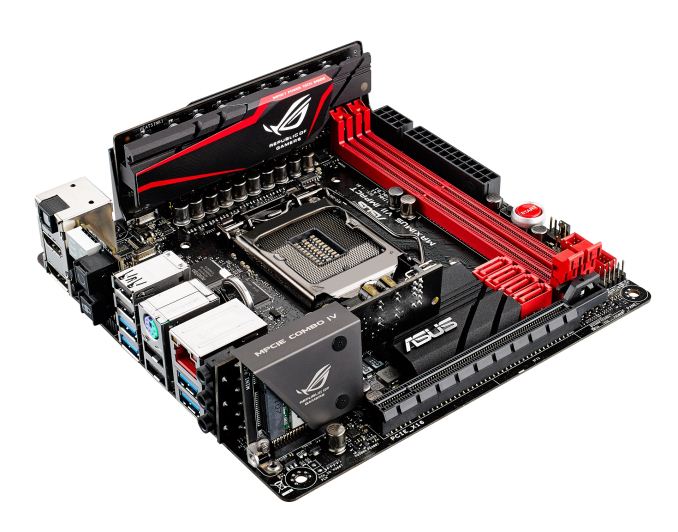 The new features include M.2 x4 as part of mPCIe Combo IV, which given the nature of the Impact and the array of extra features I would assume, like the Extreme6, this comes from the CPU.  That would mean the PCIe 3.0 slot would reduce to x8, but as shown on the Extreme6 review, for single card gaming at 1080p, gaming frame rates reduce by sub-1%.  It does mean that four lanes are unused however, which might not be ideal.  Another new feature is the Impact CoolHub, a card connected to the motherboard with two 4-pin fan headers as well as an LN2 header for extreme overclockers.  The Maximus VI Impact was a favorite among DRAM enthusiasts and holds several records for DRAM clocking, so these users should appreciate the additional features.

The odd ball of the announcements is the ROG Crossblade Ranger.  The last time ASUS designed an ROG AMD motherboard was the Crosshair IV Formula-Z for AM3+, and AMD APU enthusiasts have been requesting something similar to the Maximus series on the AMD side.  The Crossblade Ranger takes a lot of cues from the Maximus VII range, especially in terms of color scheme, software, audio features and Ethernet. 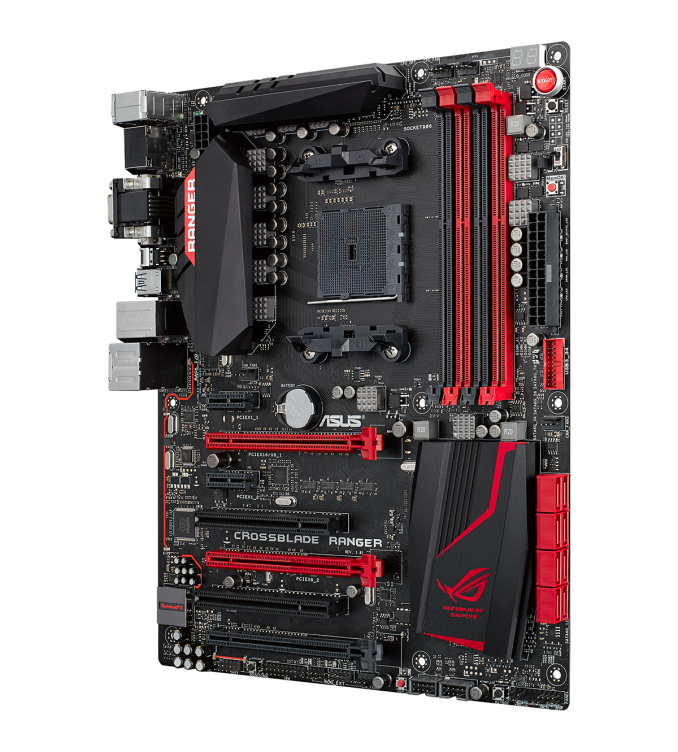 The styling mimics that of the Maximus VII Ranger (one could assume that the chipset heatsink is the same due to the motif), using sharp angular edges in typical ROG style.  Due to the AMD nature of the motherboard I would assume that there is no SLI, but there is SupremeFX audio, 8 SATA ports, Keybot, Slow Mode, LN2 Mode, voltage check points, and even an Intel NIC.  Yes, an Intel NIC on an AMD motherboard.

The Formula and Crossblade Ranger are expected in late July, with the Impact in Q3.  Pricing will be determined closer to the launch date.