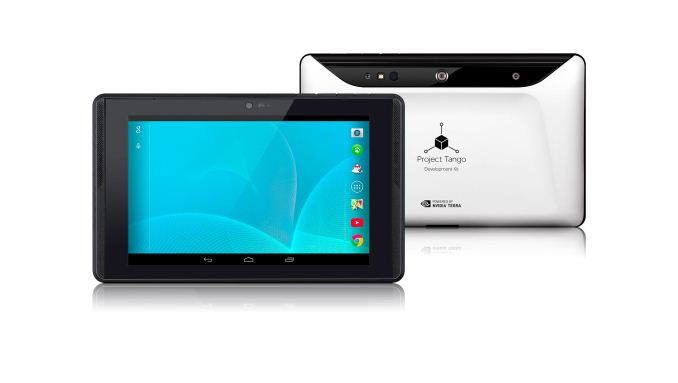 Google recently announced their new Project Tango Development Kit, a 7" tablet with a unique twist. At present this is a device for developers, scientists, and other research-oriented groups more than something for end users, but as with most Google projects the end goal is obviously to help create something that will end up being a useful addition to a retail product. You can read more about Project Tango, but the main point of interest is that the devices contain hardware and software that allows them to track and map 3D environments. Google states that the sensors make over a quarter million 3D measurements every second, updating its position and orientation in real-time.

It seems like if Google gets enough of these things running around the world, they could combine all that data into an impressively detailed 3D map of the entire world (well, the populated parts at least). Google Earth could certainly benefit from that sort of data, but there are plenty other uses for such technology as well. NVIDIA's blog on the subject notes that games could map out your living room (or yard, office, neighborhood, etc.), or a real estate agent (or architect) could use it to create a 3D model of a house/building and provide a virtual walkthrough for clients. Uses in the robotics field are another option, and robotics research has already seen great benefits of integrating Microsoft's Kinect sensor into various designs.

Along with the new information on Project Tango comes the announcement of the latest development kit hardware. (Note that this is the second Project Tango device; the first was a smartphone.) Compared to many tablets currently out there, the specs are quite impressive: NVIDIA Tegra K1 SoC, 4GB RAM, 128GB storage, and of course all the sensors needed to track motion and map environments. Basically, imagine a tablet/smartphone with Kinect-style sensors integrated into the product. (Update: Mantis Vision just announced that they will be providing the core 3D engine for Project Tango.) The device itself is a 7-inch tablet, though the screen resolution wasn't divulged, and it will be running the latest version of Android (KitKat 4.4).

If that sounds enticing, there are two more items you'll need to know: first is that the development kits will be made available "later this year", so this is not yet shipping hardware. Second, the cost of the development kit is $1024 (a nod to computer geeks and our infatuation with powers of two, I suppose). NVIDIA sent along two rendered images of the Project Tango tablet, showing black and white casings. 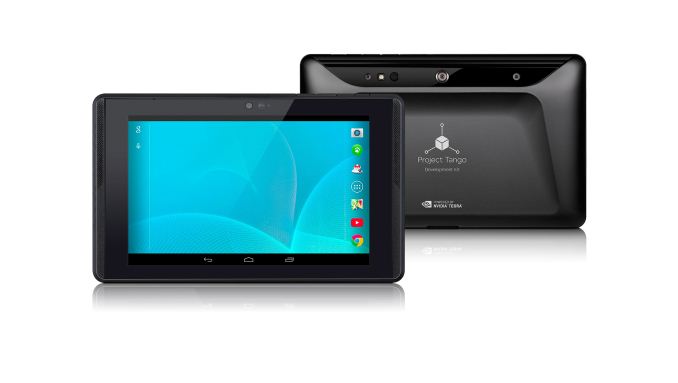