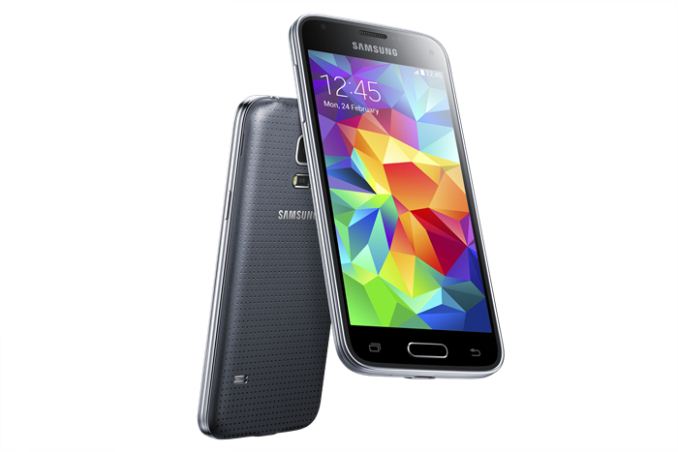 Today Samsung announced the Galaxy S5 mini, which continues the Galaxy S mini line the same way that the One mini 2 continued the One mini line. Interestingly enough for the international variant the Galaxy S5 mini uses a Samsung Exynos 3470 SoC for the LTE variant, along with an Intel XMM7160 modem. There are a few areas where the GS5 mini bests other similar mini branded devices, such as the 1.5GB of RAM instead of the 1GB found on the One Mini 2. As with the One mini 2, there’s no 802.11ac support. Fortunately, Samsung has improved the display panel to a 720p SAMOLED with 4.5” diagonal compared to the qHD panel of the GS4 mini. I’ve included a table of the specs released below.

For those unfamiliar with the Exynos 3470, this is a quad core Cortex A7 solution running at 1.4 GHz, along with a Mali 450 GPU. Based upon the amount of Broadcom design wins in Samsung devices it’d be reasonable to infer that the WiFi/BT combo chip is a Broadcom design win as well. The Intel modem is something that we’ve seen before on the Galaxy K, so it’s no surprise to see the same on the Galaxy S5 mini. The phone is also IP67 resistant like its larger cousin, although the USB flap is no longer needed for this variant. Overall, this phone seems to be intent on keeping the mini moniker to its roots. It’s definitely designed to target a more midrange audience, although it'll take a review to see whether it does this effectively.