First off, we have some video encoding benchmarks courtesy of x264 HD Benchmark v5.0. This is simply a test of CPU performance. As expected, the dual-core Celeron N3000 manages to match or only slightly beat the other dual-core Bay Trail solutions. 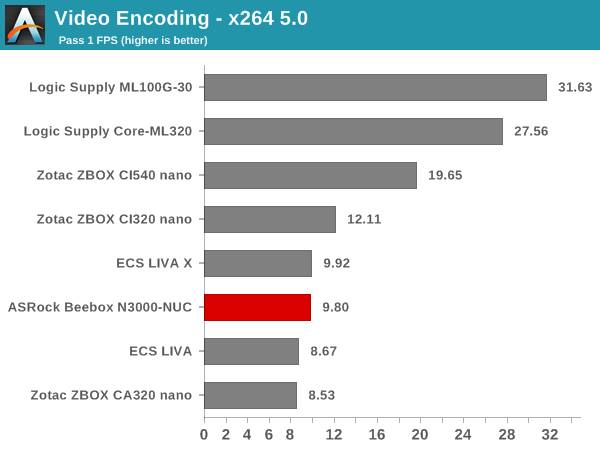 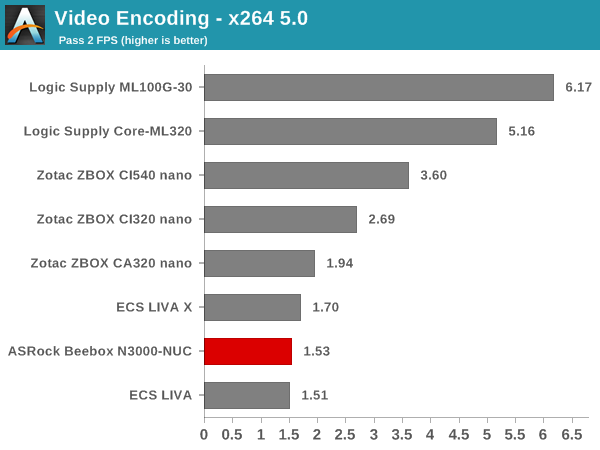 7-Zip is a very effective and efficient compression program, often beating out OpenCL accelerated commercial programs in benchmarks even while using just the CPU power. 7-Zip has a benchmarking program that provides tons of details regarding the underlying CPU's efficiency. In this subsection, we are interested in the compression and decompression MIPS ratings when utilizing all the available threads. The results are similar to what we obtained for the x264 benchmark. 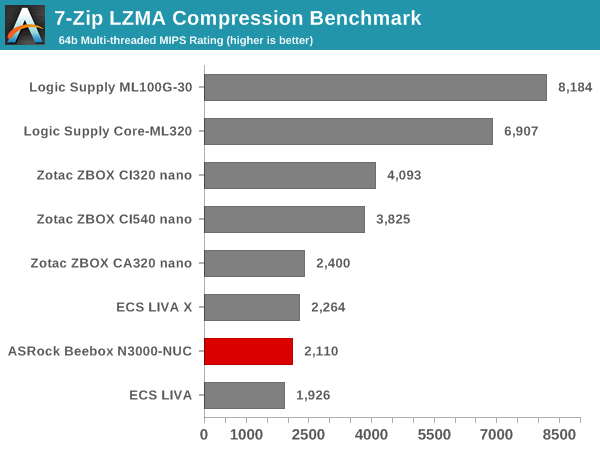 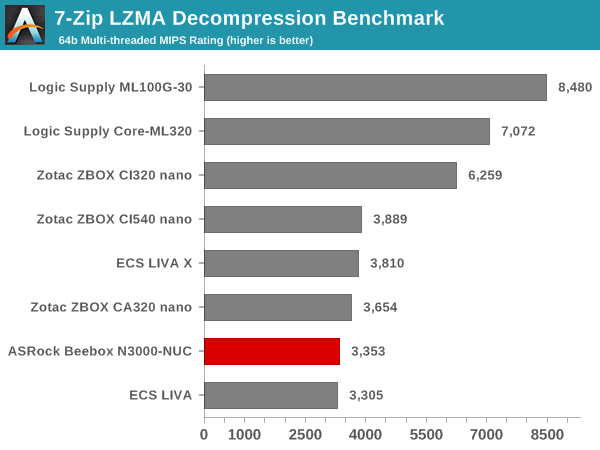 As businesses (and even home consumers) become more security conscious, the importance of encryption can't be overstated. CPUs supporting the AES-NI instruction for accelerating the encryption and decryption processes have, till now, been the higher end SKUs. However, starting with Bay Trail, even the lowly Atom series has gained support for AES-NI. The Celeron N3000 in the Beebox does have AES-NI support. TrueCrypt, a popular open-source disk encryption program can take advantage of the AES-NI capabilities. Even though TrueCrypt is no longer under development, its internal benchmark provides some interesting cryptography-related numbers to ponder. In the graph below, we can get an idea of how fast a TrueCrypt volume would behave in the ASRock Beebox N3000-NUC and how it would compare with other select PCs. This is a purely CPU feature / clock speed based test. 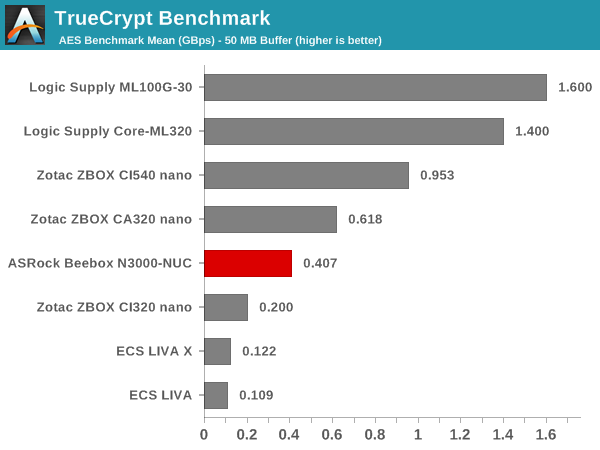 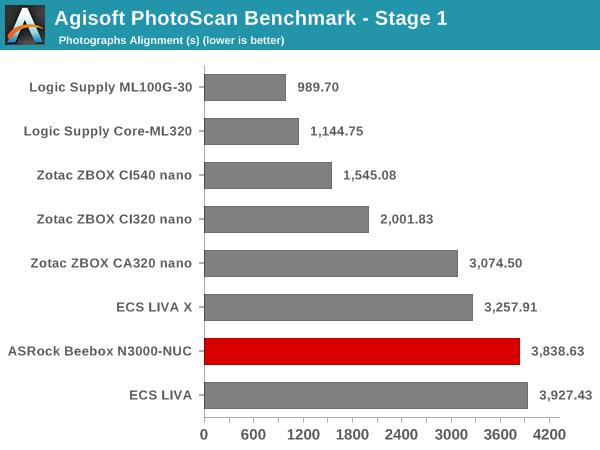 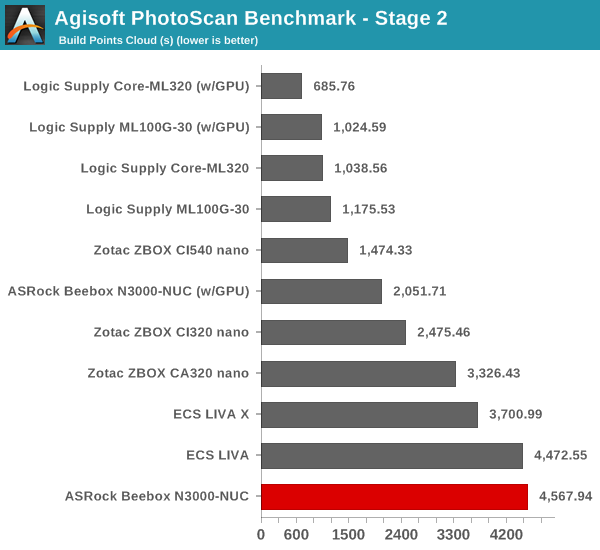 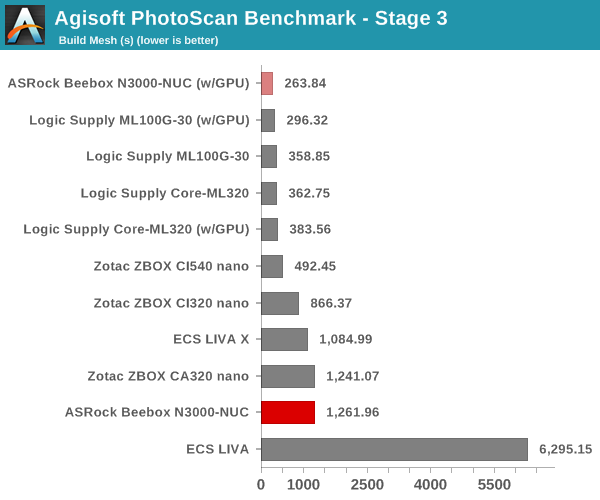 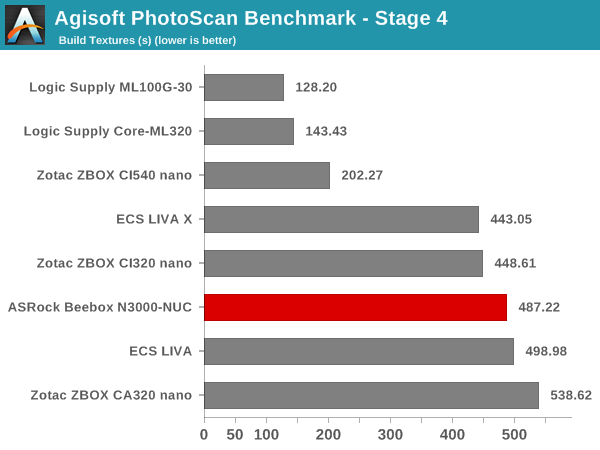 Wrapping up our application benchmark numbers is the Dolphin Emulator benchmark mode results. This is again a test of the CPU capabilities, and the Beebox makes an appearance in the middle of the pack as expected. 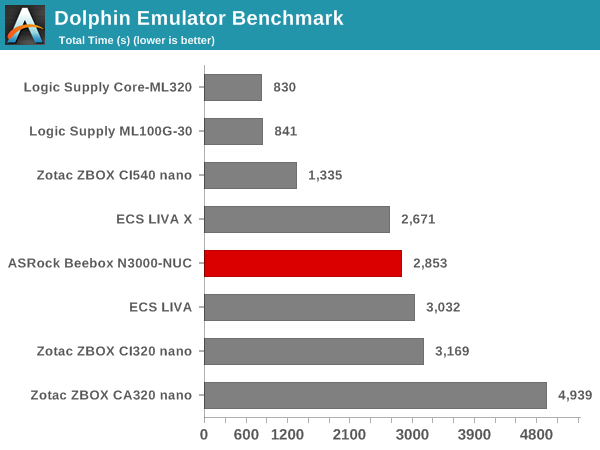