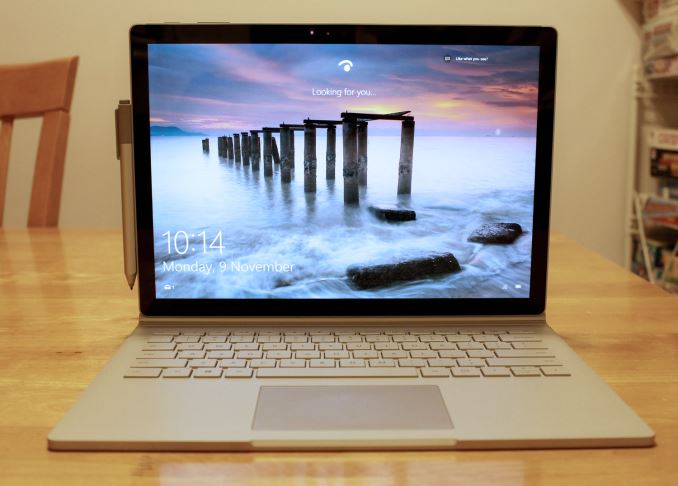 When Microsoft first launched the Surface Pro, they decided to tackle a market that was pretty much untested. Sure, tablets had been around for a while already, but no one had packed a full Ultrabook inside of a tablet. True, the initial Surface Pro had some compromises made due to the hardware available at the time, but Microsoft started to build a brand with Surface, a brand that they lifted from another product line altogether. It’s taken a few generations for the hardware to catch up with that original vision, but I think it’s fair to say that the Surface Pro tablet line has solidified itself as the Windows tablet to beat. The build quality, materials, and performance, are really second to none at this time.

I’m talking about branding because it’s one of the most difficult parts of a new product lineup. Microsoft, perhaps more than most companies, has certainly had its struggles with branding over the years. Surface though, has truly been defined, and molded, and evolved, into a strong brand for the company, and it plays right at the high end. And that brings us to Surface Book. Surface Book is an extension of the Surface brand, and Microsoft now wants to try its hands at the laptop market. Their goals for Surface Book are certainly not the same as they were for the original Surface Pro, since the laptop market is already well defined, and there are already many excellent devices available. For Microsoft to throw their hat in the ring in this segment is a much different proposition than before, and to succeed, as well as to continue to evolve the Surface brand, they set out to build what they are calling “The Ultimate Laptop”. 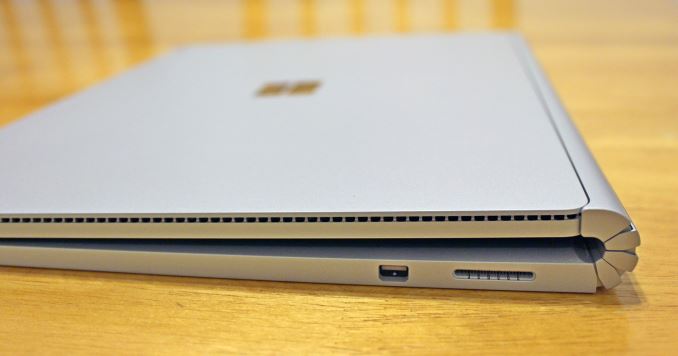 Surface Book certainly keeps the tradition of Surface alive and well. The 13.5-inch laptop has the same 3:2 aspect ratio of the rest of the Surface line, and it is built out of magnesium with the same finish. The fit and finish is very high, and the entire device feels as premium as it should. I think the defining feature of the Surface tablet lineup is the kickstand, and with the Surface Book it is most certainly the hinge. The hinge on the Surface Book is truly unlike anything ever used on a notebook computer before, and while it may not be to everyone’s taste, it certainly draws comments. The hinge, other than a design element, brings a lot of function to the party as well, with it being a key component to keeping this laptop balanced correctly. Balance is generally not an issue with laptops, but the Surface Book has another trick up its sleeve – the display detaches. The Surface Book is hardly the first device to do this, but it is one of the few that has tried to tackle the balance problem with 2-in-1 devices where the screen detaches, and the hinge is a key component to that. Microsoft calls it a Dynamic Fulcrum Hinge, and it extends the base of the laptop slightly to give it more leverage over the display section.

The design is unique, and what is inside is unique as well, at least potentially. There are two models of the Surface Book. The first model is a typical Ultrabook inside, with an Intel Core i5-6300U processor, but the second model is the only detachable laptop which also has a discrete GPU. There are a couple of reasons this has never been done before, with the main reason being it’s very difficult to dissipate the extra heat that a GPU brings to the table. Microsoft has designed the Surface Book with a GPU which lives in the keyboard base, with the rest of the required components behind the display. This gives them two thermal zones, and by moving the GPU to the base like this, it lets the Surface Book cool the CPU and GPU independently. The extra space in the keyboard is then packed with batteries.

Looking at the specifications, one thing to point out is the battery capacity. Most Ultrabooks would average somewhere around 50 Wh of capacity, with a few somewhat higher and a few somewhat lower. By combining the battery in the tablet, which Microsoft calls the Clipboard, with the base, the Surface Book has an amazing 70 Wh of battery capacity. This should help out on battery life, assuming the 3000x2000 display doesn’t drag that down. The rest of the Surface Book is pretty similar to the Surface Pro 4, with PCIe NVMe storage options up to 1 TB, and touch and pen support via the PixelSense display. There are also two USB 3.0 ports in the base, along with a DisplayPort output, and the Surface Connect port which is used for charging, as well as connecting the Surface Dock. There are no ports on the Clipboard at all, with the exception of the Surface Connect port, so if you are using the Clipboard on its own, you will have to dock it to access USB. Like the Surface Pro 4, it would have been nice to see a USB Type-C port included, and the Clipboard would be a perfect spot for that.

Microsoft is calling the Surface Book “The Ultimate Laptop” and that is a pretty lofty goal for a first generation product. In this review, we will examine all aspects of the Surface Book and see how they compare to the best laptops around. Let’s start with the design.