Small businesses and power users often need the flexibility offered by a file server when compared to a dedicated NAS. This is where storage servers based on Microsoft's Windows Server offerings and systems based on various Linux and BSD distributions come into play. These servers can be bought as an appliance or assembled in a do-it-yourself (DIY) fashion. Today, we will be looking at a system based on the former approach - the Advatronix Nimbus 400. 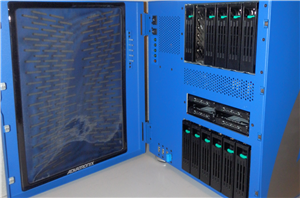 Advatronix Cirrus 1200: a Storage Server Under Your Desk

The Advatronix Cirrus 1200 tries to distinguish itself from the average tower server offering with a cube shaped desktop that has many hot pluggable hard disk bays. Will the...